When My Love Blooms made its debut this week to positive reception from fans, the drama starring Yoo Ji Tae and Lee Bo Young shows two lovers reuniting after two decades in a fated encounter. In the first episode, we got to see Jin Young and Jeon So Nee portray a young couple of Han Jae Hyun and Yoon Ji Soo, respectively.

In this article, we will take a look at what’s next to come in the second episode of When My Love Blooms that will air this week, as well its streaming details.

When My Love Blooms Recap & Preview

In the past, Yoon Ji Soo (Jeon So Nee) fell in love with Han Jae Hyun (Park Jin Young), who was part of a protest during college. Yoon Ji Soo was caught up in the protests, and Han Jae Hyun saved Yun Ji Soo. Yoon Ji Soo later found out that Jae Hyun Han is the chairman of the Department of Law, and pursues him, and continues this relationship.

Yoon Ji Soo’s son Lee Young Min threw a chair at Han Jae Hyun’s son Han Jun Seo (Park Min Soo), and the parents were called to the school. Han Jun Seo has been bothering Lee Young Min, and Lee Young-min has been unable to tolerate it. However, neither Lee Young Min nor Han Jun Seo revealed anything to their parents. Yoon Ji Soo and Jae Hyun Han, who haven’t met for a long time, are reunited via their sons.

Park Jin Young and Jeon So Ni fall in love like fate and lead the atmosphere of the drama by purely acting out the characters that brightly color each other’s youth. The words that express the most beautiful and happy moments in life, the two who were in charge of the pure love story in line with the meaning of ‘When My Love Blooms,’ raised viewers’ curiosity about the plot development in a different atmosphere from Yoo Ji Tae and Lee Bo Young. 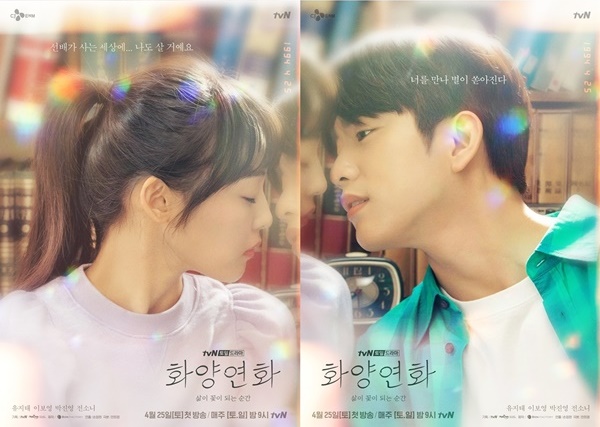 For viewers who want to watch the show with English subtitles, streaming platforms Rakuten Viki and Viu are streaming it. The episodes should be available sometime after their broadcast in Korea.

It should be noted that it’s possible that the show might not be available in your region, and if that’s the case, you might want to use a VPN service or proxy to bypass the region lock.