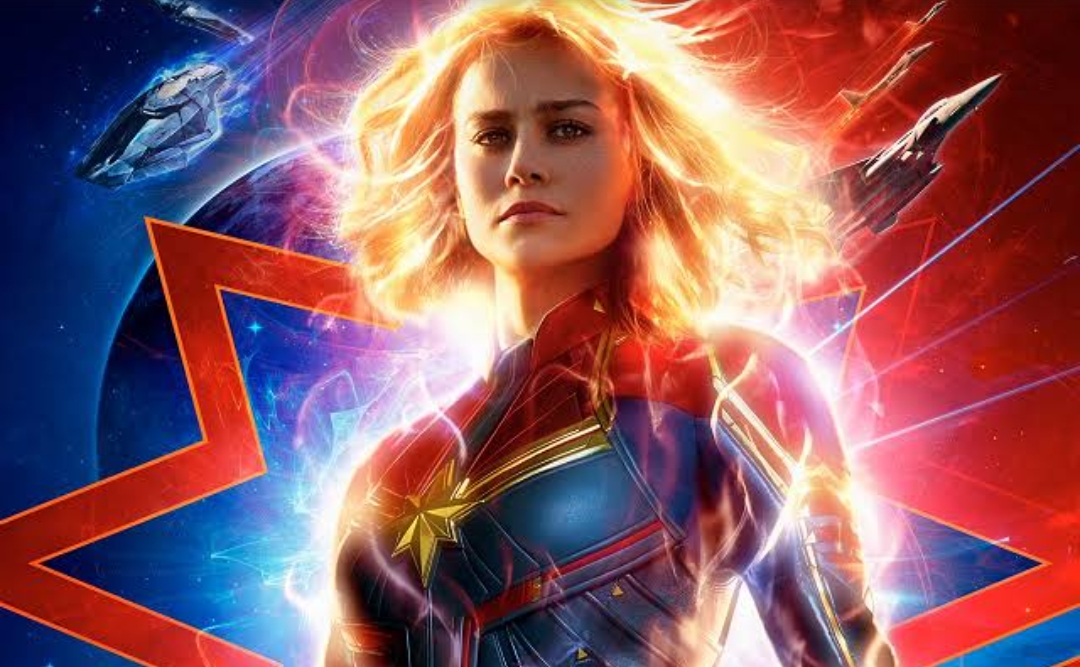 When it comes to Superheroes, it is indeed hard to create a character who is competent, charming, morally perfect, and still interesting. While some of the characters gain popularity immediately and for a few, it takes some time before the fans can warm up to them, there are also characters we have been watching on screen for ages and still can’t help but dislike them. Usually, it is the responsibility of the anti-heroes to receive all the hate from the spectators but sometimes they end up winning the love from them. Similarly, even the Superheroes who are made to be likable end up being hated the most, either by a majority or by a competitive ratio.

In a recent survey done by us, where we have recorded the responses based on whom they consider the most hated character in the superhero world or whom they dislike personally, we have reached the conclusion that the ones who have more fans admiring them frown upon the most, irrespective of whether they are from Marvel or DC. In case you are curious about the same, here is a list of the top eight such characters in the movies who are currently most hated. 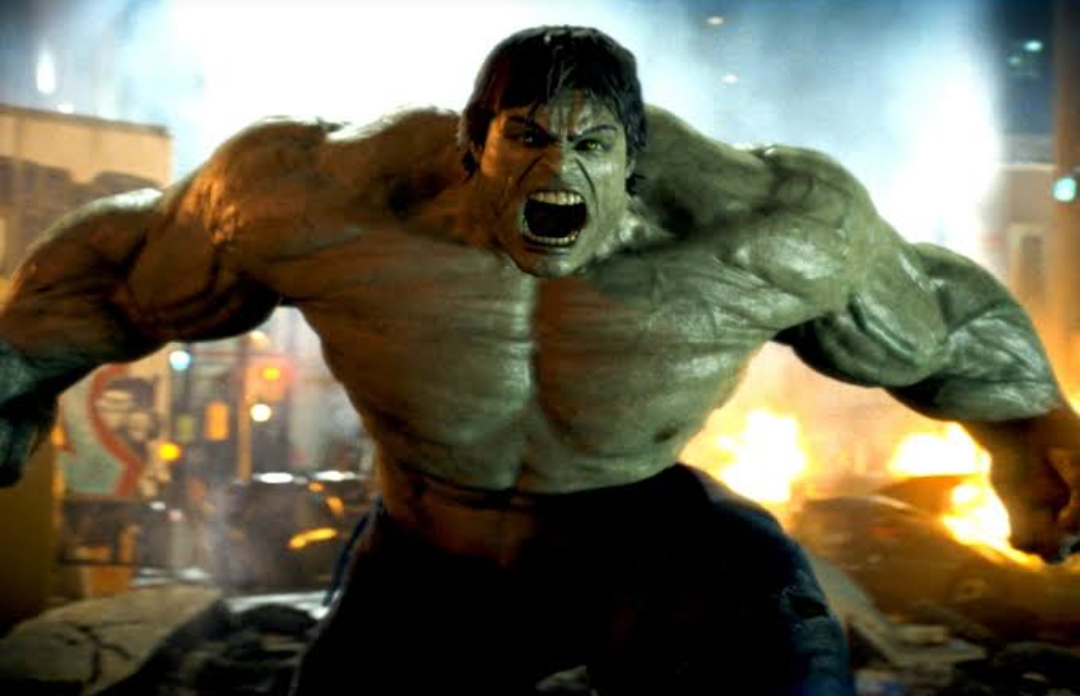 There are numerous Hulk anti-fans out there who don’t really hate the character but are not very fond of the concept behind his existence. We are already acquainted that this role has been played by several actors over the years starting from Ed Norton to Mark Ruffalo. Moreover, not many people read comic books where his character has been given more depth. The movies and TV shows have projected Hulk as a mindless brute with huge anger issues and minimal brain capacity. He has thus, been never seen as a real superhero like his allies including Spider-Man or Captain America. Also, it has been quite a long time since Marvel has produced a solo Hulk movie which might also have contributed to the result. The writers could have experimented a lot with his character to make him appear more appealing. 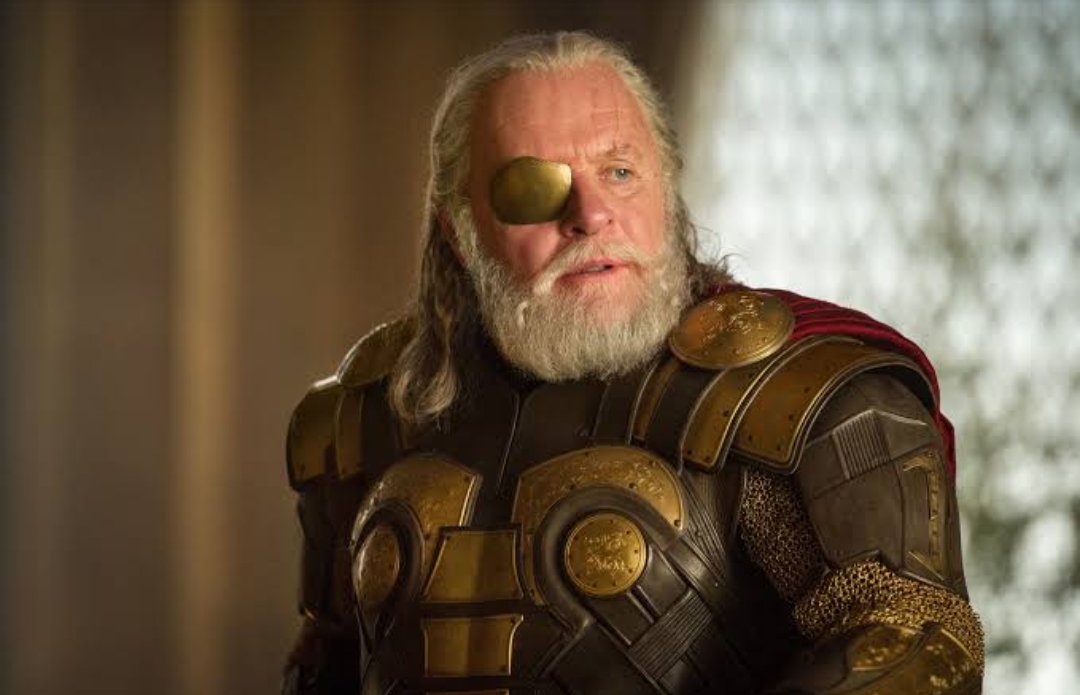 No doubt Odin is one of the most powerful characters in the Marvel Universe, being the king of Asgard and having Nine Realms under his protection. However, that doesn’t make him a person without any flaws. The character is just very cruel, violent, and full of unnecessary rage. Not to mention how he had been such a horrible father to all his kids and not just Loki. Odin took over the Nine Realms by force with the help of his daughter Hela and imprisoned her when he realized he couldn’t stop her blood thrust and ambition.

He tried to put Thor on the throne although he was yet to learn about humility, banished him, sent an army to capture him. He stole Loki from his homeworld and lied about his real heritage as a Frost Giant. Moreover, he drove him into villainy by comparing him to Thor and prioritizing Thor over him. Therefore although his character was reformed to some extent in his later years, the fans somehow couldn’t bring themselves to cheer for him.

Hawkeye, played by Clint Barton, is somewhat a character like Batman, who has no real superpowers but when it comes to being popular and likable, Hawkeye is no match to him. The only talent that he possesses is in an archaic form of ancient weaponry and nothing else. So if I committed a mistake by comparing him to Batman, I want to take that sentence back. Rather than being ridiculously smart, he is famous for the dumb decisions that he had made repeatedly, making things slightly difficult for the real superheroes around him. He hasn’t been of much help especially when he was needed (he could have sacrificed himself and let Black Widow live for saving the universe but he messed up that as well), so naturally people don’t find him amusing.

When he is a green-raged monster who smells like a dumpster at times, it is not ambiguous why people love to hate him. His ample amount of screen time in ‘Avengers 2: Age of Ultron’ also didn’t convince the fans in liking him. 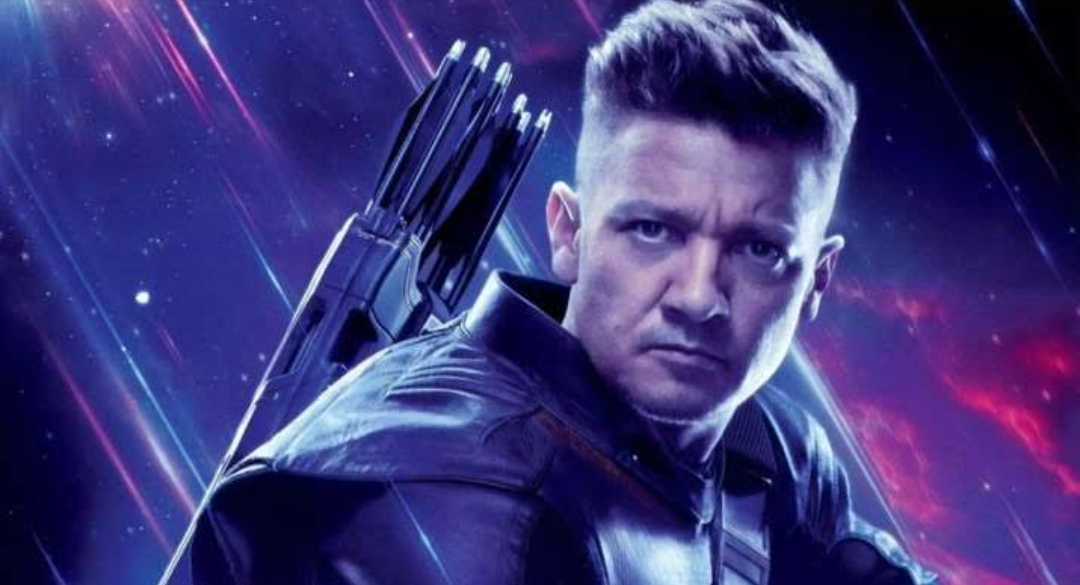 So there are really a lot of people who don’t like Carol Danvers’ character and their reason for it seems to be pretty much the same— there is nothing likable about her. She was first introduced in MCU in 2012 primarily for expanding the storyline and rather than giving her proper character development, the writers launched her as an already very powerful character. Captain America is considered an overly confident avenger who doesn’t think twice before destroying anyone or anything in her way. Her self-centered nature makes her think that she is way superior to all the Avengers out there, which makes sense as Kevin Fiege has himself admitted to it before introducing her.

People have not been comfortable with this remark since the decades-old Superheroes like Thor, who is literally a God, and Captain America who deserves a lot more than he has been given— had to be over-shadowed for letting her have screen space in major movies like ‘Avengers: Endgame’. Moreover, the actress playing the role of Captain Marvel, Brie Larson, has been very controversial for her political views.

A lot of people genuinely don’t like her because even though she was the love interest, Thor, her character ended up just being “okay” with little or no chemistry with him. Even Loki had a better romance with Thor than Jane Frost has had with him. Well, it is kind of true that she helped Thor in learning humility and at times she was visualized on the same level as the Asgardians when she engaged in the narrative and looked for answers. However, at other times it felt as if she could have been replaced by a doll, and still nothing much would have changed. The writers just didn’t know what to do with her in the third Thor movie although she did a decent job in the first two. 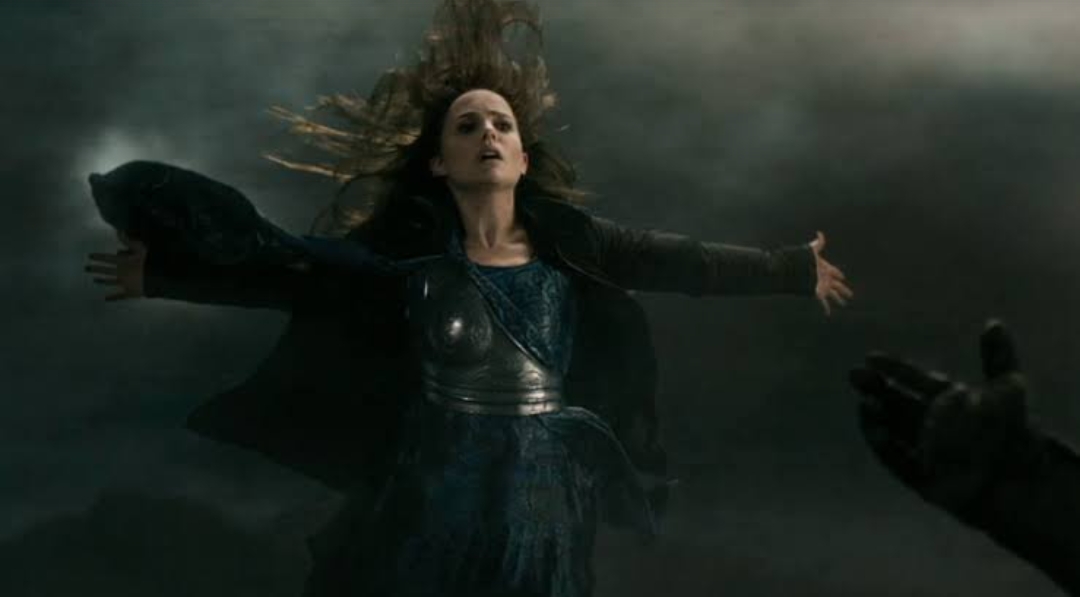 Just another superhero who fell a victim to being significantly popular. Batman is supposed to be a human being among all the Gods who is very smart and deals with every situation with his intelligence. However, it doesn’t seem that he is a human anymore. He can absolutely jump throw a spray of machine-gun fire without even getting hit once and even if that happens, he is still capable of beating down another set of thugs. Rather than sounding exciting, most of the time, it seems as if the writers are trying to put him on the same level as that of metahumans. Moreover, even if he is a person who has an IQ beyond anything, how can he plan everything in advance even without knowing if his tricks would work. He literally has a solution for everything and anything which is again, very unconvincing. 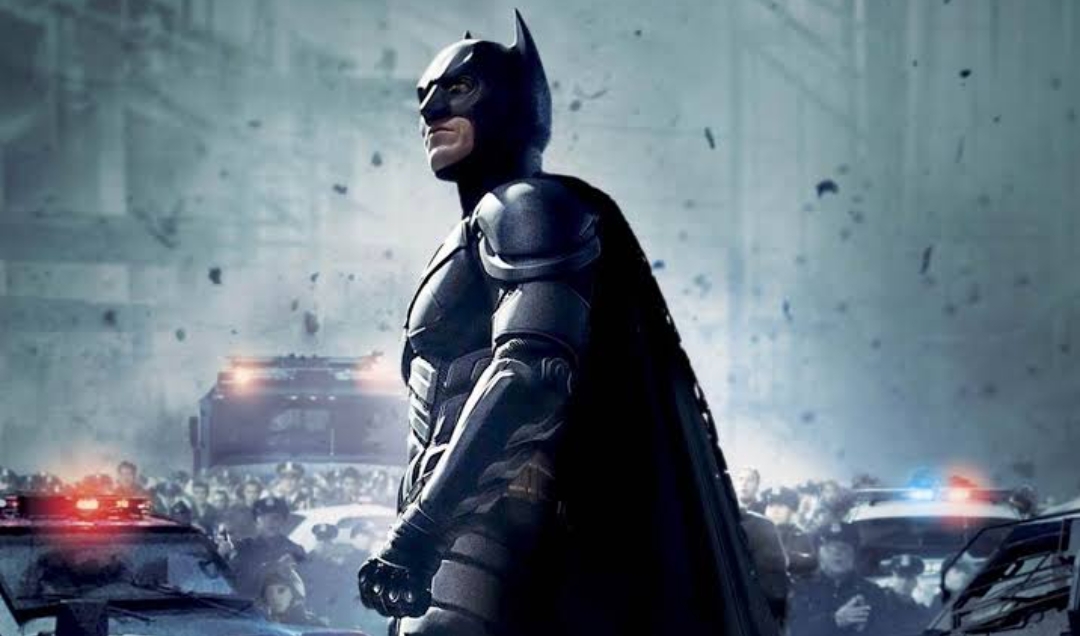 Superman is one of the characters who was doing fine in the comics but has received a lot of hate in the movie versions. People generally don’t like him since they consider Superman as overpowered and nearly invincible which eventually makes him very boring. His character is overall bright and full of optimism but that ‘boy scout’ image of him is not of any good anymore. He can do almost everything and anything and this might be the reason why people fail to connect with him. There is hardly any scope of character development left in him, and even his stories don’t seem to be challenging to a lot of viewers.

Moreover, people can’t help but prefer Batman over him (who receives a lot of hate too) because his stories, in some way, are more interesting than that of him. However, there is a reason why Superman is one of the most popular and promoted Superheroes of all time. So even amidst all this hate, his bright sides will never fail to please the viewers. 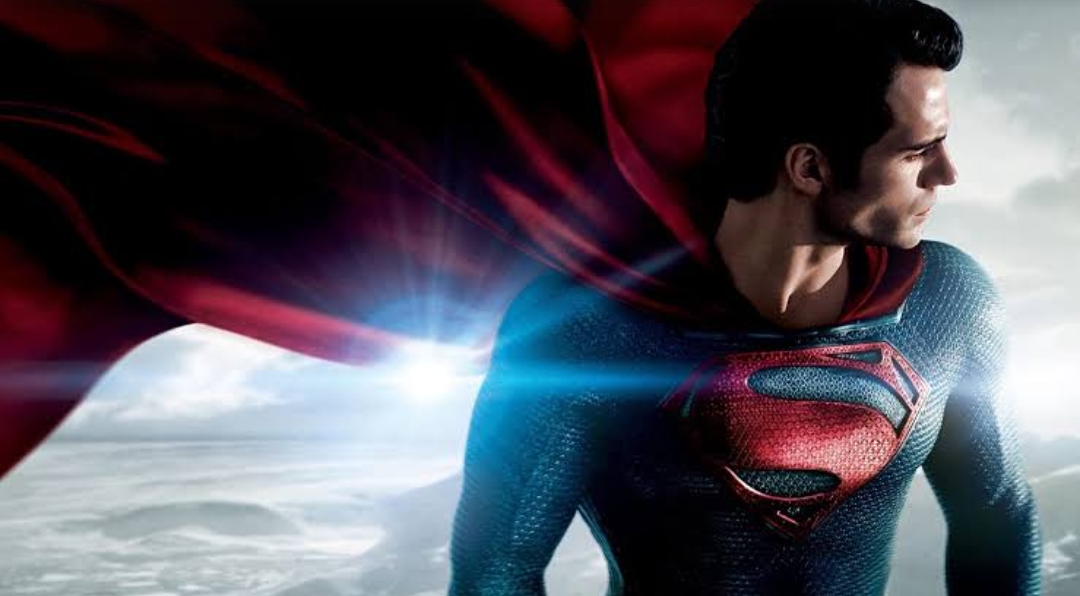 The more famous you are, the more will people hate you. That’s how human psychology works. Tony Stark has numerous fans all around the world but that also makes him one of the most hated superheroes. Well, he indeed is narcissistic and abrasive which a lot of people don’t find attractive. He is rich, privileged, spoilt at times, arrogant, and bears the reputation for acquiring others’ work. He is a naturally flawed person and no one can deny it.

Although he has always tried to help everyone in his own way, most of the time the aid came out as if he was determined to be a savior. He did not take into consideration the feeling of others while making a decision. One of the many reasons why people hate on him is because he created Ultron. Other than that, most of the time people compare Iron Man with Captain America and there is no way people will prefer him to Cap, who is both kind and morally right. 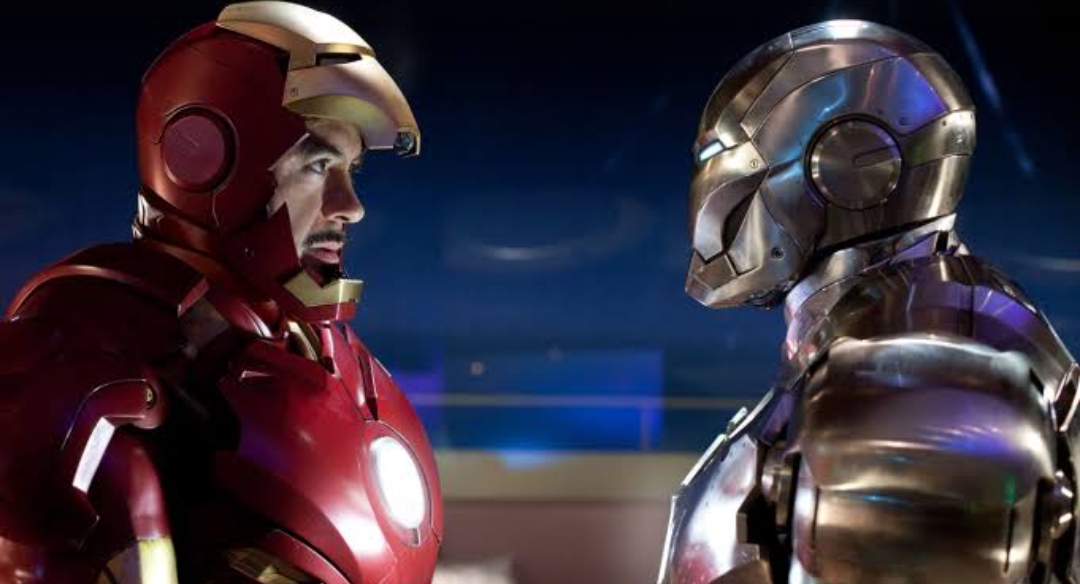 Read: Top Eight Interesting Facts About DC Which Are Not Known To Many