All the crime genre lovers, this is the treat for you. “Only Murders in the building” is a series that comes with the whole package; it deals with crime, mystery, and comedy. Three crime lovers come together to solve murders that happened in their building. The much-loved series is back with its second season and already getting love and appreciation from the audience. Maybe it is the craze for the first season, but the second season was released on 28 June and has already gotten the deserved attention. The saying ‘back with the bang’ goes well with its success. The show starring Steve Martin, Selena Gomez, and Martin Show has surely impressed you, and now that you are done with watching it, you crave for more. Say no more; we have brought the list of 10 series similar to ‘Only Murders In The House’ to fill your appetite for light-hearted crime series.

The series is just like ‘Only Murders In The Building’ but darker. All the detectives involved in solving the mystery are not actually detectives. Instead, they are some twenty-something people who start their investigation when their old college friend disappears. This is the classic storyline of a crime series, but the ‘Search Party’ has a lot to offer just than that. They do not know anything about the crime world but still are determined enough to find a friend.

Watch it on HBO Max 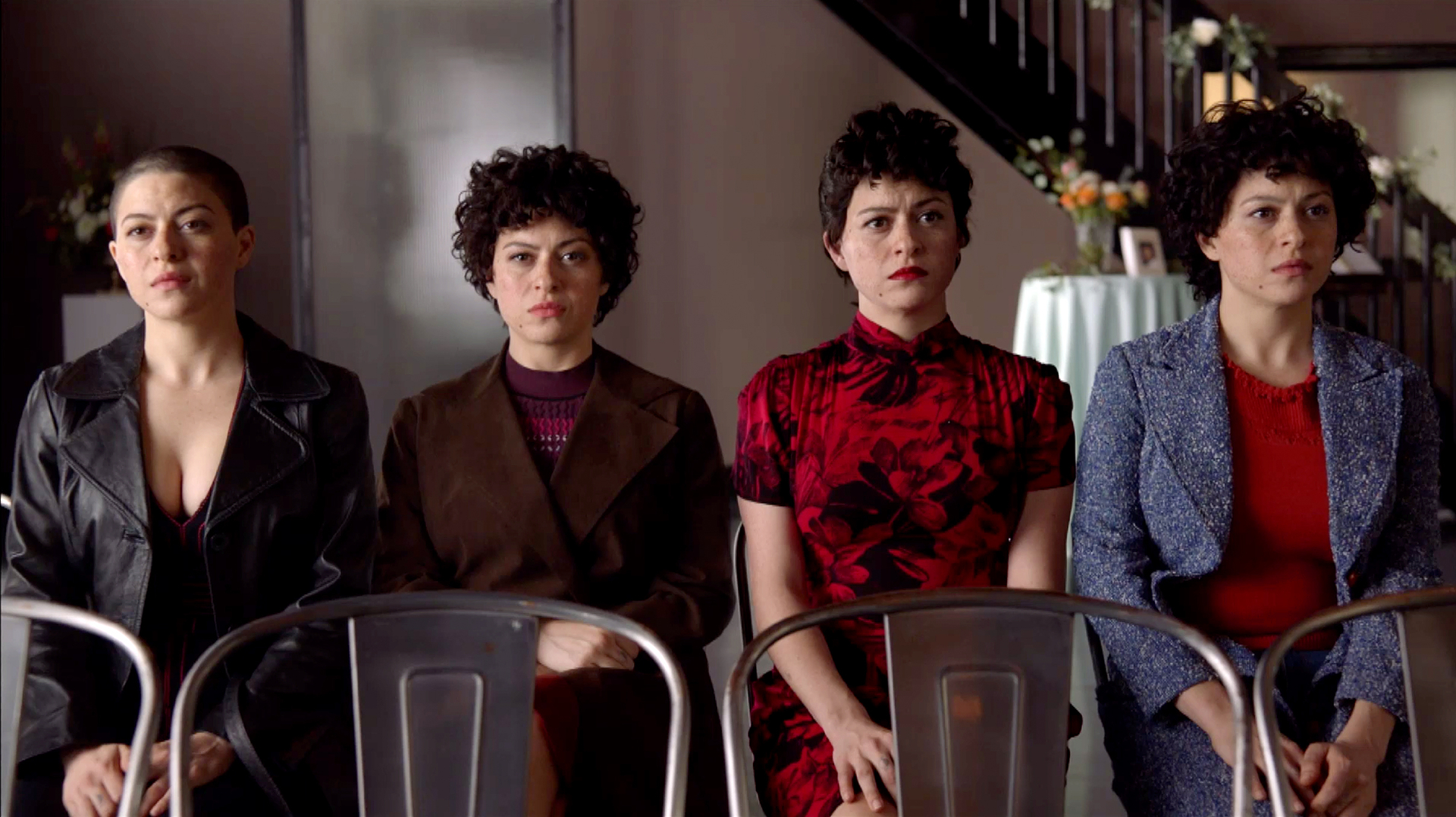 The fact that the series is written by the acclaimed novelist Jonathan Ames is enough to watch it. The series will give you chills of the crime with the tempering of comedy. The story revolves around Jonathan Ames (played by Jason Schwartzman), who failed as a writer and wants to try something new. He, along with his friends Ray (played by Zach Galifianakis) and George (played by Red Danson), starts his career as an amateur detective, but they only work at night. So this writer takes the help of crime novels to solve the mysteries.

Watch it on HBO Max 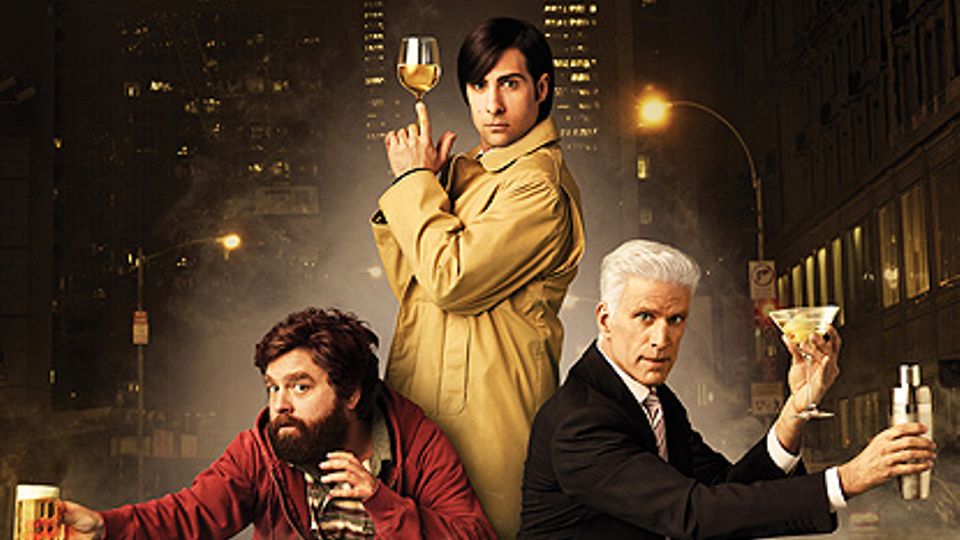 The series stars Nathan Fillion in the leading role. ‘Castle’ gives the audience glimpse of how it looks when a novel’s plot comes to life. Castle is the best-selling author of crime novels and is shocked to see how a psychopath uses his books to commit a crime. And then, the author starts his first investigation with his partner Kate (played by Stana Katic). Further, he gained access to the NYPD’s homicide unit. The fictional stories coming to life are what keep the audience hooked up to the series.

Watch it on DirectTV Her one-night stand became the terror of her life. Imagine if you just wanted to have fun, but fate has something else decided. The possibility of getting charged with murder is the last thing that must have been in Cassandra’s (played by Kaley Cuoco) mind when she started her day. Her own demons started tearing her apart when she discovered that a man, Alex (played by Michiel Huisman), with whom she had a one-night stand, was brutally murdered. The season is adapted from the book of the same name.  The terror-stricken flight attendant wants to erase any record of her being with the victim. Each episode of the series slowly uncovers the mystery and sends a shiver down the spine.

Watch it on HBO Max. 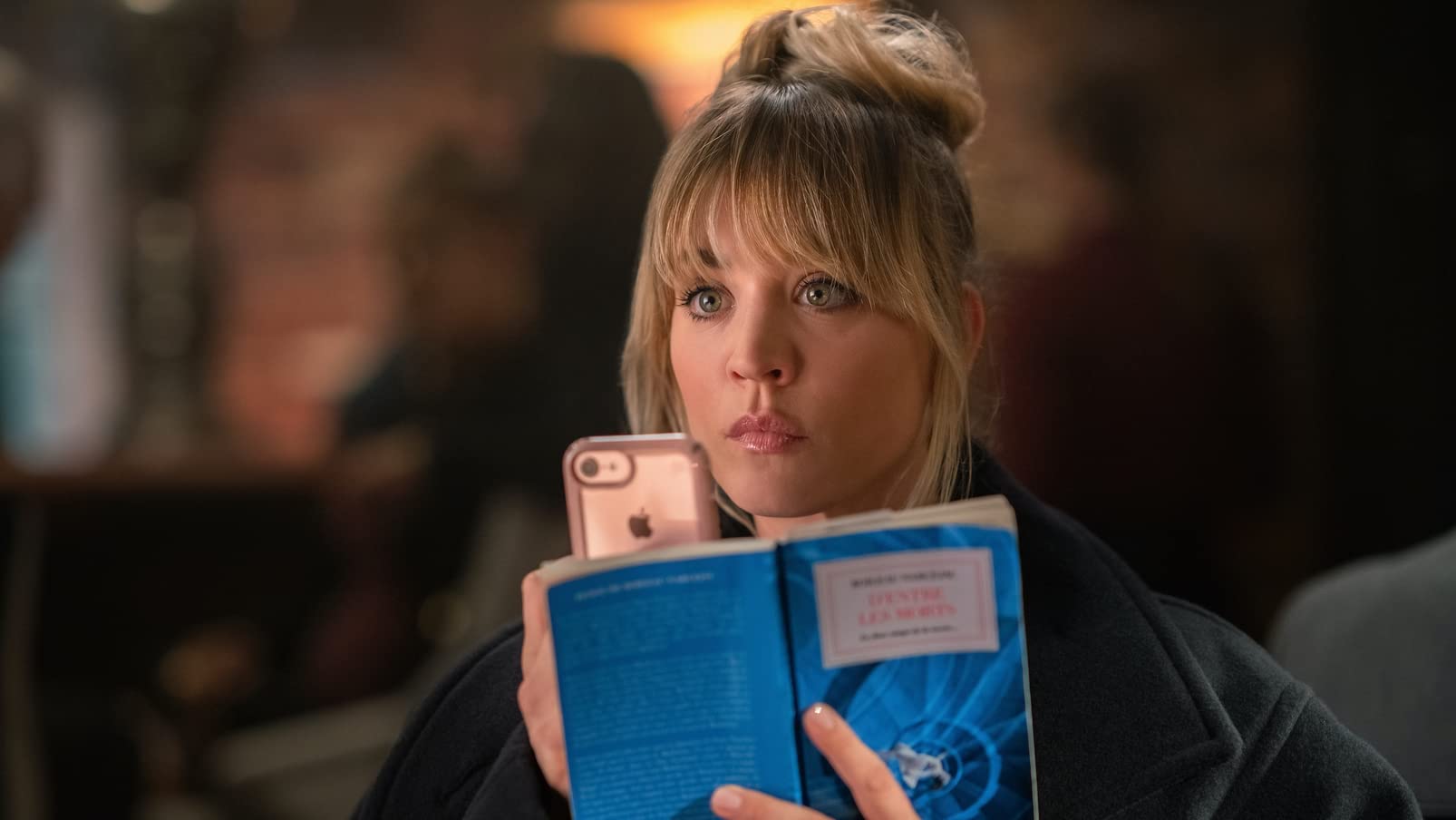 Hap and Leonard is a series with three seasons released in 2016. The story of two detective friends is based on the juicy Southern-noir book series written by Joe Lansdale. Let us tell you; this is not what you think; they are not really skilled and talented but often find themselves in challenging situations. The story is set in the 1980s. Instead of proof and witnesses, they solve the crimes with their instincts and surprisingly catch the criminals. The chemistry between the two friends is humorous, and the character development done by the creators is very smart. In addition, the series raises a question about societal issues like classism, racial inequality, and homophobia from time to time.

Watch all three seasons on Netflix. Adriana Monk is the obsessed and compulsive homicide detective who is now turned into a police consultant. He set the tone of the series right. Although he will be put in deadly situations, we always get light-hearted entertainment. Tony Shalhoub played the role of Adriana Monk, and now we cannot imagine anybody else doing this role. No matter how serious the situation gets, Monk always finds his way and beautifully balances each situation. You will get the humor just by the Monk’s quirky personality. Watch the series for the spectacular acting by Shalhoub, who won three Primetime Emmy Awards for the role.

Watch all eight seasons on Peacock and Amazon Prime Video. Psych is one of the most loved long-running detective series. The witty and wannabe characters are the oxygen of the series. The story starts when Shawn Spencer (played by James Roday Rodriguez) thinks that he has some psychic powers through which he can solve crimes. To his luck, he and his best friend Burton (played by Dule Hill) got hired by the police, and proving themselves as a real detective is now their mission. Not just that, both of them have to give the friendship test in struggling situations.

Watch it on Peacock and Amazon Prime Crime writers can become excellent detectives. This is not just our theory; it is proved time and again by our favorite crime thrillers. Queens of Mystery is also one such series. But, mind you, it is not ordinary. Feel the thrill and excitement rushing through your spine while watching the series. The story follows a group of sisters who have only one skill, ‘writing a crime drama,’ and now they are using that skill to solve actual crimes. And for that, they take help from their 28-year-old niece.

Watch it on Acorn TV This series involves the supernatural but sets the just-right tone needed for the light-hearted crime show. In the series, we see Samuel Barnett in the lead role, who is the spiritual detective solving the crime with gut feelings and fate (‘kismet’). Thankfully, he is not alone in this supernatural world. He works with his strange partner Todd (played by Elijah Wood). The characters are entirely different from each other, which guarantees laughter. The series will keep you engaged throughout.

Watch it on Hulu. 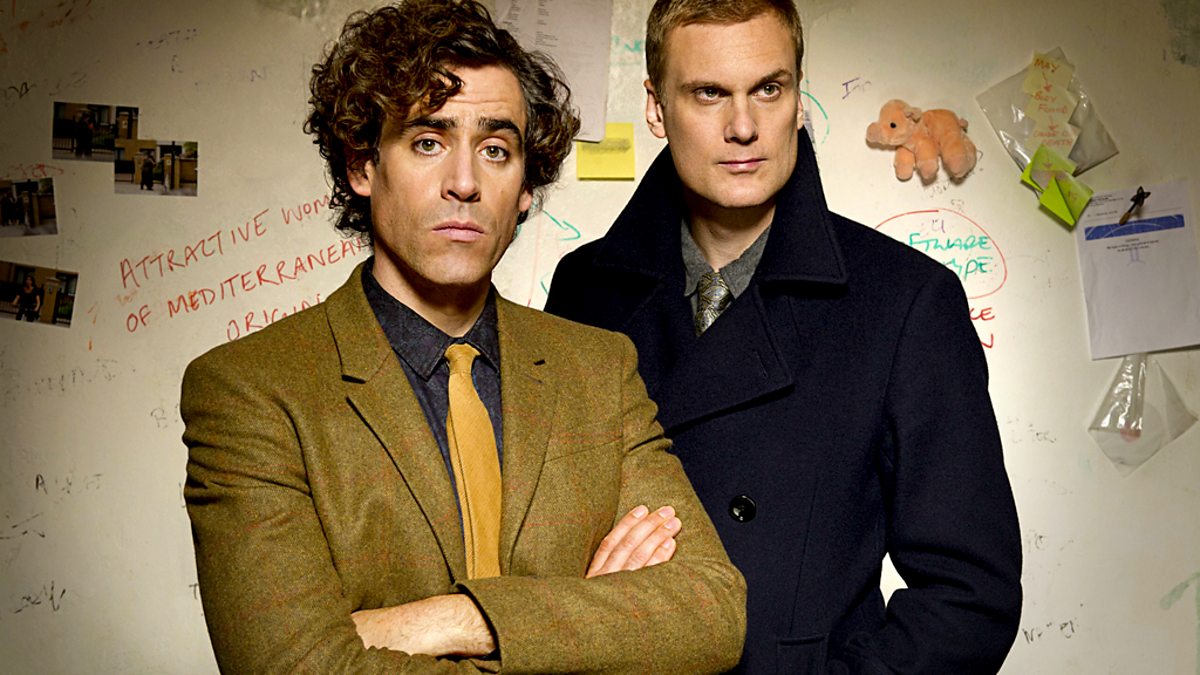 What kind of person are you, ‘The easily adjusting to new surroundings one’ or ‘I can’t live here’ one? If you are any of them, watch the series “Death In Paradise.” The story revolves around the detective who absolutely hates the sun and anything related to it, and yes, one more thing, he absolutely hates being free. 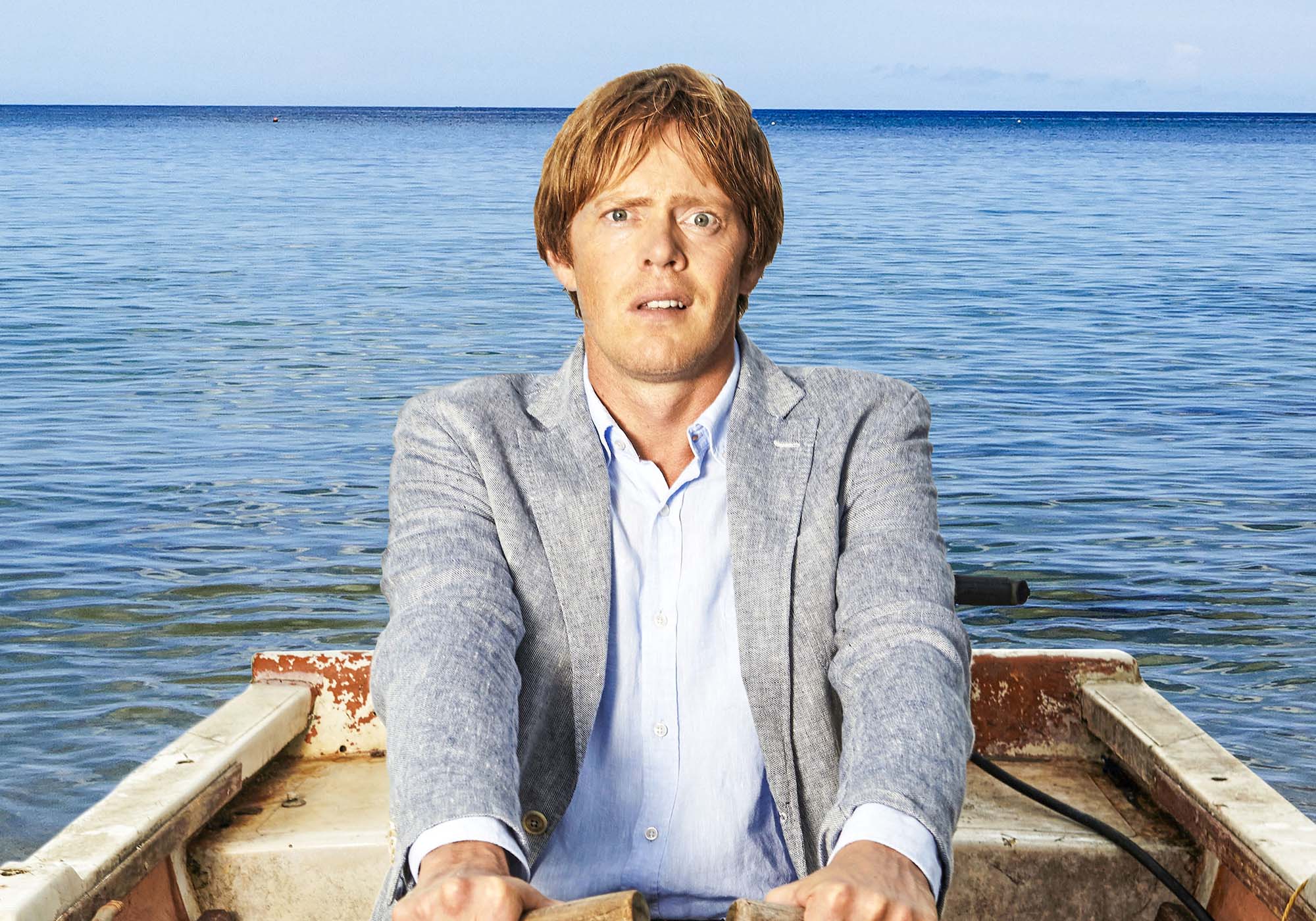 DI Richard Poole (played by Ben Miller) is not the great detective in Britain, but he surely behaves like one. Unfortunately, this ‘hate almost everything’ detective is sent to the Caribbean to solve the crime. His being in paradise and absolutely hating it will give you unlimited entertainment filled with laughter.

Watch it on Britbox.