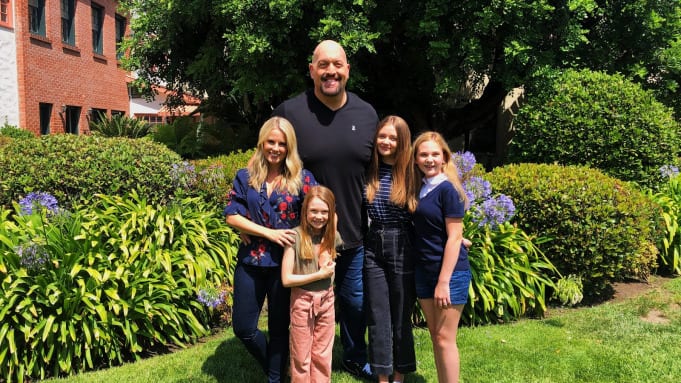 Just when you thought he was out, they pull him right back in! After what you may call a quasi-retirement WWE megastar Big Show is to star in a Netflix family sitcom of his own.

The announcement took us by surprise, semi-retired The Big Show is all set to do a family sitcom for Netflix. This WWE veteran to join the league of WWE wrestlers to move from professional wrestling to acting. The man has earned his name every bit, first discovered by Hulk Hogan and hired by WCW executive Eric Bischoff. From there on, Paul “The Big Show” Weight has only done wonders in the professional wrestling world. Wight/ or ash he came to be called later the wrestling star went on to have a career that most wrestlers envy- countless world titles against the best of the best in the game.

A quick brief history about Paul “The Big Show” tells us that Wight (as he was first known) debuted in 1995 as The Giant. He won the WCW World Championship in his first-ever damned match, playing against Hogan. From there, Wight made a switch into the scripted sport and by 1999, had has professionally stepped into the then-WWF, at the height of the Attitude Era. The Big Show semi-retired from professional wrestling, having never made the announcement of officially retiring from the ring. In the November 2018 edition of SmackDown, he teamed up with The Bar against The New Day.

What brings him into the headlines once again, is the next phase of his career- of course in the entertainment world. Deadline first broke the news of the veteran wrestler starring in a new Netflix family sitcom. The show is entitled “The Big Show Show, ” and filming for Season 1 is fo begin from August 9. The first season will consist of 10 episodes.

The premise of The Big Show Show is almost like a real yet fictionalized version of Big Show’s life. It is an ex-WWE superstar who suffers some life-altering experience when his teenage daughter moves into a house that houses him, his wife, and their two other daughters, already.

It just remains to be seen whether the show wins in the eyes of the audience as Wight has time and again demonstrated his comic timing during his wrestling career.