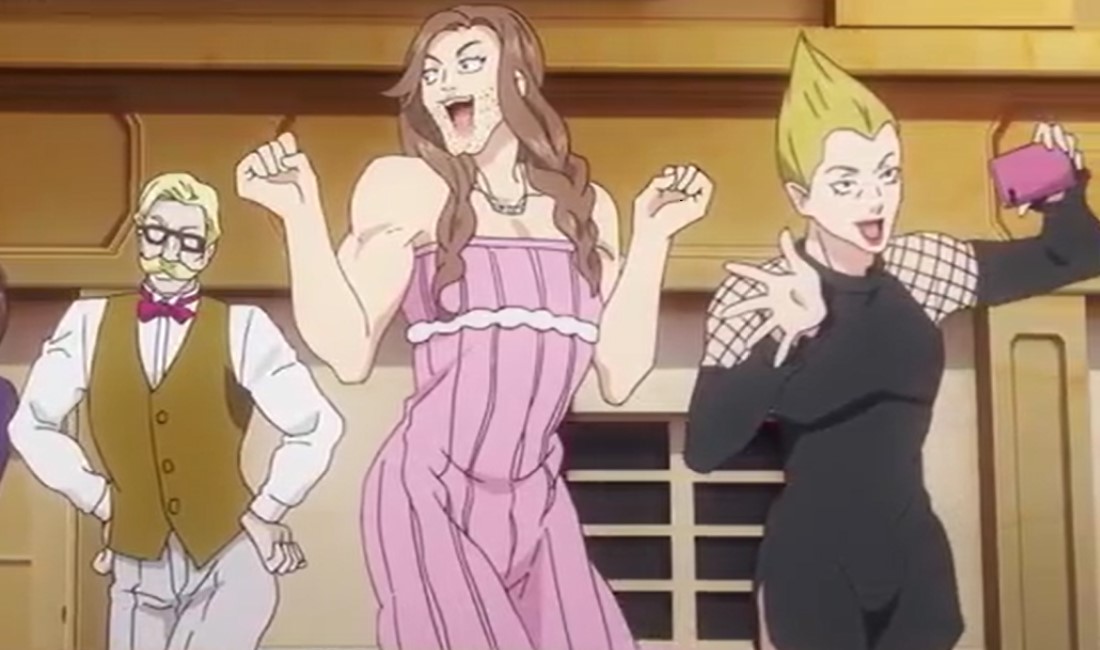 We are still in BLUE where the competition is being held, the chefs are ready for a team battle. Each team must work together with their member and support each other to win. Takumi Aladini has only one supporter his brother Isami Aldini. The judges said that the Aldini brothers have been making a name. They even beat the Toro Tuna Brothers in a Shokugeki. Aldini brothers are going to face a group of Don Kama.

Ikumi and Megino are looking for Nakiri who is missing, Ikumi said that she will keep on looking, Megino can return back to Aldini’s match. Soma is trying to find a way to a venue with other chefs. Meanwhile, Alidini tries to call his brother to come quickly to the venue. Noir said that Don Kama is pulling a funny business and Don calls his girls to come and help him.

The Fifth Plate is about to reach its end, here we see Soma taking up his team to a high level. Soma want to fulfill the wish of the Bookmaster. The Bookmaster wants to taste a dish that is never tasted in this world, let’s see if Soma will be able to do it. Today’s post is about Food Wars Season 5 Episode 9 update, preview, and recap.

Food Wars Season 5 Episode 8 will be released on Saturday, 29 August 2020, at 12:30 PM JST. A new episode of Food Wars will be released every Saturday. The spoilers of episode 8 are not yet available. Let’s take a look at what happens below. 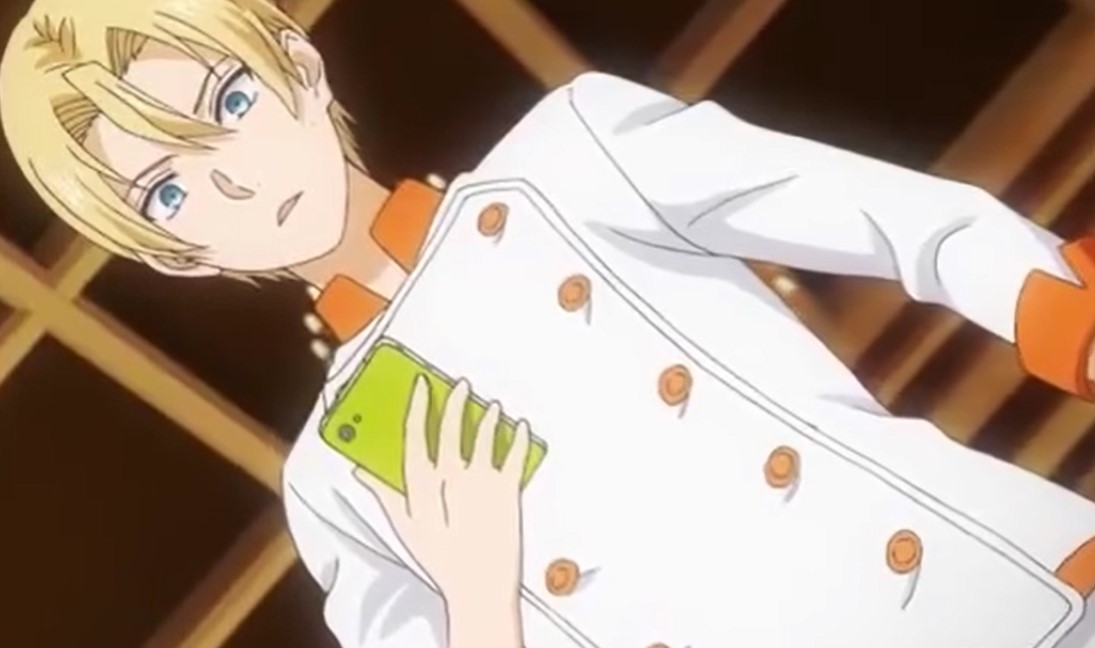 The theme of the match between Dom Kama’s group and Aladini will be an amuse-bouche cremated through teamwork. The judges will be the WGO adjudicators Dynamis, Rantabi, and Historie. Tranchant announces that they must begin cooking even Aladin’s brother hasn’t arrived. Doma Kama’s group show a brilliant performance use their love cooking skills.

Don Kama offers a verrine to the judges, a verrine is a kind of a small glass filled with any savory or sweet dish. The judges tasted the verrine and it is raining fruits inside their body the felt like they are in the air. Soma shows up and everyone is surprised to see Soma instead of Aladin’s brother. Don wanted Aladini to be disqualified for bringing Soma and Megino to help him instead of his brother.

Anne announces that the Bokmater is observing everything. The Bookmaster said that the reason she came up with teamwork is that for each team to bring out their full potential. Bookmaster allows Aladin to change his support members since his brother is not showing up. Soma and Aladin had a Flashback when they use to compete together to see who is the best chef.

Aladin uses a new cooking skill called Denza Sparda and prepares a verrine. The judges are surprised to see verrine in a single color on top of it, it has a shape of yin and yang. Aladin’s group beat Dona Kama 3:0.