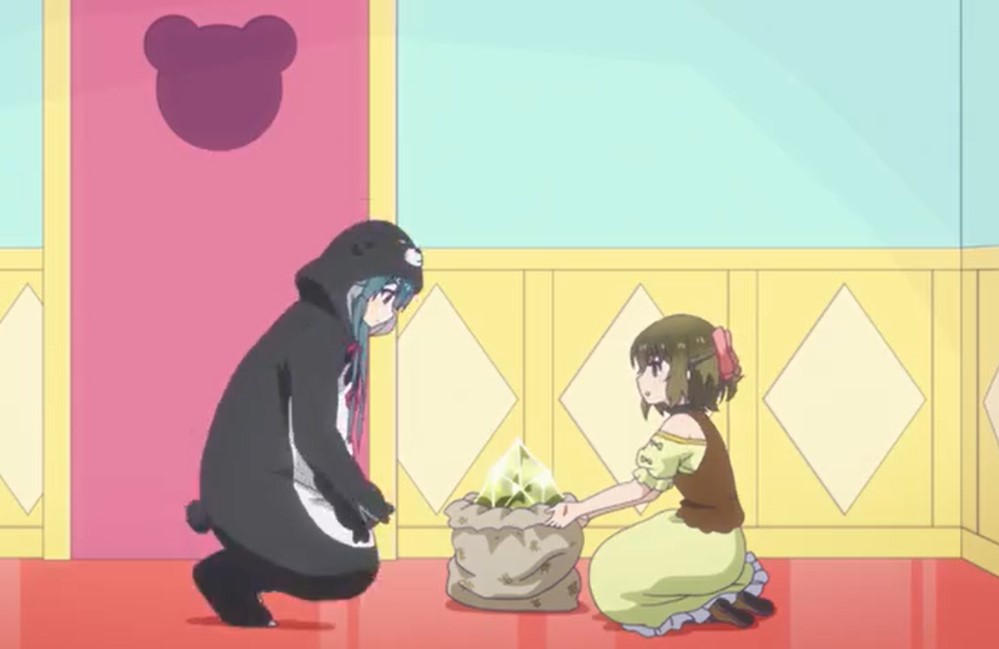 The villagers have gathered at the entrance of the village to their surprise they are witnessing the black viper that was killing humans. They ask each other how the Bear takes on a powerful thing like that. Gentz came and told everyone to start harvesting the black viper before it rots. He also told them that they are going to split their body into ten parts then skin it and remove the teeth. Fina is happy and her days have been full of surprises ever since she met Yuna.

Fina is happy that Yuna keeps on defeating monsters one after another and they are making a living out of it. They both work together and did what Gentz has told them to. The next day Yuna is using her magical powers to fill the house she has built in a day with furniture. The villagers keep on coming near her house since she has become popular after defeating the monsters and protecting the villagers. Fina visited her and told her that they have finished harvesting the black viper.

Kuma Kuma Kuma Bear Episode 5 will be released on Wednesday, 4 November 2020, at 9:00 PM JST. The new episode of this Anime will be released every Wednesday. For you not to miss a single episode you can convert the time above to your local time. Let’s take a look at the updates below. You can officially watch this Anime on AnimeLab. 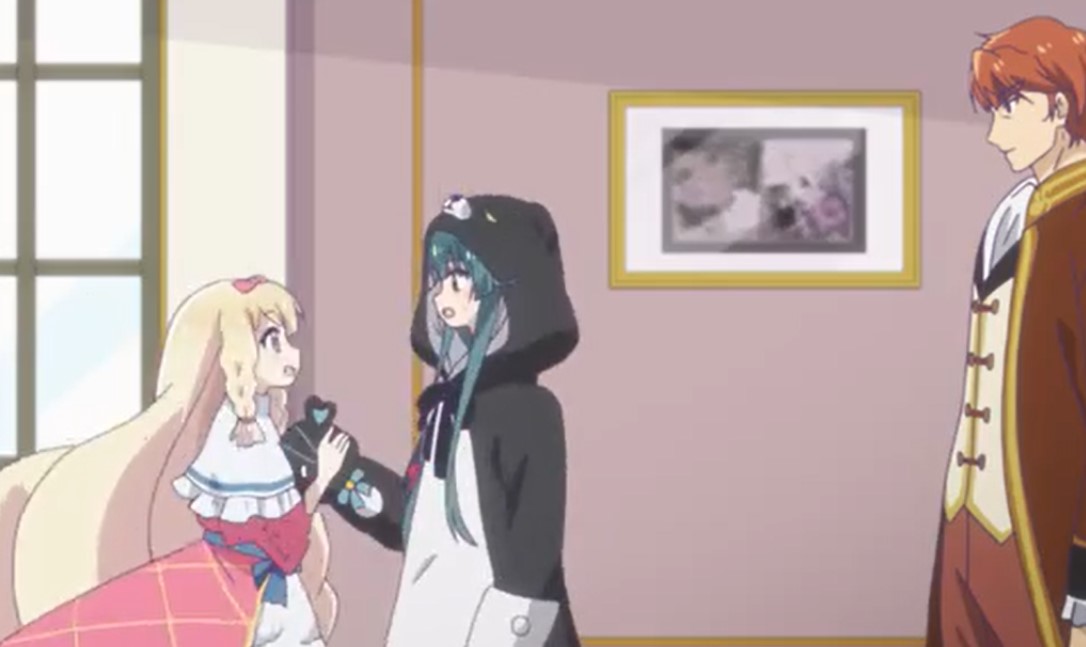 Fina shows Yuna the black viper mana gem and she thanks her and heals her wound that she got when harvesting. Yuna told her that she must take a break from harvesting tomorrow. Fina told Yuna that Miss Helen ask her to come to the guild tomorrow. The next day Yuna met with Hellen and she got introduced to the Guild master. Helen reveals that Cliff Foshurose has a request for Yuna and Yuna wanted to go home without listening.

Yuna replied that it is not a normal request, nobles and royalty doesn’t care about their people. The Guild master told Yuna that Cliff is a wonderful lord and he puts his people first. Helen begs Yuna not to refuse since it will affect the people’s trust in this guild. The Guild master reveals that Yuna must be prepared to escape the town if she refuses Cliff’s request. Yuna agrees meanwhile, Fina’s mom’s health has deteriorated. She left Furi to watch over their mom and head to buy medicine.

Later Yuna met with Cliff who told her that he wants his daughter to meet her since she saw her in town and got interested in her. Cliff’s daughter Noa shows up when they are talking. She is so excited to see Yuna who is dressed as a bear. Yuna has noticed that Cliff is a good noble and Nao gets to know Yuna and spend a good time together.

In the afternoon Fina met with Yuna and told her about her mother that even the medicine they bought is not working on her. Uncle Gentz has gone to look for another medicine but he hasn’t come back. Yuna went to Fina’s house and tries to heal her but it works for a few minutes. Yuna tries to use the magic for the second time and Finas’s mom thanks her for making her talk with her daughters for the last time. Yuna told her it is not the end and she tried another spell that healed her.

The updates of the upcoming episode after this one, they will be available after episode 5 is released. For today that is where we end with all of those updates.