ACT-AGE has been dropping some very good chapters lately, and we believe this manga deserves a lot more recognition than its getting right now. The story is very fun and so is the premise. In this post, we’ll be talking about the next chapter of the manga. If you’re one of the people who read ACT-AGE, then this post is for you as we’ll be discussing everything that we know about the upcoming chapter, from its officialto the scans to where you can read it online. So let’s get started! 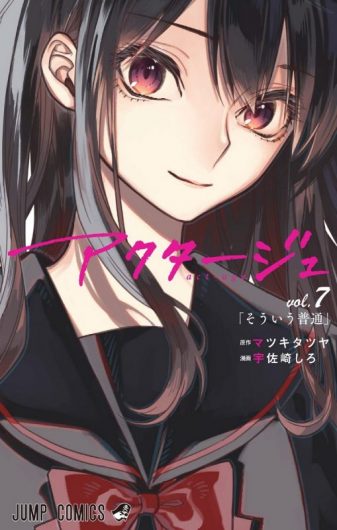 In Shueisha’s Weekly Shounen Jump Issue #52, we got to see ACT-AGE chapter 90 and it definitely lived up to all our expectations. The next is going to drop in the first issue of Shueisha’s Weekly Shounen Jump magazine. As some of you may know already, the Jump issue drops next week, on December 1, 2019. So, the official release for ACT-AGE Chapter 91 is the same. You can read ACT-AGE Chapter 91 officially on the Shonen Jump app, or the MangaPlus app. Both of these apps offer reading the manga for free, so you can do that if you want to.

Other than that, ACT-AGE Chapter 91 will be out on scanlations form on Friday, November 29, 2019. The scans will likely be available to read on Jaiminisbox, although we suggest you read the chapter officially to support the author. It makes a big difference. The choice is all yours though.

Are you excited about ACT-AGE Chapter 91? Let us know your thoughts on it in the comments section below!