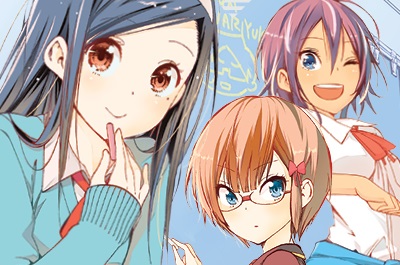 We Never Learn continued earlier this week with Chapter 137. Nariyuki and his students were eating at a restaurant having their casual conversations, and they were talking about Nariyuku’s favorite chocolates as Valentine’s day was around the corner. Uruka got Nariyuku his favorite chocolates but was too shy to give them to him. When Tokumori and her friends were making some chocolates, she revealed that she would be giving them to Nariyuku, which ended up surprising them. Uruka then brought out Nariyuku’s photo album for everyone to see as they are looking forward to spending time with Nariyuku on Valentine’s day.

This created the suspense of the upcoming chapter, as we will see how their preparations for Valentine’s day would end up and how each of them plans to spend it with each other. We Never Learn Manga is published on a weekly basis by Viz media on its official website. Chapter 138 is scheduled for release and official publishing on the 1st of December 2019.

We Never Learn it is about the story of Nariyuki Yuga, who is a senior student attending at Ichinose academy. He had to tutor three female geniuses of different subjects. As he works with the three of them, they also have to deal with their developing feelings among them as they are involved in activities like trips to the beach and after-hours trips to the schools swimming pools for practice.

The Manga began serializing in Weekly Shonen Jump magazine from February 2017 with Shueisha publishing 12 volumes by June 2019. VIZ Media licensed and serialized the Manga from March 2018 with Shueisha simul-publishing it in English on its official website, Mangaplus, in January 2019. Studio silver and Arvo Animation had announced an Anime adaptation airing from 7 April to June 30, 2019. The second season began its run from October 6, 2019, and is currently ongoing.