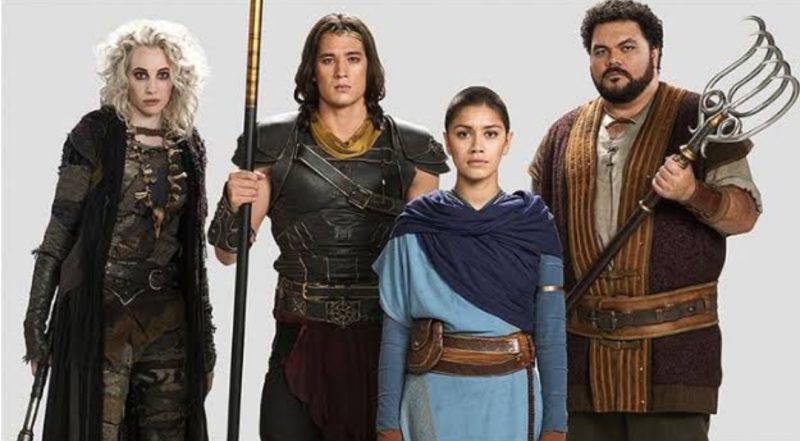 The New Legends of Monkey airs on Netflix and is inspired by the 1970’s Japanese show Monkey, and that show was based on a 16th-century novel called Journey to the West by Wu Cheng ‘en. The first season had ten episodes, which were released on 28 January 2018.

The cast of The New Legends of Monkey Season 2

The story has fewer characters, but there are mainly four protagonists. The casts include Chai Hansen, who plays the role of the Monkey King. The other important characters include Luciane Buchanan, Josh Thompson, and Emilie Cocquerel.

There are some recurring casts, as well as Jarred Blakiston, Josh McKenzie, Jordan Mooney, Rachel House, Daniel Watterson, Bryony Skillington, and so on. The second season would bring with itself a new set of characters as the new cast reprise their roles.

The storyline of The New Legends of Monkey

The show has a lot of fantasy elements and has set in a world where the earthly realm has been taken over by demons. The gods have been forced to hide. As the demons rule the lands, they oppress the humans and gods are powerless.

A scholar plans to bring together some warriors to free the legendary Monkey King, who was imprisoned under the mountains around 500 years ago. As the scholar and his group unite and begin their mission, they face a raid from demons, and all of them get killed except Tripitaka, the scholar’s daughter. She manages to free the monkey king, and they return with him

When is The New Legends of Monkey Season 2 update?

The first season had come out on 28 April 2018, and after that, we have not heard anything about the release of the second season. This might be taken as bad news, and those who want a second season might get sad. However, we got to be optimistic and hope for a renewal in 2020. We will keep you posted as soon as we have any updates.