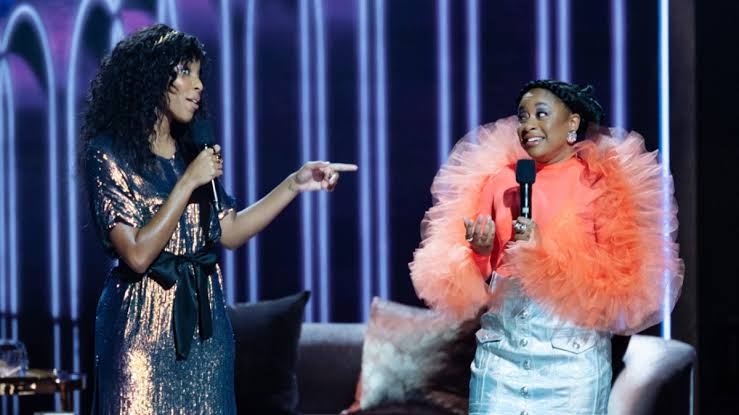 2 Dope Queens is an American comedy podcast produced by WNYC Studios. It brings together US Comedians from diverse backgrounds and expresses societal dogmas with humor. The podcast is hosted by Jessica Williams and Phoebe Robinson and features different themes and guests for different episodes. It was first launched on 4th April 2016 and earned the status of the No.1 iTunes podcast for the first seven days following launch. Its the second season was launched on 08th February 2019.

The star feature of the series is that the hosts are both hilarious and socially aware. The guests of each episode, who belong to diverse marginalized backgrounds, express and point out societal dogmas and flaws in mainstream humor, which conspicuously enforce stereotypes in society. With both serious and non – serious issues raised in each unique theme of a different episode, the hosts and creators have proven that we can all be funny, inclusive, and compassionate at the same time.

As said earlier, the podcast show is characterized by the hosts bringing three guest comedians in each show who belong to different categories – some are female, some belong to LGBT, some are ‘black-skinned,’ but one thing is same – they destroy evil mainstream. The guest comedians included Jon Hamm (famous for his role in “Mad Men”), LeVar Burton, Nick Kroll, Aparna Nancherla, Marc Maron, among others. The hosts – Jessica Williams and Phoebe Robinson bring even reputed stars in his show like Daniel Radcliffe (famous for playing Harry Potter), Sarah Jessica Parker (known for her role in Sex and the City) Lupita Nyong’ o (famous for Black Panther). The peak of the podcast show came in the finale of Season 2 when the hosts were accompanied by the Ultimate Queen – Michelle Obama. It is obvious that the hosts will bring more guest stars to light up their ever-popular show, but for that to happen, Season 3 should be launched in the first place.

After the grand ending of Season 2, numerous reports have emerged about the end of the enthusiastic podcast show – 2 Dope Queens. However, we are a pretty positive bunch, and we are hopeful. We will keep you posted.