Nascent Indrik, the rare mount which many players worked extremely hard to get will now have the option to evolve it into even rarer varieties. Yes, you read that right ZeniMax will be including a new evolution system in Elder Scrolls Online which will let you evolve your Nascent Indrik (if you have any) into other varieties. But, first things first, you need to have a Nascent Indrik.

If you don’t have it yet, you can earn it by winning event tickets by taking part in the upcoming in-game events. After that, you need to use those tickets to buy the Onix, the opaline feathers, the emerald and the gilded then, combine all those items to create the mount. 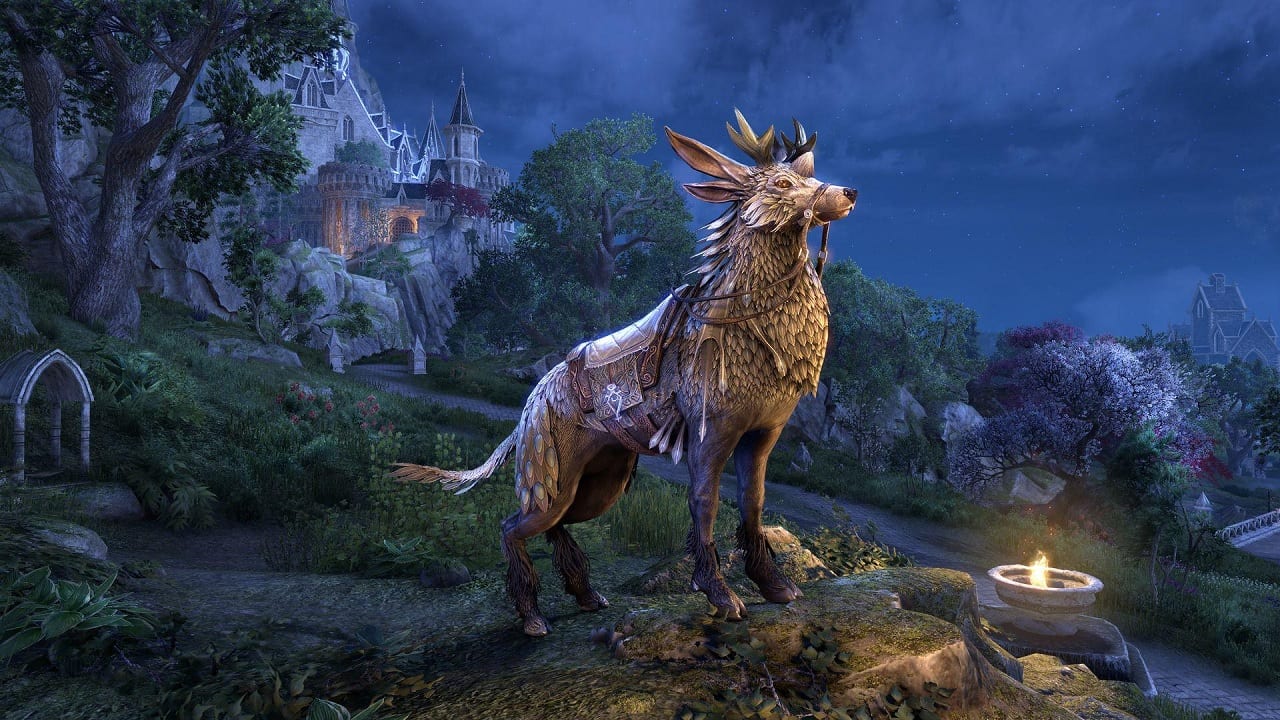 For Q1, the evolution of the Indrik is known as the ‘Dawnwood Indrik,’ and the evolution will require a new type of upgrade fragment, Indrik berries which you can get once you collect 10 event tickets. The first quarter will start this January, and it will take place till March. Four different types of berries will be available throughout the first quarter, 1 type for each unique event.

You can get the berries from the Impresario after you get 10 event tickets.

Now, after getting all the four berries, you can use them to evolve your Nascent Indrik into Dawnwood Indrik mount, and it will replace the old one in your collection UI.

Also, each berry type will not be carried over to the next quarter, so you’ll have to earn the desired berries in its set Quarter only. E.g., Dawnwood berries won’t be available in any other Quarter except Q1.

Hope this guide helps you, for more updates, stay tuned.