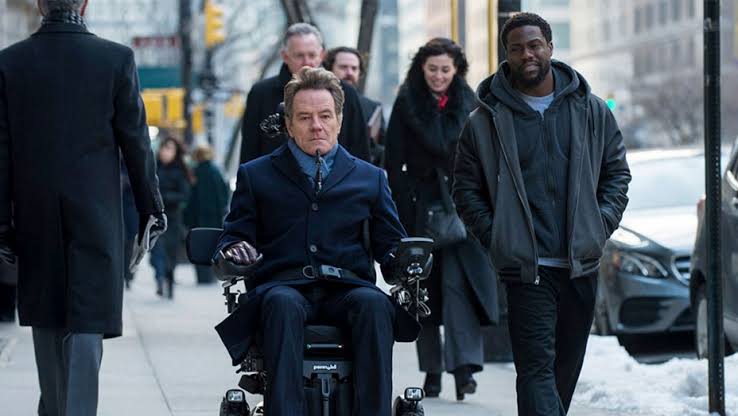 Kevin Hart and the amazing Bryan Cranston have paired up a movie called Upside. The theme of the movie is a feel-good dramedy about a parolee who strikes up a rather unusual friendship with a paralyzed billionaire. Cranston (who plays Phillip Lacasse) hires Kevin Hart (who plays Dell) to be his caretaker.

Kevin Hart for his part has finally made some positive news this year. Over past weeks he was internet’s enemy for posting a series of homophobic tweets that fired him from what could have been the biggest gig of his career. Hart exited from hosting next month’s Academy Awards.

The Upside is based on the 2011 movie “The Intouchables” starring Francois Cluzet and Omar Sy. For Upside both Hart and Cranston play characters that are about to give up on their lives, but the special bond developed between them doesn’t let them. Oddly, The Upside isn’t the first French movie to be adapted to an English movie.

Besides Hart and Cranston, The Upside also stars Nicole Kidman as Cranston’s secretary. It also stars Julianna Margulies. What you must know is that Avon Theatre in Stamford had a pre-release preview screening on December 19, 2018. The Upside is out nationwide in the USA on January 11, 2019. The Upside is directed by Neil Burger, who also has directed movies such as “The Divergent” and “Limitless.”