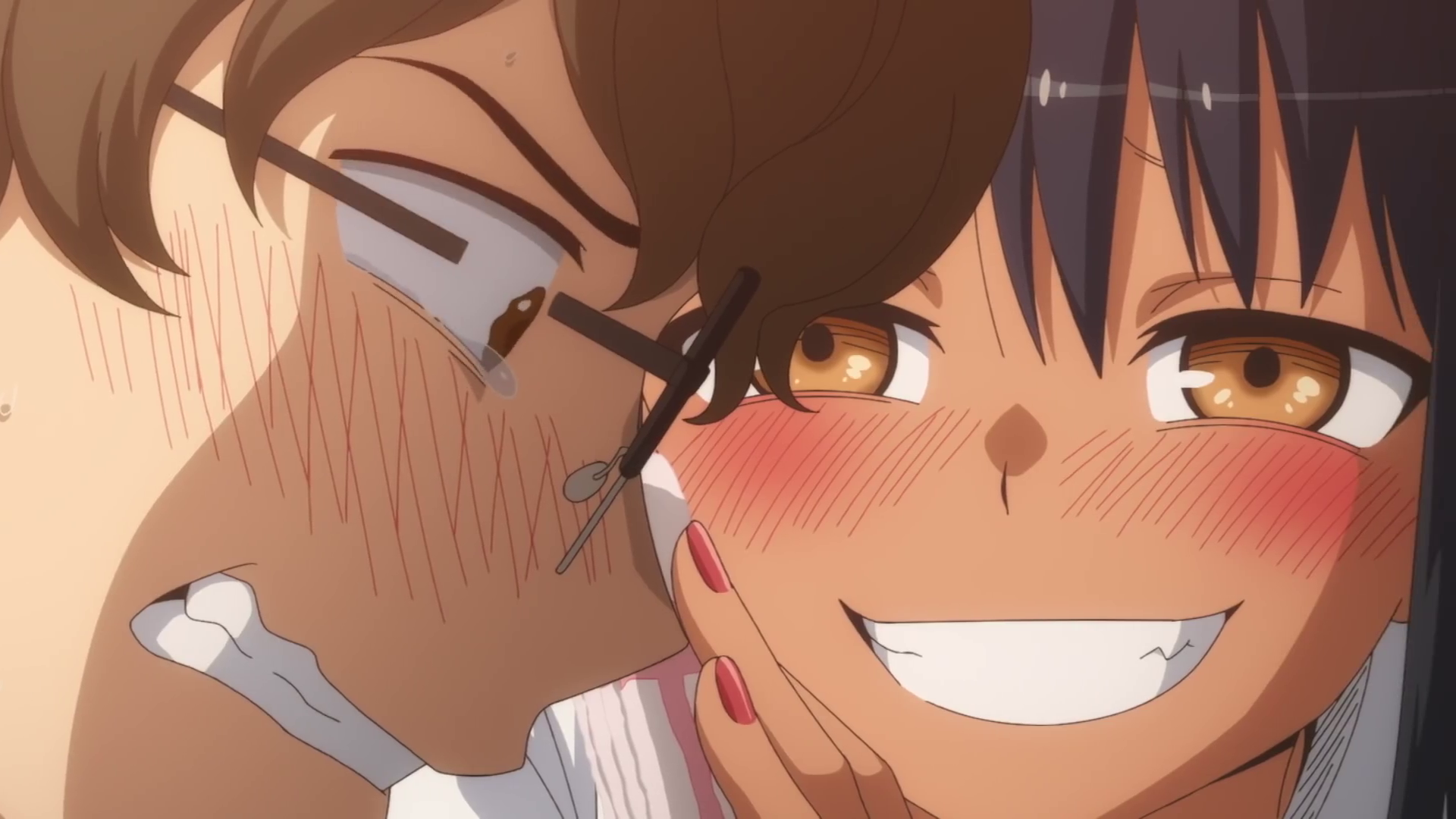 Don’t Toy With Me, Miss Nagatoro is a Japanese web manga series. It was published between August 15 2011 and December 25, 2015, on a creator-friendly website called pixiv. The Nagatoro series also began its serialization in Magazine Pocket which is an online/app web manga magazine published by Kodansha on 1st November 2017. This popular web manga series is written and illustrated by Nanashi who is also known as 774.

The Anime Adaptation was first announced in 2020 but postponed due to covid-19.

The Series is about an introverted male student Naoto Hachiouji and her sadist junior Nagatoro who secretly falls in love despite having a complicated relationship.

Naoto Hachiouji is the mc and the senpai of the series. He is an awkward, introverted, loner, shy and nerdy protagonist. He is known as “Senpai” or Nao-kun throughout the series. He didn’t have any friends before he met Nagatoro. He aspires to become an artist and slowly starts to become more self-confident.

Nagatoro is the main female character of the series who likes to bully her Senpai, Naoto Hachioji aka Senpai. She indeed likes to bully her Senpai, but perhaps hides her feelings while she bullies him. Nagatoro is a Popular, Athletic, eccentric, and sadistic person. Even though she usually appears to be a sadist, deep down she is a very sweet person.

Gamo chan is one of Nagatoro’s friends. She appears to be the most mature among Nagatoro’s group. She acts like a big sister to them. She has something like a friendly rivalry with Nagatoro and she’s the first person to find out that Nagatoro has feelings for Senpai. She loves to tease both Senpai and Nagatoro.

Yoshi is a member of Nagatoro’s group. She usually follows Gamo-chan around and with her schemes. She is not that bright but she has a strong follower mentality which why she’s always stuck around with Gamo-chan most of the times

Sakura is the art club president. She has long fair hair with crimson eyes. Her personality may be a bit shameless and stern yet serious, yet she treats Senapi with respect unlike Natatoro

Big Sis-Toro is Nagataro’s older sister and university student. She loves her sister Nagatoro and likes to tease her and sometimes even embarrass her as well. Yet she seems to be a model-figure and confidant to Nagatoro.

You can also check the trailer here:

After a long wait, the series Ijiranaide Nagator-san The Television Anime adaptation is set to premiere in the upcoming spring, April 2021.