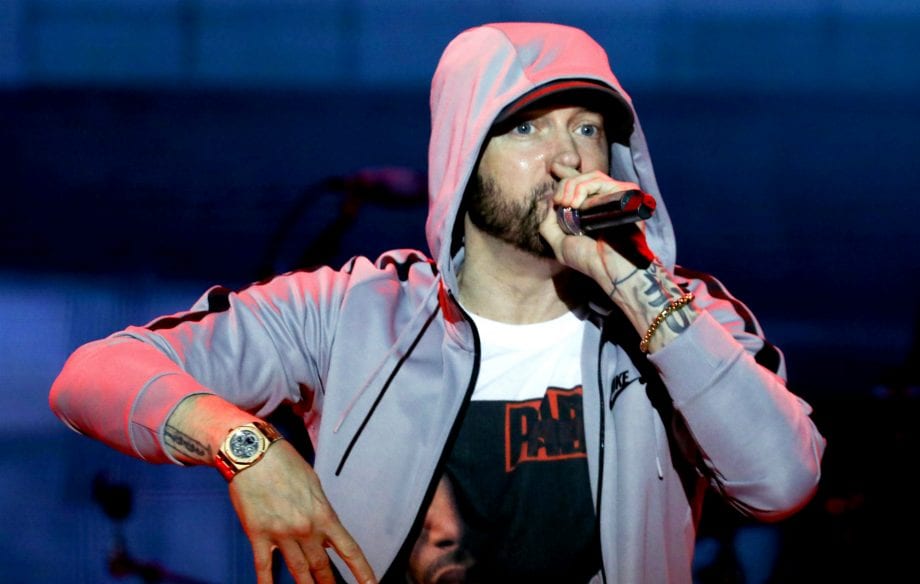 Eminem, the man, who has been ruling the hearts of people for so many years, has returned after laying low for a few years. He has been in news due to his rivalry with Machine Gun Kelly, and he also had a lot to say about more than a dozen artists in his last album Kamikaze. But now he is hitting the headlines for another reason! His first major album, ‘The Slim Shady LP,’ where it all started completed its 20th anniversary and to celebrate the occasion, the album has been re-released with bonus tracks on streaming sites on 22nd February.

Eminem earlier tweeted about it, and his tweet read “From the vault! Re-issue of the Slim Shady LP Expanded Edition is now streaming for the first time for the 20th Anniversary. Happy bday Shady! #SSLP20”

The album made its way back in 1999, and it has been a mega-hit and has been a prominent key in the industry. It gave birth to the legend we know today. Its success is recognized from its performance, and it managed to get into the second spot on the Billboard 200.

A few of the bonus tracks that have been added are “Bad Guys Always Die,” “Get You Mad,” and others. The expanded version of ‘The Slim Shady LP,’ is available now on streaming sites. We are aware that he has a huge following and the album was hit the moment it came out, but it would be interesting to see how the new tracks performed. The new album is available on all the major streaming platforms, and fans are happier than ever to see a lot of new music from Eminem in a short period.