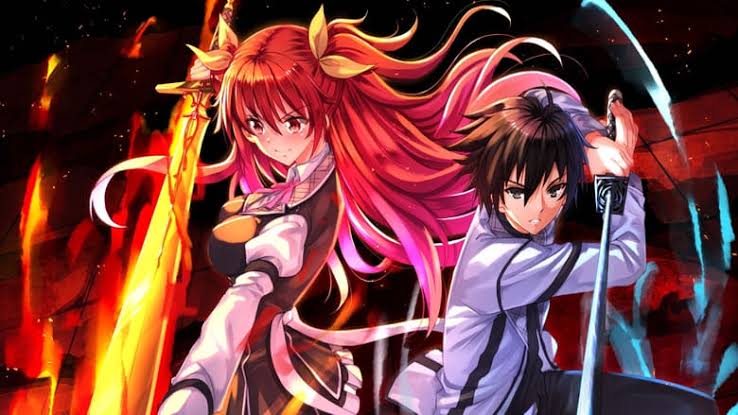 Chivalry of a Failed Knight is a Japanese light novel series that has been adapted in anime series as well. This series has already had one season of anime out there, and now the talk regarding Season 2 is going on and on. Riku Misora is the writer and illustrator is Won of this manga.

Action, fantasy, romantic comedy are the genre of this series. The light novel was launched in 2013, and the season 1 was released in 2015. I’ll be discussing the Chivalry of a Failed Knight Season 2 update and other important details regarding it. Before we begin, please note this post may contain official spoilers from the previous and new seasons of the anime. If being spoiled is not for you, I suggest that you stop reading the post here. However, if spoilers don’t bother you, we can get started. Also, note that we did not create the spoilers or leak them.

Chivalry of a Failed Knight Season 2 is expected to release sometime in 2021. The anime is yet to be officially announced. There is no official update of the second season of the anime. Even though season 1 was a big success and the fans are demanding another season of the anime. But these demands of fans are still unanswered. There is no official word regarding the second season. As soon as anything new comes out, we’ll share it with all of you.

Talking about Season 1, it was directed by Shin Ōnuma and Jin Tamamura. The writer of this anime is Shogo Yaskawa, and music has been provided by Kōtarō Nakagawa. Studio Silver Link Nexus has made this anime. Chivalry of a Failed Knight Season 1 has 12 episodes, and the original run of this episode was from October 2015 to December 2015. The networks that have licensed this anime in the past are Madman Entertainment, MVM Entertainment, Sentai Filmworks. Original Networks associated with anime are AT-X, TV Aichi, Tokyo MX, Sun TV, and BS11.

There is indeed a good chance that a new season of this anime will come out, but nothing can be said for certain for now. There were rumors that Chivalry of a Failed Knight Season 2 would be released in 2019 but all of those turned out to be just rumors. So, it is better not to pay any attention to the rumors, and whenever the official news is out, we’ll share it with you on this website.