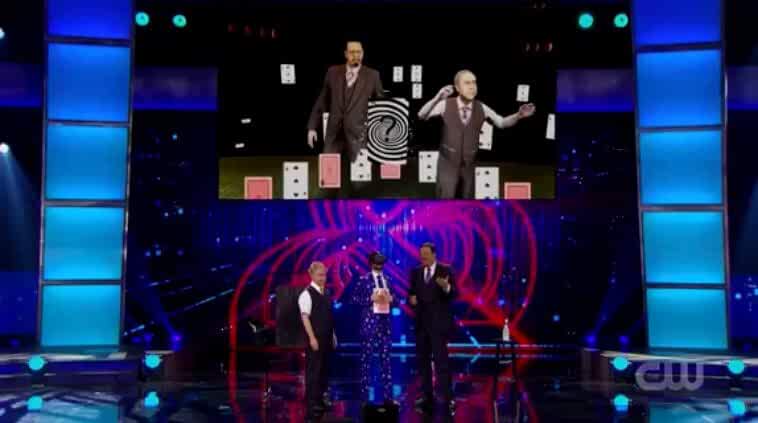 Penn & Teller: Fool Us is a simple magic competition from the United States of America and the United Kingdom. The talented magicians from everywhere come and try to deceive Penn & Teller and if they somehow do manage to fool them then the lucky magicians get to perform their magic trick on the show of Penn & Teller for real. In this post, I’ll be talking about Penn & Teller Season 7 update and everything we know about the show. Also, spoilers are also part of this post, this is a quick spoiler warning for all of you who don’t like spoiler content. Without delaying the post any more let us begin discussing the topic.

Penn & Teller: Fool Us Season 7 update is 20 June 2020. Even though there is no official update of the show out yet but the official announcement about the confirmation of Penn & Teller: Fool Us Season 7 has been made and there will be another season of this show for sure now. This is some ecstatic piece of news for the fans of Penn & Teller: Fool Us. So far a total of 77 episodes of the show have been released in six seasons. The first-ever episode of the show came out on 07 January 2011 which is 9 years ago now. The second season was released after making the fans wait for four long years in July 2015. After that, we have been getting regular seasons every year.

Penn & Teller: Fool Us Production and Other Details

Executive producers of the show are Andrew Golder, Peter Davey, Lincoln Hiatt, and Peter Adam Golden. Johnny Thompson is the main producer of the show. The first season was filmed in London, UK but all the seasons after that have been filmed in Las Vegas, USA. The runtime of each episode of Penn & Teller: Fool Us is 45; minutes. Companies producing the show is produced by September Films and 1/17 Productions. Distribution rights of the show are in the hands of more than just one company.

These are DCD Rights, ITV Studios Global Entertainment and CBS Studios International. In the United Kingdom, the show is broadcasted on ITV and The CW is the one broadcasted in the US. The picture format of the show is 1080p. The show format is pretty simple first the show kickstarts with the introduction. Then the participants come forward and show us their tricks. Later on, Penn & Teller tell us whether they were really fooled with the tricks or not. Those who are able to fool Penn and Teller are selected for Penn and Teller’s Las Vegas original magic show which makes the magicians all over the world ecstatic.

UKGameshows had named Penn & Teller: Fool Us in their Hall of Fame back in 2011 when it was first launched. There are also other versions of Penn & Teller: Fool Us all over the world. Ukraine also has a local version as the show’s rights have been sold to a Ukrainian broadcaster STB. This happened in 2011 and in 2012 the show was also licensed by Israel’s Channel 2, who have also released their own version of the show. The show has received some good reviews from all over the world and it is a really fun show to watch as well.

The sad thing is that not often it is the case that Penn and Teller almost never get fooled in the first place so it is not like anyone who knows a bit of magic can go to fool these two who themselves are great tricksters. Most of the tricks are tried and tested but sometimes we see innovative tricks that blow the mind of the viewers. People who like to be fooled by magic are the ones who would like this show very much. Some people don’t like these shows because they know all that is happening is just a trick. Do mention your thoughts regarding Penn & Teller: Fool Us Season 7 in the comments section down below.