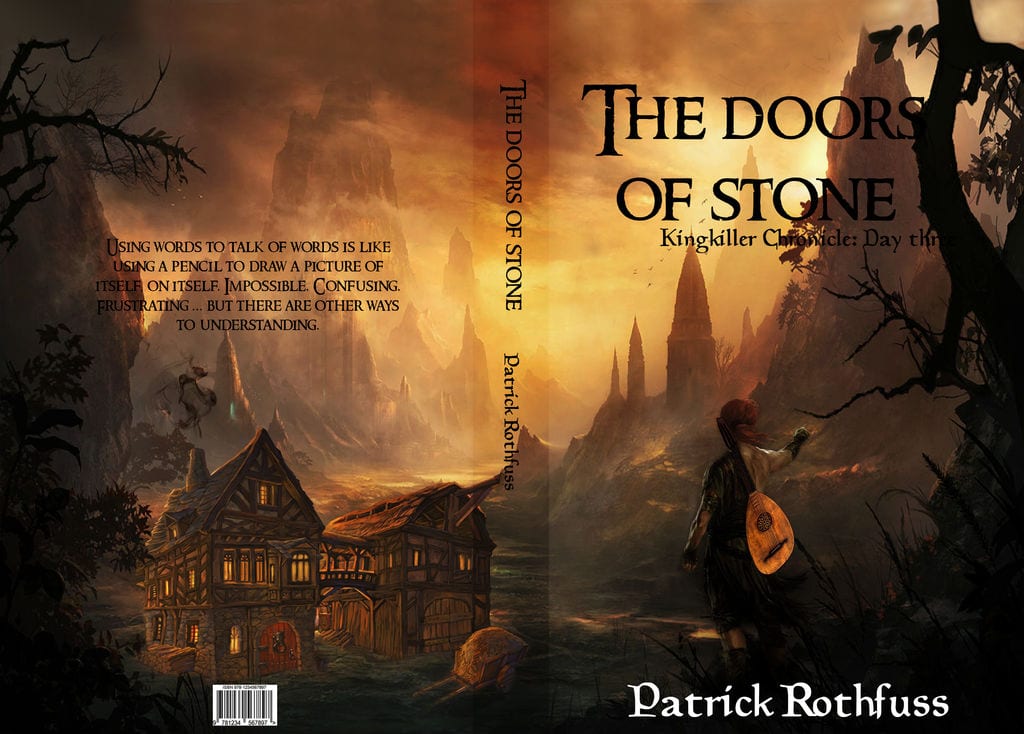 The latest buzz surrounding Patrick Rothfuss’ The Doors is that it is work in progress. The reason why book readers want to know more about The Doors is that Game of Thrones is ending this year and George R.R. Martin’s Winds of Winter is nowhere in sight. Hence everyone is wondering what show/book is going to succeed Game of Thrones. One of the writers that we can think of right now is Patrick Rothfuss.

Showtime did a show on n Patrick Rothfuss’ Kingkiller Chronicle, which is ridiculously similar to George R.R. Martin’s A Song of Ice and Fire. Sure they both are set in a fantasy world with vibrant storylines. The writers look similar too, and both of them are working for the next, book since 2011 now. Fans have waited for long now, so when does the Patrick Rothfuss book come out after all?

Patrick Rothfuss The Door of Stone: What’s in store?

We had the opportunity of hearing Rothfuss recently on the Barnes & Noble Podcast, promoting his comic book. Rothfuss is currently working on Rick and Morty vs. Dungeons & Dragons. People were curious to know about The Doors of Stone and address those queries he did. The Doors of Stone is the third and final book in his Kingkiller trilogy. Rothfuss said he doesn’t talk about deadlines anymore. When the book is ready, he will bring it to us. Until then we’re required to trust that he’s working.

The Doors of Stone Details

Patrick further said he’s moving forward with the book and that he’s getting his life sorted out so he can go back and approach his writing and his craft with the joy that he used to feel back in the day when he was just an idiot kid playing D&D or working on his. Unpublishable fantasy novel.

Patrick further said that Showtime’s TV adaptation isn’t an adaptation in the purest form but set before the main events. If they continue with the pace, the show will surpass records set by the book.

While all the fans are waiting for the book for so long, there are a lot of rumors going on. One of the rumors boast a confirmedin 2019, and it gives reference to his November 2017 statement, when he ruled out a 2018 release. Nonetheless, there seems to be no solid information where he said that the book would release in 2019. He cleared that there is no possibility of the book coming out in 2018, but he kept 2019 open but confirmed nothing. As a result, we did not get Doors of Stone in 2019.

When is Patrick Rothfuss’ The Doors of Stone update?

The Doors of Stone is set to release in August 2020, this is all but rumors. Additionally, when we last heard him on Barnes & Noble’s podcast, he suggested that the book was under progress, and it is moving forward.

Due to the ongoing coronavirus pandemic, we might see a delay in the release of The Doors of Stone. Even if the book is finished, it will be not be released publicly as of now, this is because most logistics have suspended their work considering the health of their employees.

We are going tothis post, once we receive anyon the status of The Doors of Stone.