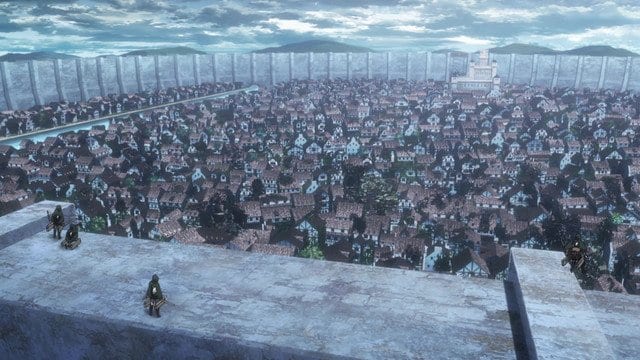 Attack on Titan Season 3 Part 2 kicked off in epic fashion, as expected. We’ve missed this show a lot, and the reaction that the fans has shown us just that. With the new arc finally having kicked off, we’ve officially entered what I think is the best arc in Attack on Titan series so far, and I’m really looking forward to the battle at Shinganshina. There are so many secrets to unfold, and so many fights to fight. We’ll get to the center of it all in this post down below, so let’s get started!

The next episode of Attack on Titan is titled ‘Thunder Spears.’ The episode will begin with the Survey Corps getting attacked by a bunch of Titans, and it is Eren who then titanizes to fight against Reiner. His old friends are the people who stand in his way, but those who are are gone don’t matter anymore.

It is those who are still at his sides that he wants to protect so that Eren will charge into the Battle at full strength. He isn’t fighting alone. Along with him, we will see the Survey Corps fight too, and that’s going to be amazing as always. I’m really looking forward to the next episode, and I hope you are too.

Attack on Titan Season 3 Part 2 Episode 2 airs on May 6, 2019. Leave your thoughts on the show down in the comments section below!