The Flash Season 5 Episode 21: ‘The Girl With The Red Lightning’ Release Date And Details 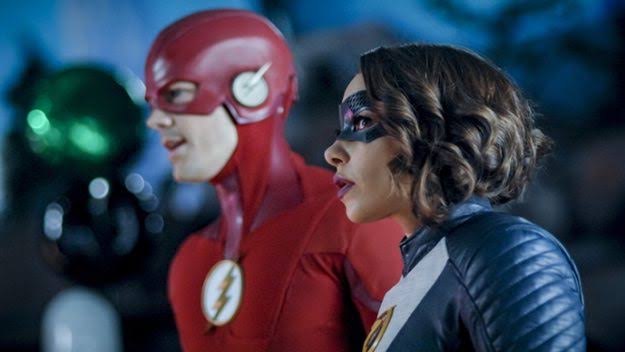 In this post, we are going to talk about The Flash season 5 episode 21 release date, where to watch, and spoilers. But while writing this post, the twentieth episode was not broadcasted. The main intention is to provide viewers with the next week episode details, which they would need immediately after finishing today’s episode. So, we are here to provide all the available details, but first, we will take a quick look at today’s episode.

We know that nobody expected Nora’s betrayal, although she had the intentions of it since while. Barry is still under the shock, and it will be seen in today’s episode that he is still depressed due to that. On the other hand, we will see Joss Jackam and Peter Merkel moving back to Central City. Also, Cisco will be taking a strong decision, which is hinted in the synopsis without any context. Now, let’s talk more about the next week episode!

The show is now twenty episodes deep into the fifth season, while the 21st episode is supposed to drop next week. The 21st episode of The Flash season 5 is scheduled to release on 7 May 2019. The show is broadcasted on The CW channel at 8 PM every Tuesday. The next episode is titled ‘The Girl With The Red Lightning.’

With that said, we also have other sources to watch the show, and the first option is The CW app or official website, where viewers need to log in with TV subscription details. Furthermore, Hulu, Roku, and DirecTV Now also provide The CW channel streaming so that viewers can watch The Flash online.

In the next week episode, we will see Cicada 2, and it will be a tense situation for our heroes. Cicada 2 will warn Team Flash, as he plans to spread a virus which would harm all the meta-humans. So, it would be interesting for sure, as we are just two or three episodes away from the season finale.