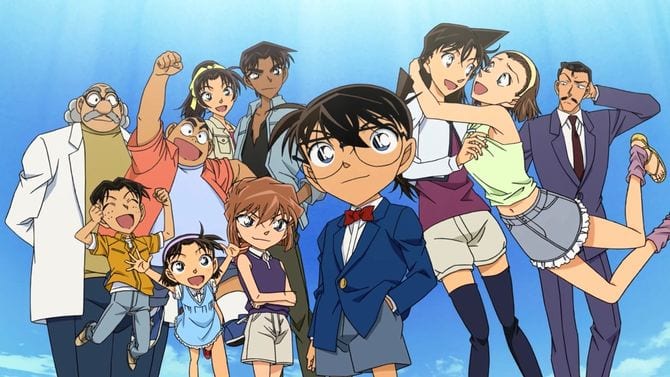 One of the longest-running anime show Meitantei Conan, or you might know it as Detective Conan. Meitantei Conan is currently airing its 27th Season, and episode 946 is airing this upcoming Sunday. As you, fans must know Detective Conan follows the story of seventeen-year-old high school detective Kudo Shinichi.

You might think of him as Modern Sherlock Holmes. One night after a date with his girlfriend Ran our Anime Sherlock witnessed an illegal trade and was knocked out unconscious and fed a new drug that was supposed to kill him. But after Shinichi woke up, he was shrunken to a seven-year-old kid.

To know who did this to him, Kudo Shinichi hid his identity and lived with Ran, whose father happened to be a hopeless detective, and with that came a series of murders and mysteries that he must solve. Now this fantastic show is in Season 27th and Meitantei Conan episode 946 is scheduled to air on July 13th, 2019.

Meitantei Conan was first released on January 8th, 1996 and since starting TMS Entertainment is producing it. In the previous episode of Meitantei Conan that is episode 945 titled “The Cost Of Likes.” Conan, alongside Ayumi, and Mitsuhiko visit the injured Genta at the hospital. Fortunately, his injury is only minor because he was saved by a man named Sumito Kagura, who had broken his right arm. Several other accident victims are also hospitalized at the same place as the two of them, including a man named Kikuhide Otsubo.