The first-ever spin-off of “Game Of Thrones” is around the corner, and we have already seen the House of Dragon extended trailer. HBO has confirmed its premiere month to be August 2022. Nevertheless, they have started giving a sneak peek to the audience into the series. Ever since the most-loved series ended, the audience has been keen to watch its spin-off. One thing that was consistently mentioned in the series was “Mad King” and the Targaryen war that changed the dynamics.

We always have wondered what would have happened before. Finally, we are going to get our answers. The world has already seen the “House Of The Dragon” trailer, and we cannot stay quiet about it. At Comic-con, the creators have released the House of the Dragon extended trailer; And that is making it impossible to wait for the series. All the fans gathered in Hall H to get to know more about the much-awaited series. Let’s get to the details and analyze what we have in store.

House of The Dragon Extended Trailer

The creators, cast, and George R.R. Martin gathered in Hall H to talk about the coming series. Reportedly, George is immensely happy about the books’ adaptations. The audience saw the most vital people from the series becoming the panelist and attending the event. House of the Dragon extended trailer will definitely take you to the “Dragon World.” The first trailer of the series was a blast. We relived our memories of “ice and fire.” Nevertheless, it was clear that the characters were talking about “The War.” The main conclusion of the trailer is “War Is Afoot.” We are ready to go back to the world where survival is the challenge, and you cannot trust anyone. 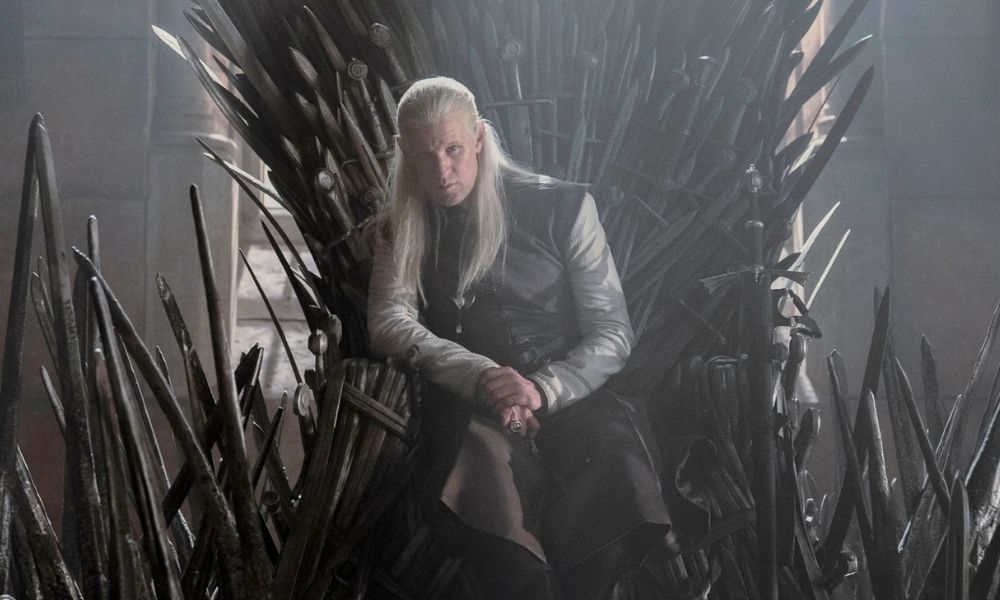 Get ready to experience the rise and fall of Targaryen. Condal, one of the major panelists, stated that they began at the absolute pinnacle of the dynasty’s wealth and influence. He further added that the series will see most dragons they would ever have. In the end, he hinted that the new series would feature the glory of the House Targaryen before it collapsed. The audience got to know about some major behind-the-scenes information. Condal disclosed that the series would have seventeen dragons. Moreover, the creators started concepting before even filming. Furthermore, the House of the Dragon extended trailer takes us to people’s reluctance towards having a female queen on the iron throne.

What To Expect From House Of The Dragon?

The series will revolve around Viserys being a kind man and inheriting a throne. They say that he has the iron throne as he is kind and a scholar. The man cares deeply about things that turn into a big problem. In addition, Viserys has a secret that can result in the fall of their House. Moreover, Martin has also shared his views about Viserys. He said that A good King considers being a King a duty but not a privilege. He also mentioned that “House Of The Dragon” is about anarchy in world history while “Game Of Thrones” was inspired by War of the Roses. Further, the series will tell the story of Rhaenys Targaryen, who is keen to inherit the throne but challenged by many. House of the Dragon extended trailer has made us impatient for the series.