Joel Mchale is most famous for his comedic timings and skills. This comedian can make you laugh until your stomach hurts. Along with being a comedian, he is an actor, producer, screenwriter, and television host. This charming comedian has many fans. And all those fans are always ready to take a sneak peek into his life. Most importantly, they want to know everything about Joel Mchale’s relationship status. This comedian has a tendency to make people laugh with his weird wiggles.

Recently, this host of “Celebrity Beef” shoved butter into his pants. The recent episode started when Joel Mchale instructed the contestants. He said, “Your time starts when I shout, ‘Start Cooking.” Immediately, the women run off to collect their desired ingredients.

As expected, it was the humorous element by the host. In turns of events, he called the contestants back and officially started the show. Later, this comedian decided to soften butter by keeping it inside his shirt and pants. Ewww! Nevertheless, let’s take a look at Joel Mchale’s relationship and personal wife.

Joel Mchale has been happily married for 25 years. Definitely, he is the prime example of how one can keep things strong in a relationship. Joel Mchale relationship with his beautiful wife, Sarah Williams, is one of the ideal relationships. He is one of the most familiar faces in the industry. The comedian has made many movie appearances and hosted many shows. Joel is most famous for his satires. Nevertheless, Joel Mchale’s Netflix stint made him rise to prominence. He hosted the special show, “The Tiger King And I.” 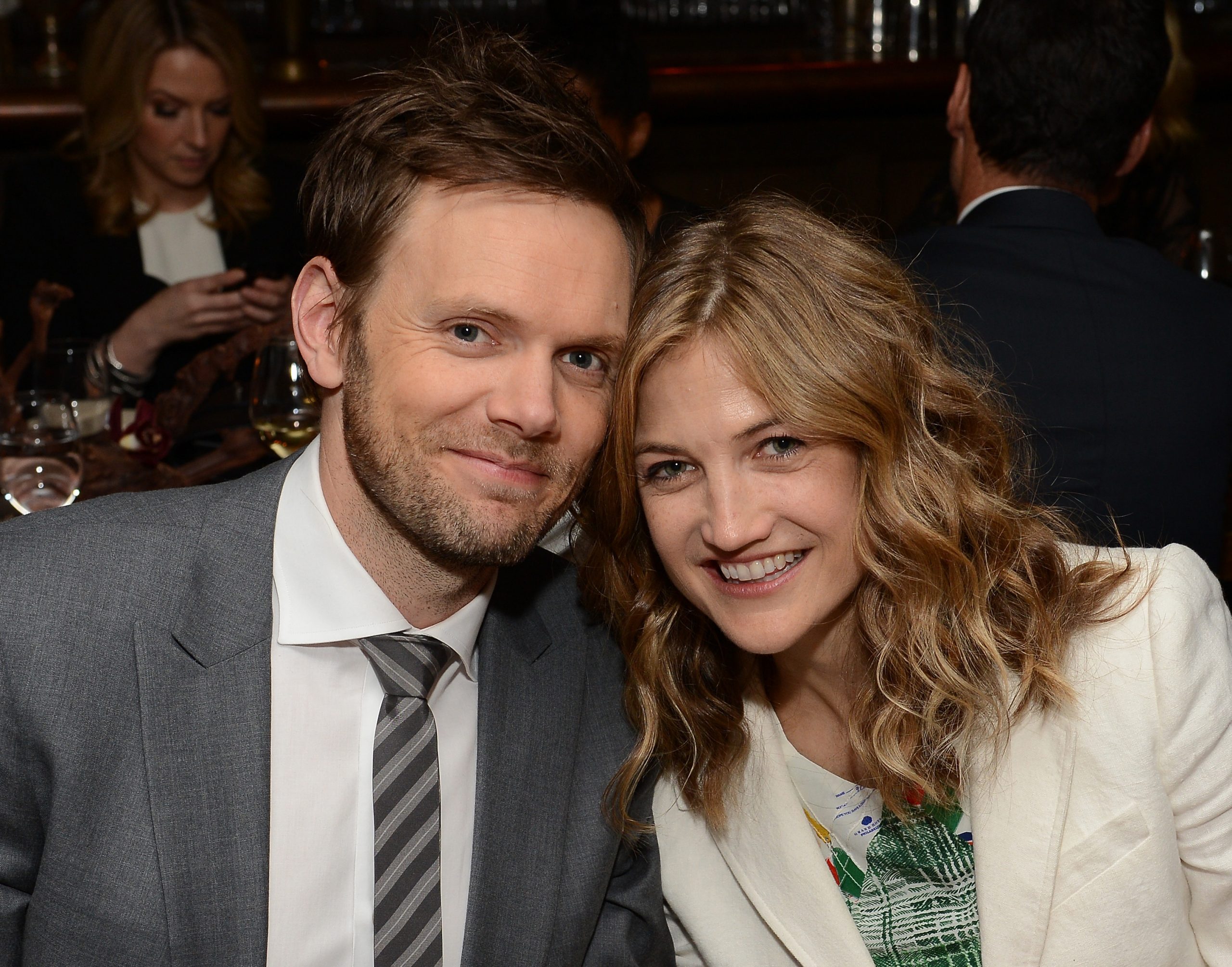 Unlike Joel, his wife prefers to stay away from the limelight. However, she has been supporting him since the mid-90s. Now that they have been married for around 25 years, we can assume that Joel McHale’s relationship with his wife is on the best terms. The couple is happy with their beautiful children, Edward “Eddie” Roy, and Isaac Hayden. It is definitely necessary to support your partner when he/she is in showbiz, and Sarah did that perfectly. The beautiful duo has a more beautiful love story which we are about to share.

Joel Mchale relationship with Sarah Williams started in 1995. It was in that year when they met for the first time. He had just got graduated from the University of Washington when he saw Sarah for the first time. Reportedly, it was love for the first time from every angle. He revealed in 2011 that when he first saw her, he asked her friend if he could go on a date with her.

Although the chances were few, she said yes to the date. Later, the couple went on many dates until they tied the knot on July 20, 1996. The ceremony was utterly private with close friends and family. The beautiful couple lives in the Hollywood Hills, Los Angeles, California. Joel was once asked about his biggest takeaway from fatherhood. He jokingly replied that he learned that he should not take a nap on his son’s bed.