Discovery Australia and UK have ordered another 40 episodes of the series for two seasons. The shooting for the fifth season is already underway, and it is being filmed across Western Australia and Victoria. The series follows teams of gold prospectors who are willing to take any sort of risk to find their fortune.

The EP for Quest is Oliver Wilson and Rob Holloway. Darren Chau is the director of content & channels, factual and EP for Discovery Australia. The series producer for Electric Pictures is Robin Shingleton. 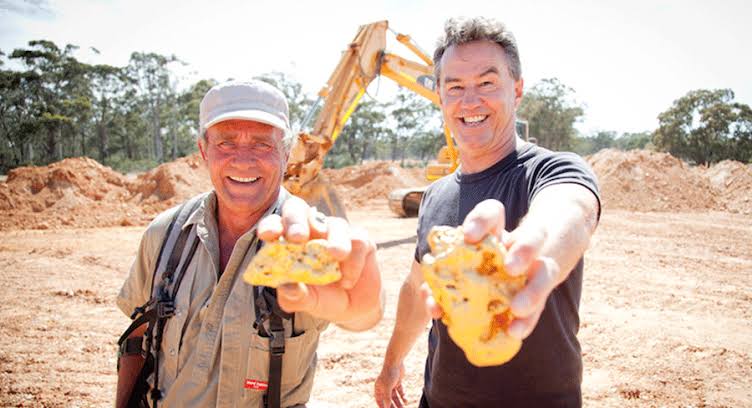 The show is also financed by distributor DCD Rights, the Producer Offset, Screenwest’s Documentary Production Fund, and regional production funds in both Western Australia and Victoria. Aussie Gold Hunters was the number one factual show on Foxtel this year, and it has consistently received the highest ratings. A clip from the series which showcased a nugget worth $200,000 went viral, and it got over 19 million views.

A recent clip from the series, in which a massive $200,000 nugget is unearthed, went viral after it was posted in July – it’s been viewed 19 million times.

The new season is expected to hit the screens sometime in 2020. There has been no officialfor the new season yet, but we can expect asoon.