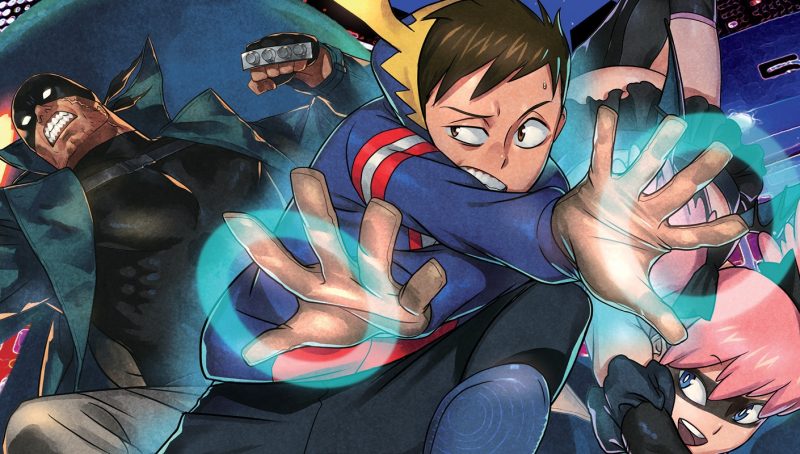 My Hero Academia Vigilantes continued its Manga release with Chapter 66 on the 22nd of November 2019. Taking a look at how things ended up in Chapter 66, we will later discuss “My Hero Academia Vigilantes” Chapter 67 Spoilers. Chapter 66 started just when some random Villains were harassing local girls at Naruhata as they know that Cops and Heroes hardly come in the town. One of the girls mentioned that there is one legendary hero who would show up if they call near Naruhata Station as he lives in town. Within the knick of the moment, Koichi appeared in his usual costume dressed as The Crawler, which was to everyone’s surprise.

As the Crawler was busy fighting the villains, he was later joined by Haneyama and the heroes who were part-timers at Hopper’s Cafe in East Naruhata. Working together, they easily took out the villains as the people applauded them. Later Koichi had attended an interview for a job. When he was talking about it with Haneyama, He mentioned that he had already achieved his dreams, and it’s about time he starts looking for a job.

Now that he might be occupied with jobs, it might be the time for the Crawler to retire. Koichi then went out with Haneyama for some hero’s duty when he mentioned that the summer for his senior year might be the last one for The Crawler.

My Hero Academia Vigilantes came as a spinoff about a young man who uses his quirk to help those in need. When he and Haneyama were harassed by a group of thugs and ended up being saved by Knuckleduster, he was recruited to become a vigilante going by the name “The Crawler”.

The manga was developed by Hideyuki Furuhashi and illustrated by Betten Court; the Manga was published in Shonen Jump GIGA before it moved to the Shonen Jump+ app. It has been ongoing from August 20, 2016, and is published on a bi-weekly basis. Chapter 67 is scheduled for a release on the 13th of December 2019.