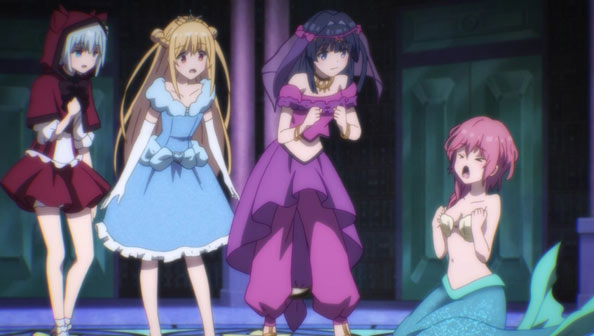 In this post, we are going to discuss Assassins Pride Episode 12 time, preview, and streaming. This post may contain spoilers; if spoilers bother you, I suggest you stop here; Otherwise, you can go ahead. Also, note that we did not create the spoilers or leak them. They’re available all over the internet. The previous episode of Assassins Pride aired on 19th December 2019.

Episode 11 revealed that Mule and Salachan joined Melida and Elli as assured to work as a team. As Kufa is off to deal with the guild of Grimface. Later, 4 beautiful angles work together in order to solve the puzzle of piled books. After they solved the puzzle, each of them got a special book which indicates that they passed the test. in the meantime, Headmistress regrouped with the other students.

As soon as they reunite, they got attacked by the Grimfice members and the Headmistress got severely injured. In the meantime, Kufa made his entrance defeat all the members of Grimace. As more of the members appeared, Gin made his entrance and helped Kufa in order to defeat the remaining ones. Then, Father appeared and recruited Gin’s service in exchange for a formula that turns Lancanthropes back to humans. Meanwhile, Mule made her move and called out Melida’s class- “Samurai”. As Melida demands an explanation of this, Mule cast magic.

Assassins Pride releases its new episodes every Thursday in Japan. You can watch Assassins Pride Episode 12 live. If you are in Japan, the episode will air at 11:30 PM JST on Tokyo MX in Japan. If not, then you can watch Assassins Pride Episode 12 online at 12:30 AM on December 26, 2019; by this time, the episode will be available on all major anime streaming platforms. However, we do advise you to watch it online on Crunchyroll, FUNimation, or AnimeLab as this will support the creators of the anime. The anime is produced by EMT². Besides this, the title of episode 12 of Assassins Pride will be “Pride of an Assassin-Instructor.”

In case you do not know anything about this Assassins Pride, we will summarize the plot for you. The anime is set in a world where only nobles have the sacred power of mana, and they are the only ones who wage war against the creatures of darkness. A ruthless plan is set in motion when a young noble, Melida doesn’t possess the ability to wield mana; an assassin is sent to assess Melida’s abilities and assess if she is the true born heir of the noble family.