One Piece Chapter 967 dropped in December 2019 in scans form and it was yet another great chapter in our opinion. Oden’s flashback I very close to ending now and this week, we got to see the crew journey to Laugh Tale, finally.

We also saw how the place actually acquired the name of Laugh Tale and it was quite a journey for the crew. The next chapter of One Piece is going to be something else entirely, and we’re very excited about its release. With that let’s discuss it, shall we?

The scans for One Piece Chapter 968 will, however, likely drop early, by January 17, 2020. We’re very excited about the next chapter of the series. 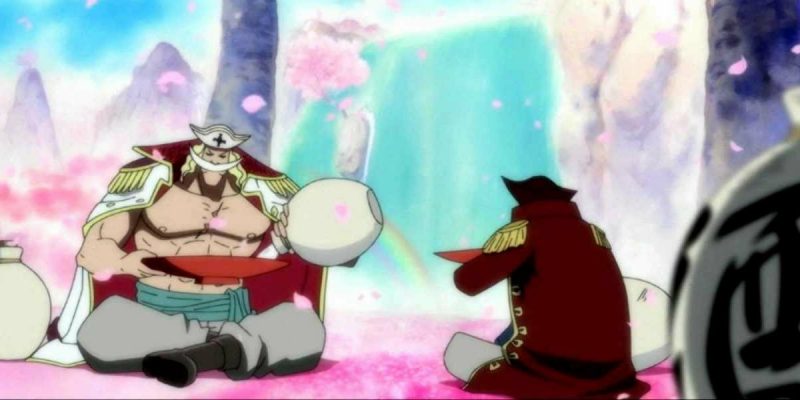 We think we’ll get to see the Roger Pirates disband in the next chapter of One Piece, and then Oden and Roger will likely part ways. Roger might also meet with Whitebeard one last time and discuss the history of the world just as we saw during the end of Marineford. Furthermore, One Piece Chapter 968 will likely see Roger handing himself over to the Marines and Oden going back to Wano where Kaido and Orochi await him.

What is One Piece about?

Here’s the synopsis for One Piece: One Piece is a manga by Eiichiro Oda, a famous mangaka from Japan. The manga began serialization in Shueisha’s Weekly Shonen Jump in 1997 and an anime adaptation began in 1999, two years later. One Piece follows the story of Monkey D Luffy, a boy who aims to become the King of the Pirates. Luffy accidentally eats a Devil Fruit that grants him a rubbery body in exchange for his ability to swim. 10 years later, Luffy sets off to sea to find his own crew and find the legendary treasure of the former Pirate King, Gol D. Roger, known as the One Piece.

Suzail Ahmed - March 26, 2020 0
Kimetsu no Yaiba's first season has been amazing. It has been labeled by many as the best anime of the year. The fans of...

Vagabond Season 2: Release Date, Renewal, and All We Know So...