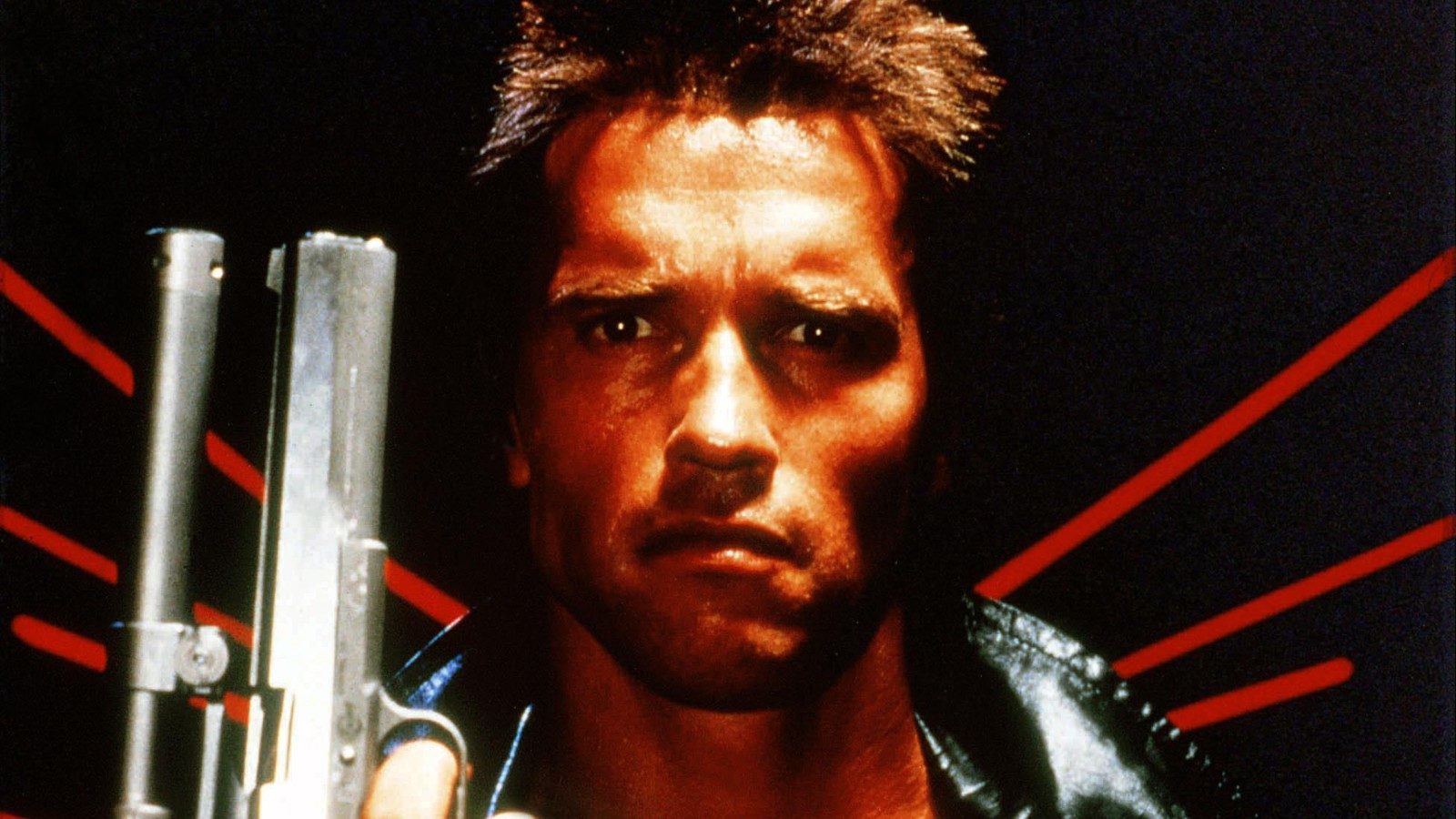 This is one of the first superhero comic movies of the year 2020, which stars Vin Diesel as the main protagonist of the movie. Bloodshot is the character which belongs to the ‘Valiant Comic,’ and this movie can be the start of the new cinematic universe, which can turn the film industry upside down. ‘Bloodshot’ is the movie that follows a soldier named Ray Garrison, which is played by Vin Diesel, who was murdered by some criminal and now is resurrected into the new world via the help of biotechnology and advanced science technology. He is resurrected as a modified killing machine that seeks revenge for the one who killed his family. That is what he believed. Soon after that, Garrison comes to know the truth about the project he is a part of (turning himself into a cyborg). Now, he doubts himself as he doesn’t know what to believe or what to not, and further on, he tries to seek the truth, and this leads him to major action sequences and adventures.

If you loved watching the movie ‘Bloodshot’ and you are on the quest to see movies that are fascinating and have a future cyborg vibe, we have got you covered. This article will cover seven movies that are like Bloodshot and have a cyborg vibe to it and can leave your mind amazed and perplexed. 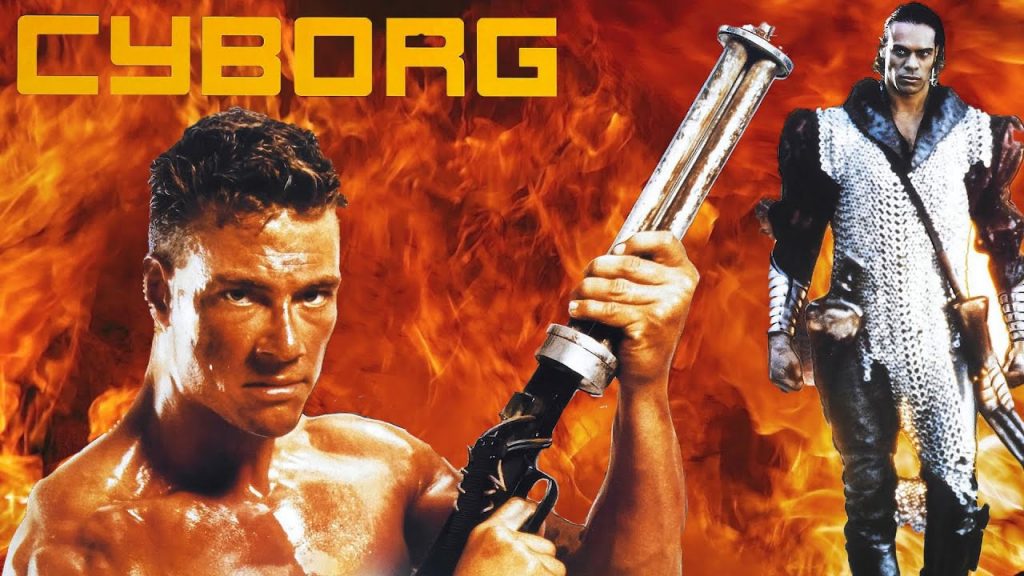 Cyborg, also known as Slinger is a 1989 American martial arts cyberpunk film which is directed by Albert Pyun. This movie is set in a time when a plague has wiped off the majority of the human population, and now only a few remains. In this movie, a martial artist hunts for a killer in plaque infested area, and at the same time, he escorts a half-human, half cyborg woman to a specific place as her programming can save the human race from this deadly plaque. But the woman is kidnapped by a martial artist who happens to be the enemy and which leads him to the lion’s den and ultimately leads to an epic martial arts fight. This movie is a classic cyborg film and is worthwhile watching this movie with popcorn and as always watch this movie with a poker face because this movie is one of the first to pick up this cyborg genre. 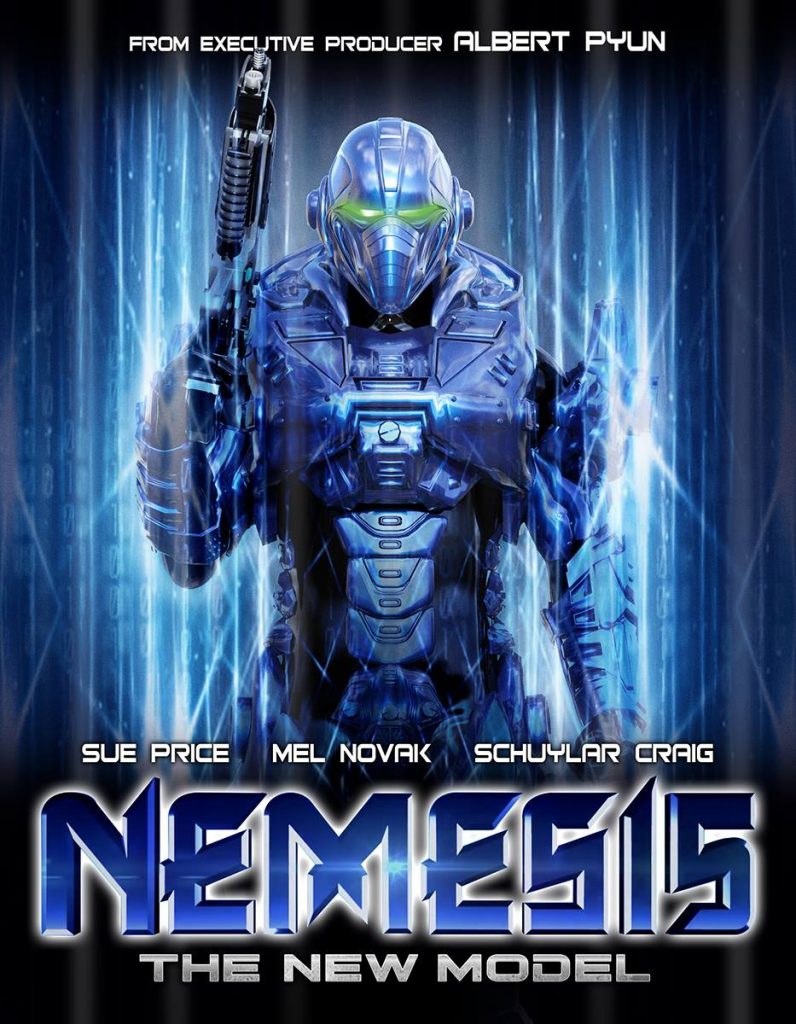 Nemesis is a 1992 American cyberpunk action movie film which is co-written and directed by Albert Pyun. This movie stars Oliver Gruner, Cart-Hiroyuki Tagawa, Brion James, and another crew cast. This is the first installment of the Nemesis film series. This movie revolves around the character named Alex Raine, whois a bounty hunter and is working for the LAPD. The plot of this whole movie is set in a possible future where terrorists use cybernetic equipment to terrorize the whole city. In addition to that, Raine is a half-cyborg and half-human, and he is the search of his partner, and the intel says that his partner is working hand to hand with terrorists. This movie is an absolute masterpiece because if it’s an interesting plot and for overall, visuals which can give your brain a sensation of suffering in a whole new world of cinema that you were unaware of. 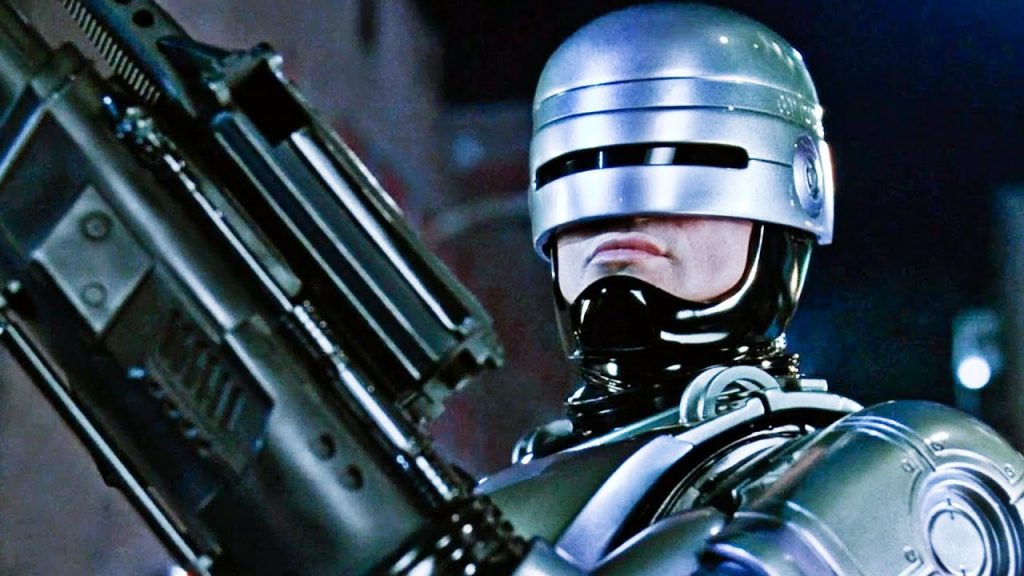 Robocop is a 1987 classic action cyborg movie which is directed by Paul Verhoeven, and this movie is written by Edward Neumeier. Peter Weller is the one who plays the character in Robocop. This movie was famous from the day it was released, and this movie has a whole series that follows the whole storyline. This movie takes its place in post-apocalyptic Detroit, and one private company named Omni Consumer Products wins the contract by the government in which they can privatize the whole police force. This company leads a street cop named Alex Murphy was chosen to use an untested Robocop prototype, which is built for armed confrontation. They use this prototype against the crime lord Boddicker to fight crime. But when RoboCop learns about the company’s vision regarding their plan, te turns towards their masters. This movie is the absolute blend of the cyberpunk vibe and action, which are choreographed beautifully despite being this old and using old technology. 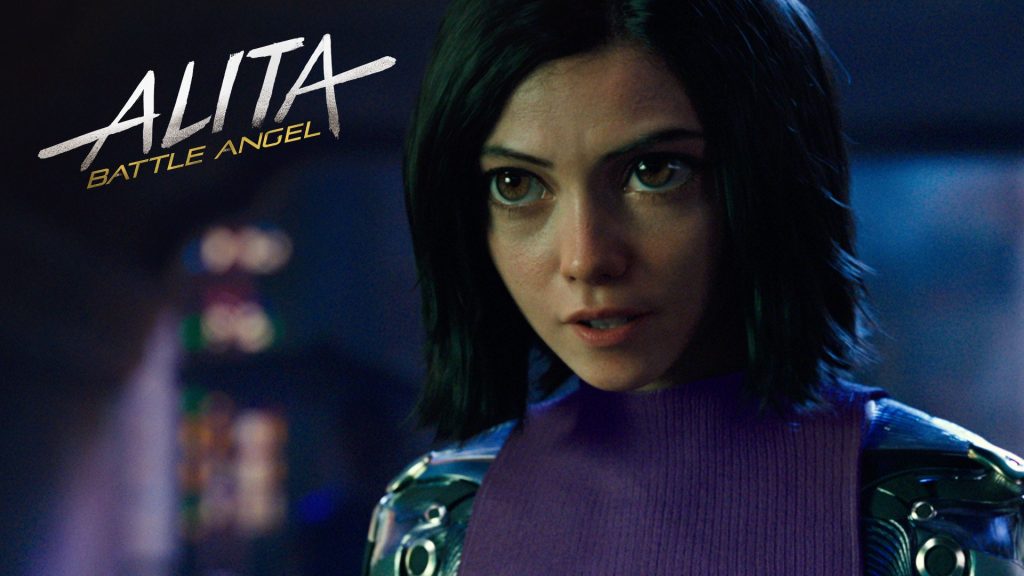 ‘Alita: Battle Angel’ is a 2019 American cyberpunk action film which is directed by Robert Rodriguez and is produced by James Cameroon. This movie is based on the famous Japanese manga artist named Yukito Kishiro from the 1990’s Gunnm. This movie takes it to place in the year 2563, three hundred years after the war, “The Fall,” the mysterious scientist named Dr. Dyson Ido finds a part of the female cyborg n a junkyard and brings to his laboratory. He finds out that her brain is amnestic but intact, and therefore, he gives the name of his deceased daughter named Alita to this cyborg. As Alita doesn’t remember anything but Dr. Ido’s truth is clear because she is the one being who can break the cycle of death and destruction. But to accomplish, this task she must fight and kill. This is where her true significance shines out. She is an angel from heaven, but she is an angel of death. This truly is the great movie to watch as this captures a moment that can give you eyegasm easily and top on the cheery is the amazing plot which cannot leave your brain that easy and will force your brain to think over and over again. 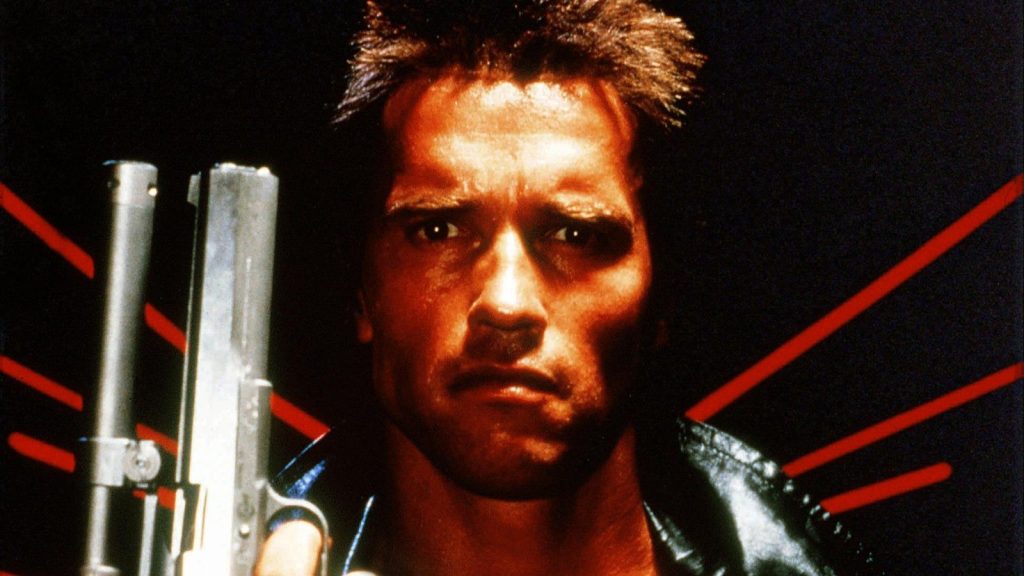 The Terminator is a 1984 American science fiction film which is directed by legendary director James Cameroon. This movie stars Arnold Schwarzenegger as the cyborg who is sent from the future to the past by jumping in time from 2029 to 1984. In this movie, ‘The Terminator’ is sent to the past in order to kill Sarah Connor. How ever, from the same future come to a battle-scarred defender named Kyle Reese in order to stop Terminator, so that the future won’t be affected. But the catch is that the Terminator has no feeling, no pain, he does not sleep, not he needs any food. Terminator only focuses on his goal, which is to eliminate Sarah Connor. This movie is just a phenomenal piece of art, and this movie is still known by millennials all over the world. This fantastic movie has lead to the whole franchise and now has many movies under this title or franchise (to be precise there are six movies including this movie), all the other movies precede this plot and are as amazing as the first one and these all movies have not lost their charm. 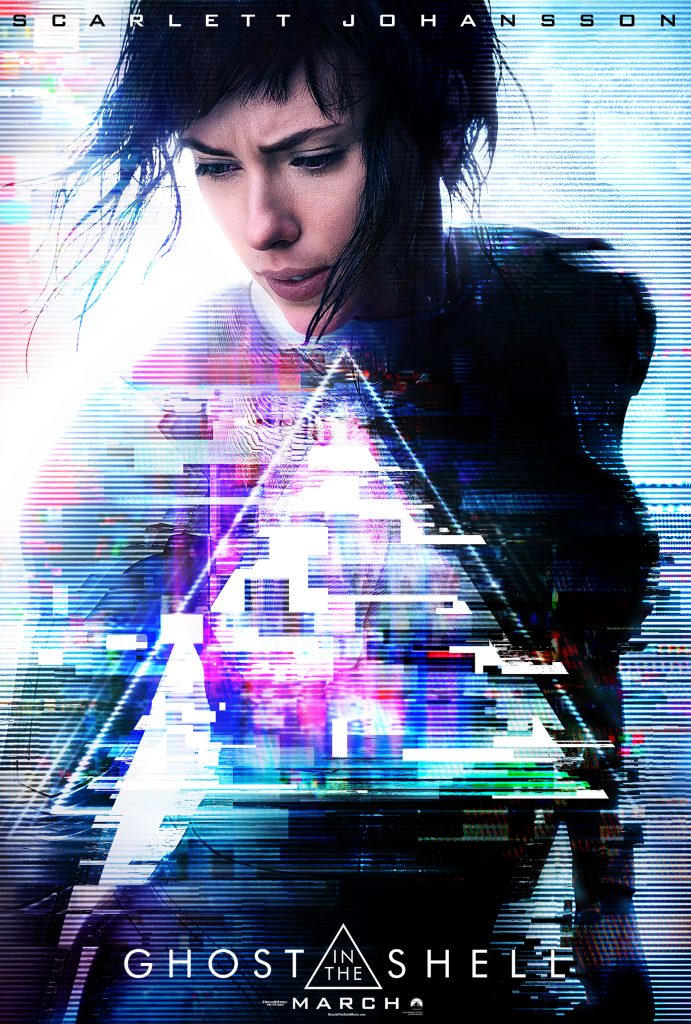 Ghost in the Shell is a 2017 American science fiction action film which is directed by Rupert Sanders and written by Jamie Moss and two other writers. This movie is based on the Japanese manga of the same name and was written by Masamune Shirow. This movie stars Scarlett Johansson, Takeshi Kitano, Michael Pitt, and many other crew members. This movie is set in a time where humans use cybernetic improvement to aid their poor vision, strength, and intelligence. While, Hanka Robotics who are the augmentation developers, they establish a secret project in which the human brain is integrated instead of AI. They chose the subject for this test, a girl named Mira Killian; soon, she becomes the major of army squadron. But later on, she fells hallucination and memory flashbacks, which are immoral. This movie shows how our future would be and how a great cybernetic discovery can change the whole world and how it can be helpful to the human race in many ways if used wisely and properly. 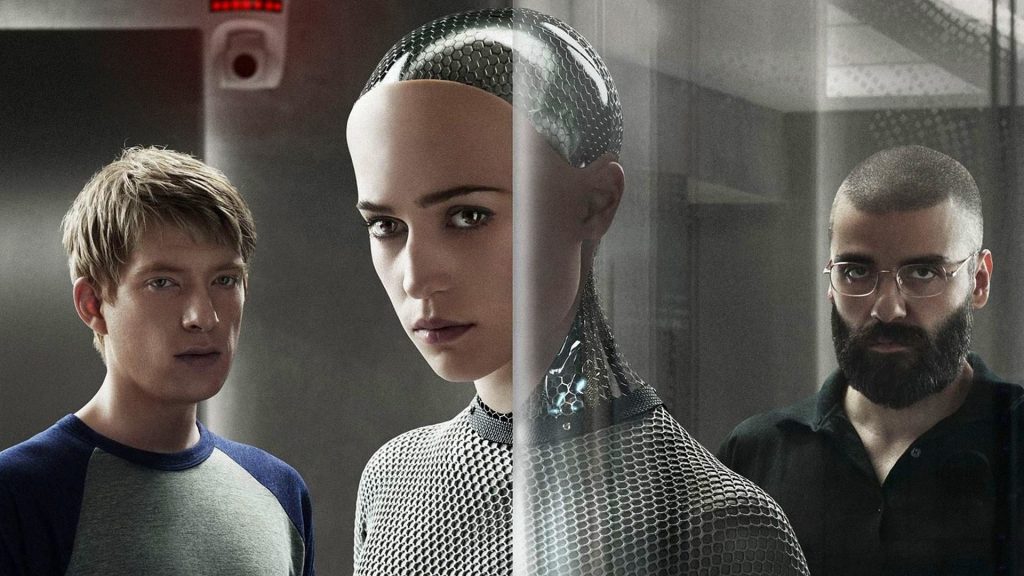 Ex Machina is a 2014 science fiction film that is written and directed by Alex Garland. This amazing movie casts Domhnall Gleeson, Alicia Vikander, and Oscar Issac. This is one of the best cyborg movies out there. This movie follows a man named Caleb, who works in a Google-like company as an employee. One day Caleb visits his CEO’s home. His name is Nathan, while at Nathan’s home, he shows Caleb what he is working on. It is an AI robot named Ava, and he comments that it can change the whole human race, and the human race we know will become history. However, she might be last because Artificial Intelligence comes at the cost of everything. This movie is truly fascinating because it shows the worst possible outcome out there, and it will become a reality if AI really goes that way.