Game of Thrones Season 8 Episode 3 ‘The Long Night’: Night King’s Death, And All Those Who Died 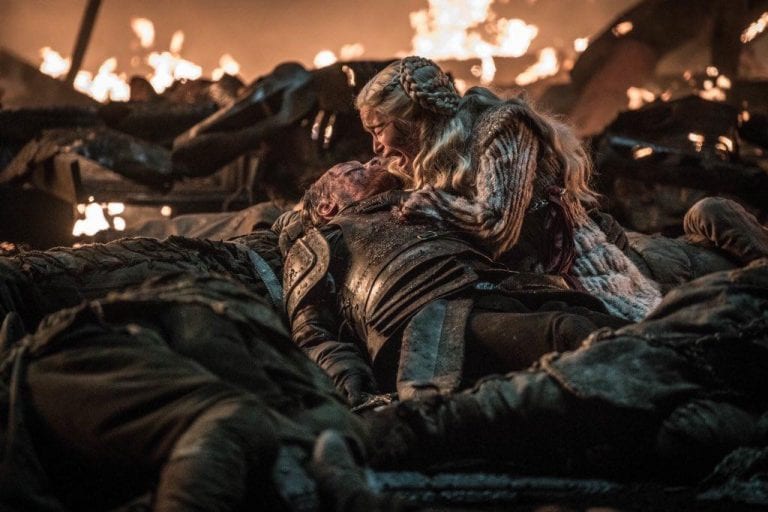 Game of Thrones made history in an epic episode that ended up becoming the most significant episode in the history of the series. What’s more, the episode featured the biggest battle in the history of TV and film, even bigger than Lord of the Rings’ Battle of Helms Deep.

I loved every bit of the episode, and it had me from gripping my chest in fear, to shouting in excitement, to dreading in fear, to rejoicing towards the end, all with a bittersweet taste in the mouth. The episode, titled ‘The Long Night,’ began with the living preparing to fight against the Dead outside Winterfell. Melisandre quickly came to the aid of the living. Daenerys and Jon flew to find the Night King and the White Walkers and kill them. However, the Night King had other ideas when he brought a storm to confuse them.

They then went on to burn a massive portion of the Wights as the Dead made their presence known, as the living retreated to Winterfell. Dolorous Edd Tollett was the first main character to fall, along with Qhono. Many others got injured, and the Dead soon broke into Winterfell, where the fighting continued. The White Walkers were nowhere to be seen, and that was one of my gripes with the episode, but it is a minor one.

Jon and Dany fought the Night King in air and succeeded in throwing him to the ground, but they also ended up falling themselves. Jon tried to kill the Night King, but of course, the Night King was only interested in Bran. Moving on, we saw the battle continue at Winterfell, and it seemed like the living were fighting a lost battle. Even the Hound was quick to see that and gave up until he saw Arya fight with everything she had. Lyanna Mormont fought bravely and ended up killing a Wight Giant in the process, making her curtain call in the show.

The fight continued in the halls of Winterfell, where the dead pursued Arya, and she was saved by Beric, who ended up losing his life in the process. It turns out, he was revived nine times only to save Arya here, and Beric finally drew his last breath.

Melisandre told Arya to shut a few more eyes and blue ones in particular. Meanwhile, Dany was fighting for her life, and she almost died when Jorah showed up to save her. Both kicked ass and they held off a bunch of wights, and Jorah took many fatal wounds which led to him dying later on.

The final section of the episode panned out at the Godswood. Theon Greyjoy and the Ironborn killed a tonne of wights until the White Walkers decided to come for Bran. Theon redeemed himself when Bran forgave him, and charged at the Night King, only to fall and die. As Bran closed in on him and it seemed like Bran was going to die, Arya sneaked up to him and tried to kill him.

The Night King choked her, but her sleight of hand was enough to thrust the dagger into his heart, and the Night King eventually fell, and so did every White Walker and Wights under his control. Finally, Melisandre completed her prophecy of ‘dying in this strange country,’ as she finally took off her choker and collapsed in the snow.

I’ve never seen anything like this episode in my life before, and it is hard to see anything topping this, maybe ever. What are your thoughts on the episode? Let me know in the comments section below!