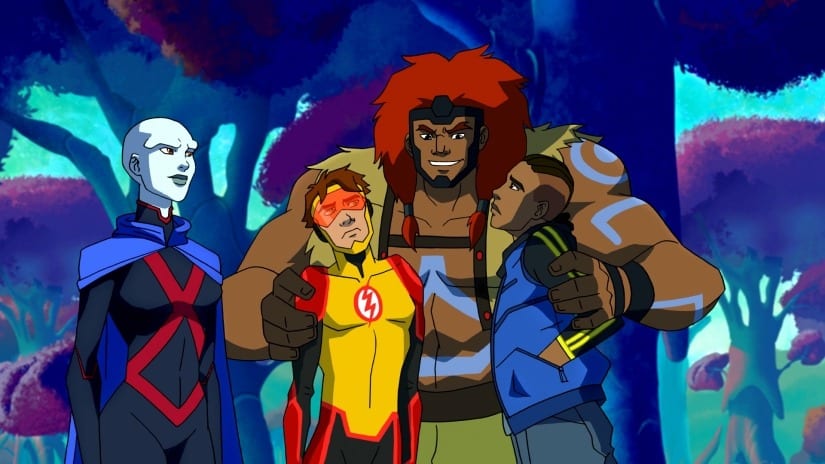 Young Justice is one of the few animated series which has been highly rated by the critics. The show was canceled after just two seasons back in 2013. For some time the fans believed that the show might be renewed quickly. But, the trail soon grew cold, and the fans had lost all hope. However, after a few years, WB announced that we would indeed get a third season of Young Justice. The new season is titled, Young Justice: Outsiders and it was available for streaming on the DC Universe service.

The president of Warner Bros. Animation and Warner Digital Series, Sam Register, said that the support of the fans was crucial in their decision to renew the show. He also said that he is excited to bring the show back to the fanbase. The original producers Brandon Vietti and Greg Weisman returned to the helm.

The third season Young Justice has 26 episodes. The first episode was launched on January 4, 2019. The first half of the show is over, and currently, the show is on a short break. It will be back in June or July of 2019. A update hasn’t been decided yet (updated details at the end).

Now moving on to the cast of the show. Here is the cast:

If you aren’t familiar with the story of the show, then allow me to share some information with you. The series follows the lives of teenage superheroes and sidekicks. They are a part of a secret operation group, and it just called “The Team.” The Team acts a young counterpart to the famous, the Justice League. The show has a high rating of 8.7 on IMDB.

Finally, the day has come when we will see the show returning with more episodes of the third season. The show was on hiatus since February of this year, and we will see the show back after four months. The show has completed thirteen episode of Young Justice: Outsiders, and the fourteenth episode will release tomorrow. Previously, the show has dropped 3 episodes each week, and we expect the same in the next set of episodes as well.

However, there is no confirmed update available of the fifteenth episode and the rest episodes, which might be a concern for now. Nonetheless, everything will be clear tomorrow on 2 July 2019, when the next episode will release. Check out the promo of the next part below!