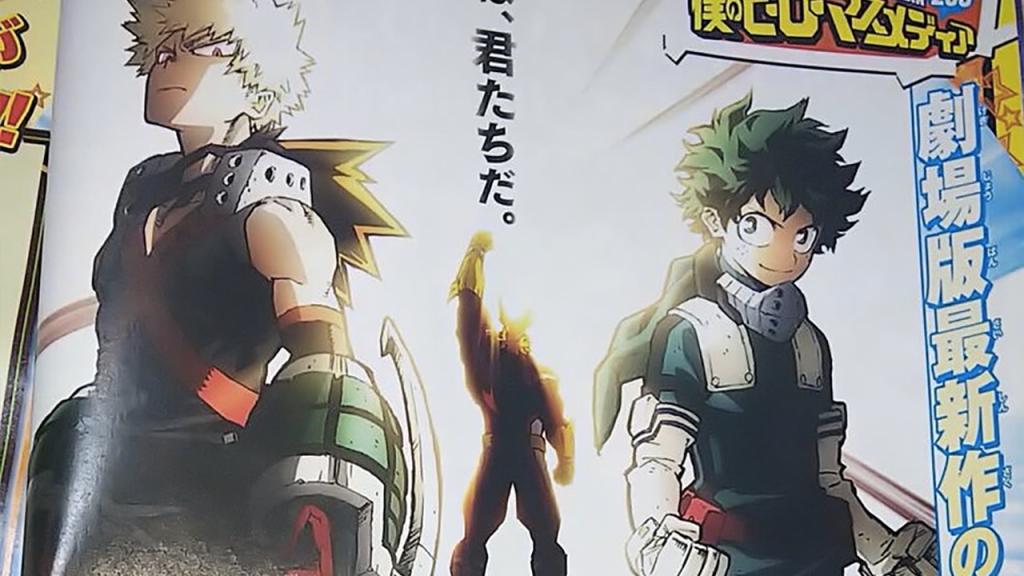 Just days ago, we reported that My Hero Academia Movie 2 was set for a Winter 2019 release, and that more information would follow in the coming days. Well, it didn’t take long for the information to come our way. We now know a lot about the upcoming My Hero Academia movie, and we’ll be discussing it all in this post down below, so let’s get started.

First things first, the next movie of My Hero Academia is titled ‘My Hero Academia: HEROES: RISING’. The previous movie was titled Two Heroes, and it focused on Deku and All Might. This time around, it seems more focus will be thrown on all the students alike, especially Deku and Bakugo. 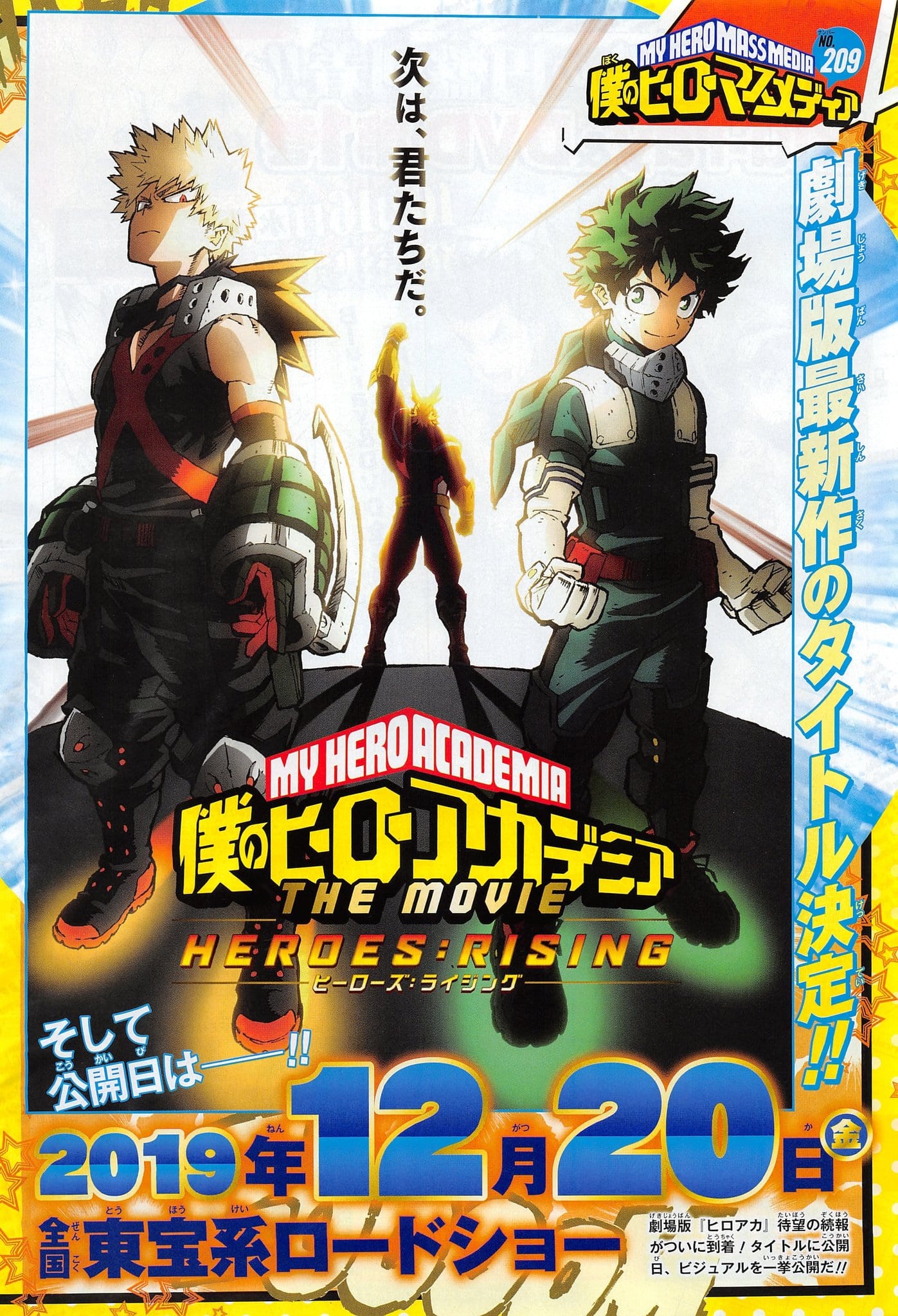 The first Key Visual for the movie is also out, and it shows Midoriya and Bakugo on either side, with the symbol of peace, All Might, right between the two. Whether this movie is set after the events of Kamino district or before that is unknown. If I had to guess, I’d say that it is set after the events and that’s why we probably might not see All Might doing some major fighting in the movie.

As for the update, My Hero Academia: HEROES: RISING is set for a release in Japan on December 20, 2019. That’s very exciting for all the fans to hear because My Hero Academia Season 4 will also be going on around that time. It looks like we’re going to get some solid My Hero Academia content later this year, and I can’t wait!

Are you excited for My Hero Academia – Heroes: Rising? Let me know your thoughts in the comments section below!