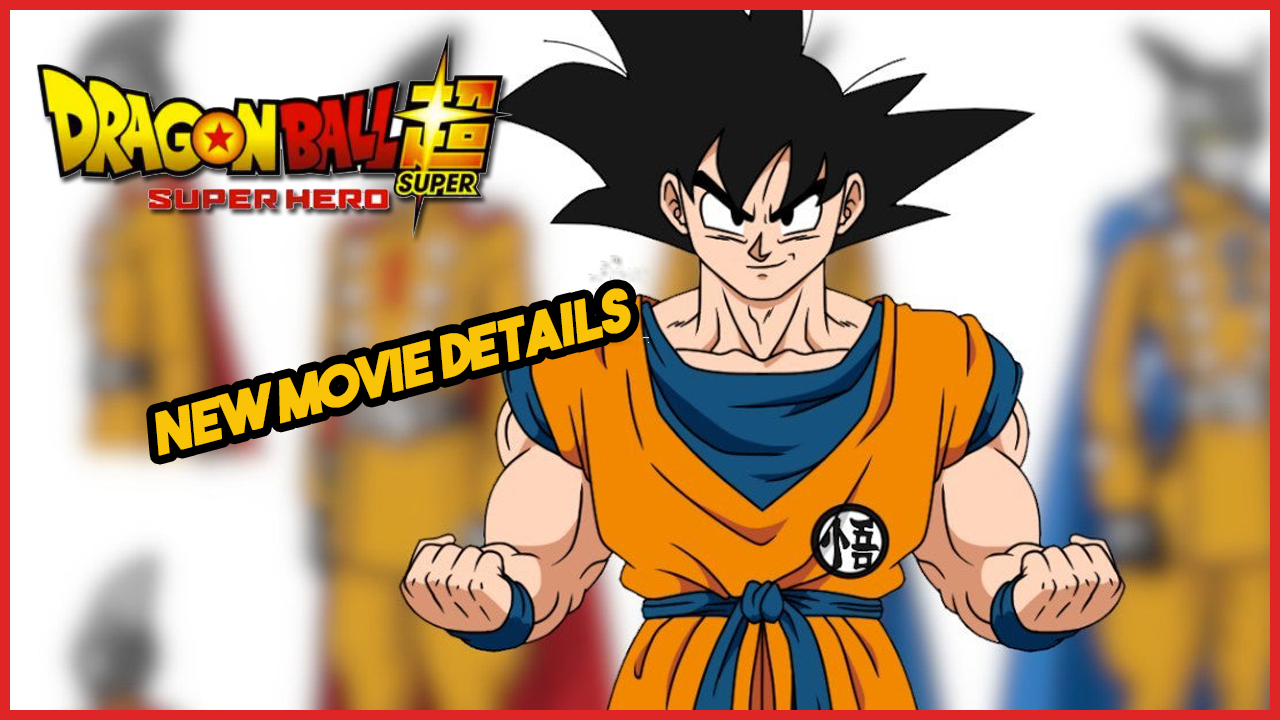 So, first of all the name is intriguing and unique for a Dragon Ball movie right? If we were to guess what’s going to be the name, we wouldn’t guess this.

This is the era of Superhero movies you know with the DC and Marvel Cinematic Universes; and the Z fighters always played the roles of Superhero being the protectors in planetary, universal and even Multi-Versal level, but they don’t really identify as Superheroes in that way. So, its cool to see that in the title. Superheroes is a dominant part of today’s culture and trends so it might be a play on that.

We just got the shortest of teasers, and we don’t know much about the movie yet. Just have some hints, basically its going shed some spotlight on the side characters specially Krillin, Piccolo and Pan as per the information we have now. Goku is in the teaser, so him and Vegeta is going to be there, but others will get some attention unlike the usual which is cool. Because lately Dragon Ball Super has been too dependent on the 2 Saiyans.

We got some designs, most importantly, here’s a look at a new character, we only got the look.

It could be anyone, doesn’t look like the big bad villain but the movie is a comparatively light hearted so he could still be having a major role. He resembles the look of Ultra man, you know he could be the superhero the movie title is referencing.  What if we get a mad Super Hero you know like he thinks he is a superhero but he’s a narcissist bad guy.

Subscribe To The Fan Guy – For Dragon Ball Video Updates

We got Krillin, the usual, he’s a cop.

Piccolo might have a great impact or upgrade through this movie or so I hope. Because he has been mentioned, his design has got a bit of a change, his upper arm is yellow and not pink like in the series. They even showed he has a home now resembling the ones in Namek, so we got the most information about him out of this, I’m hoping he gets to be the MVP of the movie or one of the MVPs. As a fan for so long I have been wanting Piccolo to get back right up there as a warrior, like back in the Frieza, Cell saga he played a prominent role in the battles, he wasn’t as strong as Goku or Vegeta but he gave the villains a run for their money, and he adds so much variety and just the coolness elements to the fight. It would be so cool if he got a new transformation like a higher version of Super Namekian form.

The movie might center around Pan, as emphasis have been given on her growing up. I wonder if they will highlight a sort of bonding between Piccolo and Pan, because in DBS we saw Piccolo taking care of Baby Pan which is such an underrated cute scene. That scene might’ve been a hint about what type of relationship they were going to portray between the two in the future. Oh that reminds she was also baby-sitted by the God of Destruction Beerus. Damn! Pan had quite a babyhood.

And Pan is going to be a powerful character in the future, DBS showed a glimpse of Pan’s potential already. Remember that scene where she was in outer space with the pilaf gang, did a ki outburst was there looking lit and even flied back to her home from outer space all by herself. That highlighted some natural power and even intelligence she was born with. She’s a bit grown now, so we might see some power outbursts from her, maybe something alike Kid Gohan’s outburst vs Raditz, that would be fun to watch.

Many fans are theorizing that it could be about Saiyyaman Gohan, he might be the Super Hero in the eyes of her daughter or want to be so. What if this ends up being a movie about Gohan realizing he needs to return as a warrior, and live up to the expectations of her daughter, and also to be always be prepared to protect his family, because he is been slacking. He might fail initially and that might be his trigger to return, Gohan the Super Hero born again. That would be cool as well, a long time fan desire comes true.

Pan growing up signifies a time skip, but how long will that time skip be, is it supposed to go past the ending of Dragon Ball Z? As you know DBS is taking place before the last episode of DBZ timeline-wise, if they do then they better make it good, because then it’d be the real deal. From the looks of Pan she looks just slightly younger than what she looked like at the end of DBZ maybe.