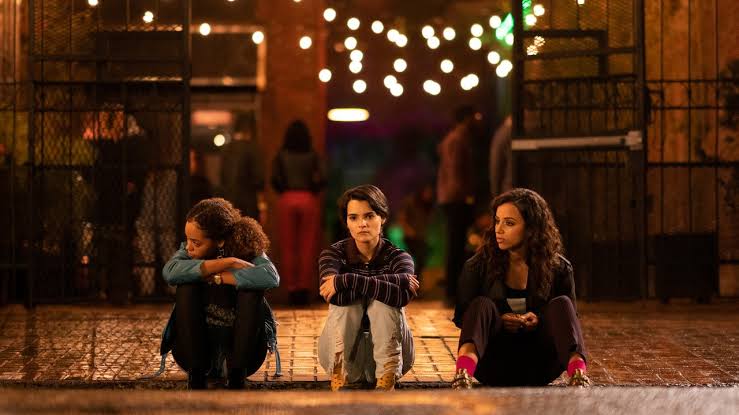 Trinkets, the teen kleptomaniac drama from Netflix has been renewed for a second and final installment by the streaming service. Season 2 will, therefore, see the story of Kleptomaniancs come to a decent conclusion.

Trinkets premiered earlier in the summer of 2019, Brianna Hildebrand headlined the show as Elodie Davis, a freshman at a Portland high school who is a kleptomaniac. She’s arrested for shoplifting something that doesn’t belong to her and is sentenced to attend Shoplifters Anonymous meeting. Elodie is an introvert, Moe loves punk fashion, and Tabitha is a rich person.

At Shoplifters Anonymous, she meets with the other two, Moe (Kiana Madeira) and Tabitha (Quintessa Swindell). Together in their unlikely friendship, they resort to all sorts of shenanigans. Trinkets is a YA- series that was welcomed by one and all, adding to Netflix’s plethora of original content. It is adapted from Kirsten “Kiwi” Smith’s book by the same name.

The first season was launched on 14th June 2019. In July 2019, Trinkets was renewed for a second and the last season. An official relate date remains unconfirmed as of now, although Netflix has said that the show will not air until 2020. It will be shot in parts of Portland and Oregon for the upcoming season.