By Vibhav Pandey
In Entertainment
on September 25, 20202 min read 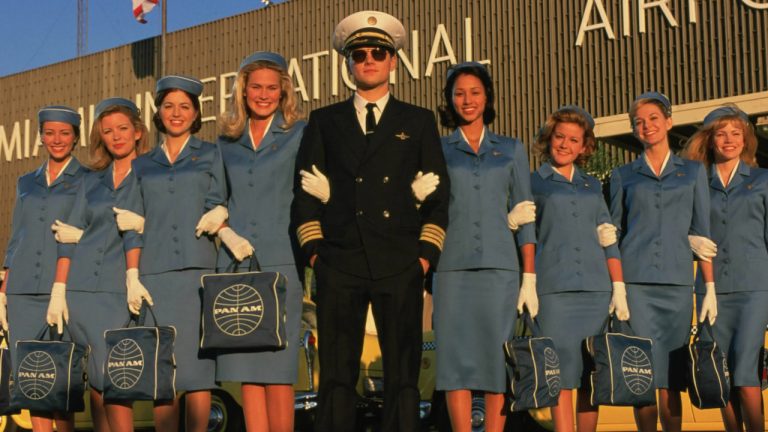 ‘Catch Me If You Can’ is a famous movie from the year 2002. It revolves around the domain of crime while being a biographical film in major aspects. The movie is directed as well as produced by none other Steven Spielberg. Along with Steven Spielberg, Walter D. Parkes has also supported in producing ‘Catch Me If You Can’. Jeff Nathanson (famous American screenwriter and director) has offered his contribution to the screenplay in the movie.

It showcases the pairing of the legendary duo Leonardo DiCaprio and Tom Hanks in the leading roles. The other cast members rendering their support are Christopher Walken (also recognized for his role in The Deer Hunter), Martin Sheen (known for his character in The Subject Was Roses), and Nathalie Baye (who also played a role in Every Man for Himself).

How is the movie ‘Catch Me If You Can’ so different?

The movie revolves around the character of Frank Abagnale who is about to celebrate his 19th birthday. However, even before he could reach that glorious occasion, he has already committed frauds which accounts for millions of dollars.

The various defrauds were played while posing as a Pan American World Airways pilot, a Georgia doctor, and even a Louisiana parish prosecutor. In fact, his leading crime was that of check fraud. The FBI was completely flabbergasted with his excellent talent that they even asked for his opinion in order to catch hold of other such crime committers.

The various pieces to the film were being brought together starting from the year 1980. This whole act was stretched until the year 1997. However, Spielberg was not the first choice for directing this movie.

Even before him, the other options for directions were David Fincher, Gore Verbinski, Lasse Hallström, Miloš Forman, and Cameron Crowe. Keeping them all aside, Spielberg decided to showcase his talent in a direction all by himself. The entire shooting for the movie which began in February 2002 came to a conclusion in May 2002.

The movie was finally released on 25th December 2002 and brought huge success along with it. The budget of the movie was $52 million while the Box Office collection accounted for $352.1 million. It is 141 minutes (2 hours and 21 minutes) long which is minutely edited by Michael Kahn (also offered his contribution in TV-based Hogan’s Horses).

In fact, when the 75th Academy Awards took place, Christopher Walken and John Williams got the opportunity for being nominated as the Best Supporting Actor and Best Original Score respectively for their fantastic contribution to the movie. The movie is now available on Netflix making it an all-time favorite watch. Have you watched ‘Catch Me If You Can’ yet? Why do you think the movie is so special and extraordinary? Let us know.