The One Piece manga wrapped up the second act of Wano Country recently, and as with the ending of the first one, the buffer chapters that we got were incredible. You’d expect Oda’s chapters to be filled with information and that’s exactly what we got earlier this week when Oda revealed the information that every single One Piece fan has been craving for since day 1. We’ve all wanted to know about the bounties of the Yonko, and now we have it. 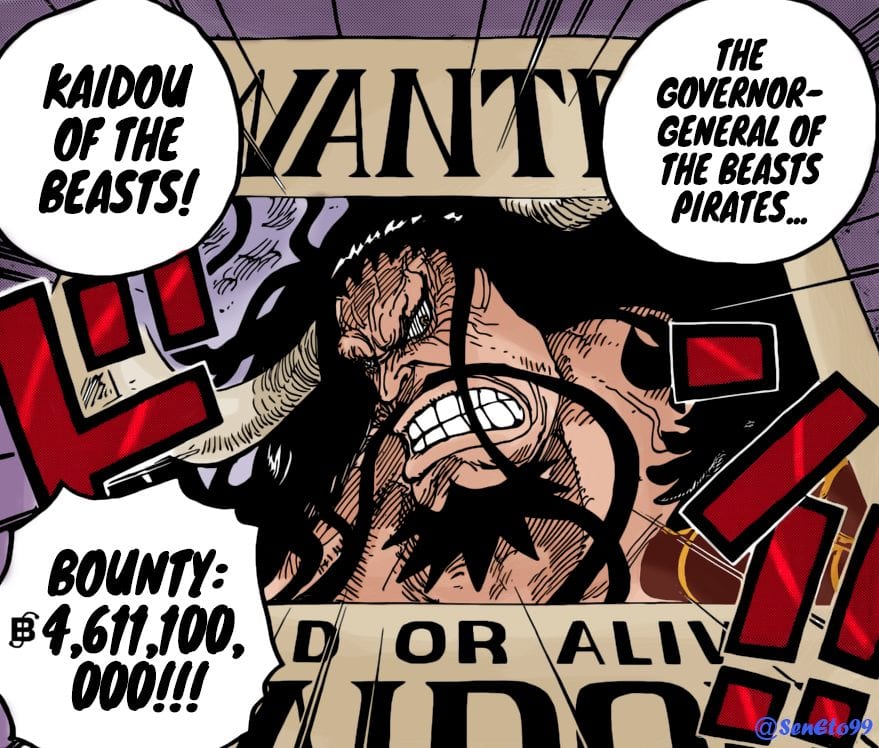 It almost feels too good to be true at times because we never expected this information to be revealed at once, but here we are, with the bounties of all the Yonko of the Sea known. The lowest of them all belongs to Blackbeard, who has a bounty of 2,247,600,000 berries. After him comes Red-Hair Shanks, who has a bounty of 4,048,900,000 berries, which is almost the double of what Blackbeard has. This isn’t too surprising, considering the fact that Blackbeard has been a Yonko for just a year right now, while Shanks has held the position for six years.

Moving forward, we have Big Mom, who comes second with a bounty of 4,388,000,000 berries, which is more than Shanks’ bounty, which is probably because she’s been one of the Emperors for a longer period, and could arguably be stronger as well, we don’t know that just yet. Finally, the pirate with the highest active bounty right now is the man who Luffy is up against, and he’s the General of the Beasts Pirates, Yonko Kaido of a Hundred Beasts. His bounty is 4,611,100,000 berries.

That’s not all! We also got the bounties of the former legends in One Piece. The strongest man in the world and the strongest pirate in the world Edward ‘Whitebeard’ Newgate had a bounty of 5,046,000,000 berries. Whitebeard is one of the only two Pirates who have their bounties over the 5 Billion mark. The second one is the Pirate King, Gol D. Roger, who had a bounty of 5,564,800,000 berries. Roger’s bounty is the highest that any pirate has ever gotten in One Piece, and we are curious to see if Luffy ever manages to surpass his bounty.

For Oda to drop this information on us is surreal. We hope that One Piece continues down the same path of incredible storytelling in the coming weeks as well.

What are your thoughts on these bounties? Let us know in the comments section below!