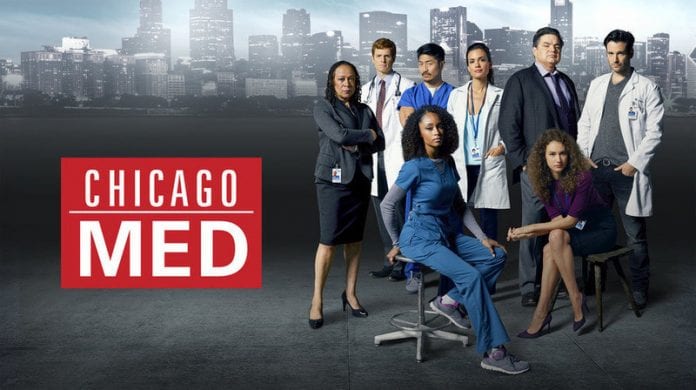 After the previous week’s episode on the blackout, the next episode of Chicago Med is going to have our favorite doctors at cross-roads. Why? In determining the best approach to treating this week’s lot of patients. We can see palpable tensions arise between Dr. Will Halstead (Nick Gehlfuss) and Dr. Natalie Manning (Torrey DeVitto). Natalie’s head trauma is still affecting her and she asked to stay away from a patient as she can’t decide which meds to prescribe to a young child. The latter will question Natalie’s capabilities in treating a patient. Will’s objections to Natalie’s continual work on a case will cause further heighten friction between the two former lovebirds.

In the rest of the episode – “In the Valley of the Shadows,” the newest character
Dr. Crockett Marcel is making waves. As he’s assisting with the treatment of a patient, Crockett Marcel will get some pushback from veteran nurse April Sexton (Yaya DaCosta) over his views on the proposed method of treatment. Their interaction remains an interesting thing to be seen.

The opener episode of Chicago Med aired about two weeks ago, the episode was largely underwhelming. It featured the exit of Colin Donnell and Norma Kuhling as Dr. Connor Rhodes and Dr. Ava Bekker. It was mostly about them and Natalie being unconscious from head trauma.

Chicago Med airs on Wednesday nights on NBC network. Chicago Med airs at 8 p.m. ET/PT and 7 p.m. CT; Chicago Fire season 8 will premiere at 9 p.m. ET/PT and 8 p.m. CT, and Chicago PD will start season 7 at 10 p.m. ET/PT and 9 p.m. CT. If you would like to watch one, two or all of the episodes but do not have a cable subscription, there are still options for you. You can live stream NBC on your computer, phone, Roku, Fire TV, Apple TV or another streaming device via one of the following cable-free, live-TV streaming subscription services:
1. FuboTV
2. Hulu With Live TV

Meshack Makungo - February 20, 2020 0
The Case Files of Jeweler Richard Episode 7 will be airing in few hours in JST, so with this, the earliest streaming sites will...

‘If My Favorite Pop Idol Made it to the Budokan, I...