New Images, Artifacts And Keys Revealed From Tom Holland’s Upcoming Uncharted Movie! What Do The Artifacts Say About The Video-Game Based Movie!

Tom Holland is riding high as all his upcoming movies create nothing but the hype around the internet, and fans can’t get enough out of it. First, the poster of the upcoming movie titled “Cherry” was making noise around, and now new revelations from the upcoming video-game-based movie “Uncharted” are creating conversations and fire among the fans. And also, who has not heard the humongous hype that the upcoming Marvel’s Spiderman 3 is generating with the casting of huge names one by one to perform a cameo in 2021’s sequel Spiderman: Far From Home. So we have to admit, Tom Holland is someone to look out for in this highly anticipated year of 2021 where a large number of studios are coming in with their movies that didn’t see the light of the day last year because of the pandemic along with all the new releases that were already slated for.

People might be used to watching the chocolatey faced Tom Holland most of the time, but his recent movie choices with the likes of Devil All The Time and Cherry have made him an actor to look out for. The same goes for his upcoming movie based on Naughty Dog’s popular video-game series Uncharted, where the actor has debuted a new rough and rugged look, which has got the fans to turn in their heads. For years, the movie has seen a large number of delays, recasting, and constant change of directors until it was finally confirmed after the popular Spider-man actor said yes to it.

Although the fans have been kept waiting for the trailer, the official Twitter account of the Uncharted movie has released a few images teasing everyone what to expect from the action-adventure flick. The post featured several artifacts and relics that long video game fans might be familiar with and led them to create theories, predictions, and conversation for the new Tom Holland venture.

Here we analyze all the images shared by the official Twitter handle of The Uncharted movie and what to expect from the upcoming Tom Holland’s action-adventure film.

New Images Of Keys and Artifacts For Uncharted 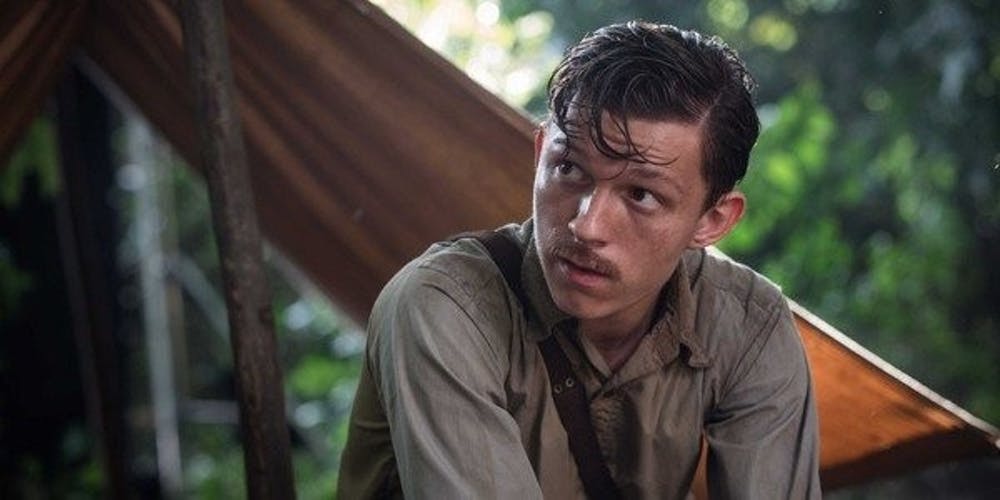 Unlike the video-game series, the movie is set to follow a completely different storyline instead of adapting the stories from any of the video games. On the other hand, Tom Holland will also be featuring a much younger Nathan Drake, unlike the video-game series where he is much older. So fans have been keen to see what this new venture could look like and when the trailer will be dropping.

Through the official Twitter account of the Uncharted, Sony has blessed the fans with a new revelation that has got them excited all the way again. The new tweet with a caption congratulating the fans for a new year featured 4 images, each comprising a golden cross looking key, the same key getting used to open a box or a doorlike artifact, a statue, and a map. The article gained a buzz online, and long-time videogame fans started filling up the comments asking for the trailer already.

The first image of the post features a golden cross-looking key, which we could say will play an important part in the movie as it will be required at whatever treasure they are looking for. According to the game, all we remember is that one similar-looking artifact used to be a collectible though it wasn’t used as an important part of the gameplay. In the second picture, we witness the key again; this time, we say it may have reached its destination, and who knows what it’s supposed to open.

The third picture sees a state, and let’s take a closer look, and we can see the cross appearing again on the shield of the statue, although it is not the same. Probably this third image is one of the nods to the original video game because it’s been theorized that the statue represents Sir Francis Drake, whose descendant Nathan is from the Uncharted video game. The same Francis Drake that Nathan Drake followed in the first installment of the video game series to find El Dorado. The last picture we see is a map! Obviously, a treasure hunt is always incomplete without a map, so we need one, and we can bet the map will tell all the locations Nathan needs to dive into.

Related: The Best Video Games In Recent Years To Play On Your XBOX

update, Cast, and More About The Upcoming Uncharted movie.

So far, these are the only things we have to be satisfied with until the trailer comes out, which is not too far, we believe. Now or later, we are getting the first trailer soon, and these images are just a sign that it’s very close. The movie wrapped up its shoot in October of 2020 and is set to release on the 16th of July 2021. 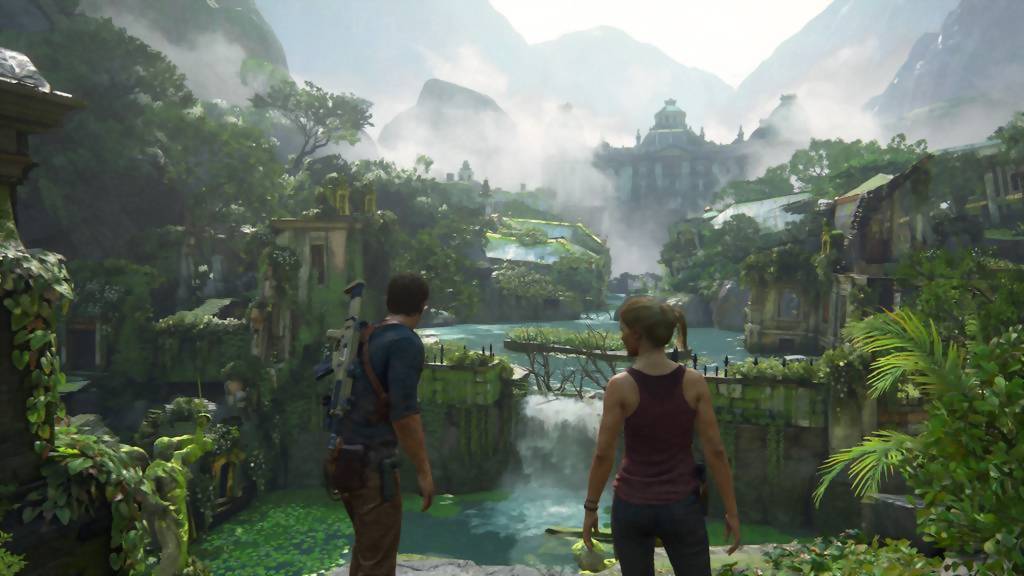 Uncharted is directed by Ruben Fleischer and is based on Naughty Dog’s popular game series created by Amy Hennig. Along with Tom Holland as Nathan Drake, a young hunter known to be related to the famous English explorer Sir Francis Drake, we will also see Mark Walhberg, known for his movies like The Departed, Ted, and Patriots. Mark Walhberg will be seen as a fortune hunter who serves as a mentor and a father figure for Nathan Drake. Mark Walhberg was considered for Nathan Drake’s role during the earlier stages of the movie’s development until the studios decided to feature a much younger Nathan Drake with a completely different storyline instead of adapting the original video-game series.

Apart from both the stars, we will also see Sophia Taylor Ali, who will play Nathan’s love interest Chloe Frazer, another fortune hunter. Antonio Banderas and Tati Gabrielle will also be seen as part of the movie’s supporting cast.

Related: Games That Got Us Through 2020 – Gaming Recommendations