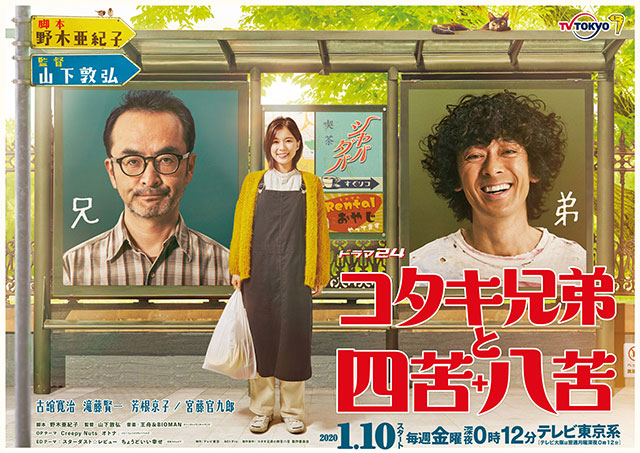 Kotaki Kyodai to Shikuhakku (コタキ兄弟と四苦八苦) or Kotaki Brothers and Shikuhakku is a Japanese drama series directed by Nobuhiro Yamashita which started airing in Japan from Friday, January 10, 2020, during the “Drama 24” block on TV Tokyo. The show is written by Akiko Nogi.

The drama airs every Friday midnight JST. The first two episodes of the drama have aired already, and the third episode is expected to air this week. The airtime of each episode is 40 minutes. In this article, we will take a look at what the drama is about and where one can watch it.

The show is a slice of life comedy that focuses on brothers Ichiro (played by Furutachi Kanji) and Jiro (played by Takito Kenichi). Both brothers are poor and are trying to make ends meet. Ichiro, who was an English teacher and is now unemployed, is a very serious type. His brother Jiro is starting a rental father service, and the series sees both of them deal with issues from the clients.

Where To Watch Kotaki Kyodai to Shikuhakku?

The show is streaming on Japanese online video service Paravi, and telecasts on TV Tokyo in Japan on Fridays. There is no news on the show getting officially licensed outside Japan as of this writing. The show has been picked up by a fansub group, however and can be viewed that way if you don’t want to wait for the official release outside Japan, assuming it even gets one. Fansubber “HPriest” is subbing the show in English as of now.