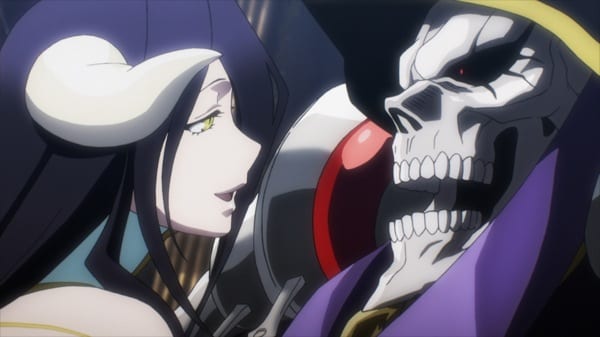 Overlord got a split-cour anime which consisted season 2 and season 3 of the show and fans are already looking forward to Overlord Season 4? Overlord Season 3 aired last year, and normally you’d expect the next season to be out just a year from then. But, the series has some serious complications that prevent this from happening, and in that case, we won’t see the series return for quite a long time.

Right now, nothing has been said about the fourth season of Overlord, and that adds fuel to the fire and supports the idea that Overlord will not return this year. Let’s discuss everything that we know about Overlord Season 4 in this post.

Will Overlord return in 2019? I don’t think so. Overlord’s production is a bit complicated, and this is because the show tries to connect the novels and the story in the best way possible. From what is available right now, it just isn’t possible to make the fourth season out of it. The point at which Season 3 left the story, it just doesn’t connect properly to the novels that are available.

Once the novels are out, we will see the production for Overlord Season 4 begin. Madhouse certainly wouldn’t want to rush anything, so I think it is safe to assume that Overlord Season 4 won’t return in 2019. This is a very slim chance of Overlord coming back towards the end of the year, but I don’t think that a decent production will be wrapped up in just a few months.

An anime like Overlord needs 9 or more months of production time, and that’s just how it is. Overlord Season 4 is expected to return in 2020, and we’ll just have to wait until then.

All Anime fans are deliberately waiting for Overlord to return with season 4, and it looks like the fans will have to chill out a bit. We have recently heard rumors about an early release, but that is not going to be anytime soon. Hence, all the fans should forget 2019 update, and it would be good even if we get season 4 in the first half of 2019.

Producing season 4 will take considerable time, so it would not return before Summer 2020, and we expect a Fall 2020 release as per the rough calculations.

Amid all the speculations and rumors, we have got some solid information, with some backing as well. Till now, we did not even know whether a fourth season was given a yes nod or not. But now, we are informed that the fourth season has been ordered. Comicbook also reported the same, and the announcement came from KSM Anime.

While it might not be reliable if there was no backing to it. However, Kugane Maruyama and so-bin have also backed the news, as per the source. If that is true, which would be of course, then Overlord 4 is not too far away. But still, our anticipation for the release stands there, as no update was teased.