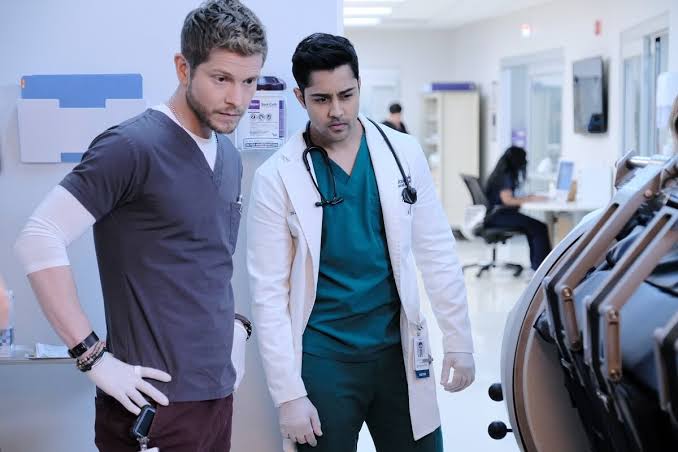 In this post, we are going to talk about The Resident season 2 episode 18 where to watch, and spoilers. But before that, it would be crucial to know what happened previously to understand better what is going to happen in the next episode. Therefore, the following paragraph will contain spoilers from the previous episode. So those who have missed it should skip the following paragraph to avoid spoilers.

The last episode had a lot to offer, although the episode was all about the patients. The surgeons had to work together to save Raptor’s old mentor, Abe, anyhow. But the most interesting and breathtaking moment was when another patient needed ECMO machine, which was a big concern for the doctors. They had to choose between Abe and another patient in his 20s. After a lot of discussions, Abe was chosen because the other patient could survive for a long time as he had better condition than Abe. Now, let’s talk more about the upcoming episode ahead!

Viewers can also watch the show online using the FOX app or website, where they need to add their cable TV subscription details to log in. Also, there are numerous other online options such as Roku, Sling, DirecTV Now where viewers can watch FOX channel at the mentioned time for watching The Resident. The following paragraph will contain spoilers from the upcoming episode.

The next episode will feature Chastain getting his ties broken with the evil medical device manufacturing company Quovadis. Due to that, Marshall would be seen preparing for his new ideas in the medical field. Moreover, Devon will be finding out what happened to Julian Booth, finally! Conrad and Alec will be busy diagnosing a gymnast who would be having weird characteristics. Take a look at the trailer of the next episode!