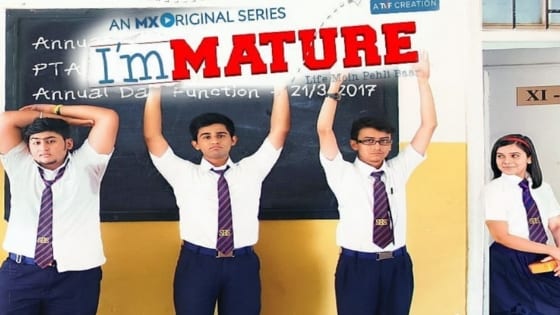 Highly-acclaimed web series ImMature has been making rounds on the internet. This VF’s Cannes series will be screened at The Cannes International Series Festival this month. Season 1 of ImMature released on February 18, 2019. It dealt with the story of a bunch of 16 year-olds and their struggles of life, including the joys and the progress they make. All in all, it is a coming-of-age story about all these kids.

The cast of ImMature includes Omkar Kulkarni, Chinmay Chandraunshuh (Chillar Party), Vishesh Tiwari (Chillar Party) and Rashmi Adgekar. It’s a mini-series, a total of 5 episodes tell the tale of a brewing romance between Dhruv Sharma and Chavvi played by Omkar and Rashmi, respectively.

ImMature premiered first in 2018 at Canneseries, which is a festival for TV programmes. It owed credit to Sameer Saxena and is directed by Prem Mistry. Abhishek Yadav, Suprith Kundra, and Nishaad Javeri served as the writers to ImMature.

The Viral Fever’s ImMature can be streamed on MX Player too. It traced the school life of Dhruvv as he tried to get close to Chavvi, his high-school crush of years. The supporting cast includes Dhruv’s friend Kabir, who desperately wants to be a bad boy and color blinded Susu.

As of now, there’s absolutely no talk of doing ImMature Series 2. Since the show has done exceedingly well, I’d like to think it will get another Season. It’s a waiting game for now, more as we have it.