Revolving around the concept of gambling, Kakegurui is an entertaining and exciting series that brought the spotlight to this sub-genre. That combines school and gambling; this series presents us with a precisely created and formulated show that is so fun to binge and enjoy. However, this is just a part of what Kakegurui has to offer, so let’s dive deeper into it. But before that, let’s take a quick look at the summary, shall we?

The sons and daughters of the wealthiest families are admitted to the prestigious school named Hyakkaō Private Academy. This Academy provides them with a unique curriculum that teaches these students how to read their opponents and attain victory over them. How? It involves strict gambling, and winners of those gambles live their lives as Kings in this school, whereas others are no better than slaves. However, the situation changes as Yumeko Jabami makes her appearance in this Academy and shocks the best of the best gamblers.

A school where your skills judge your supremacy as a gambler took the concept of a particular school on a side no one can think of. The idea of using gambling as a metric to judge how an individual would perform in his/her life is creative as well as understandable. The series also highlighted some ignored benefits of gambling subtly.

The ability to judge the other one, being calm in tense situations, predictions, will give up everything you have, and the misery that resides if you lose is an exact representation of the lives of various political and business leaders we know. Being cunning is a necessity in this world. Harsh as it may sound, one shall do all he can to ensure success in life, even if it means cheating and throwing your morals off. 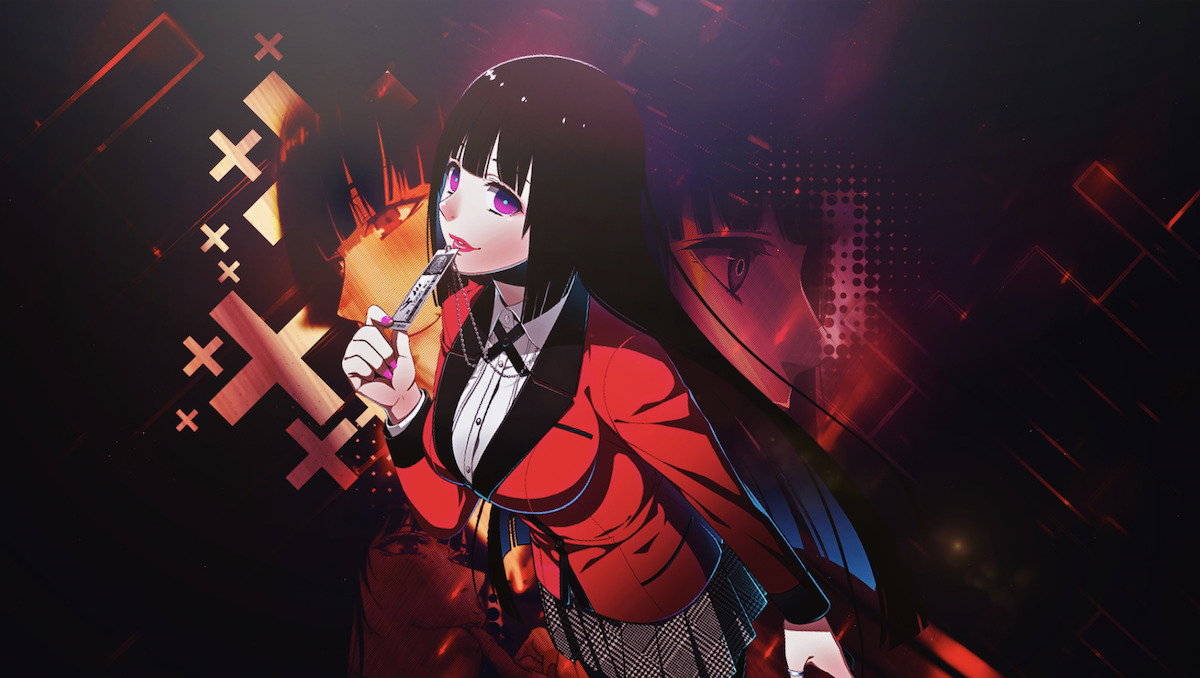 A person must be thoroughly acquainted with the ongoing scenario and figure out a way to lead to the best possible results for himself to secure his victory over anyone. This setting is just a verbal representation of gambling. Just how you read the mood and movement most appropriately in a gambling match should be your actions in reality. But how far can you take this so-called ‘Gambling’? Will you cut your hair for it? Will you give up your status for it? Will you DIE for it?

The idea of ‘Risk’ is presented in a beautiful and relatable manner. Each gambling session is different and requires your wit to pave your way through it. The series didn’t mistake gambling as just poker or roulette but took various unique games and used it to represent true gambling.

Every match has been presented as a ride of emotions and dilemmas that characters face as they continue their game. The tensed-up situations are entertaining and horrifying at times, highlighting the idea of ‘Give It All’ how gambling can make one a leader and the other a loser is portrayed in a delicate method.

The animation in this series is excellent and offers some great camera movements. The excellence of the animation can be seen during a game being played. Whether it’s cards, toy knives, or fingernails, the art style enhances the essence of terror in the series by presenting these simple things in the most freaking style. The character designs are also lovely, and the way this series has presented the emotions of frustration, overconfidence, and persuasion is a highlight for the animation department. 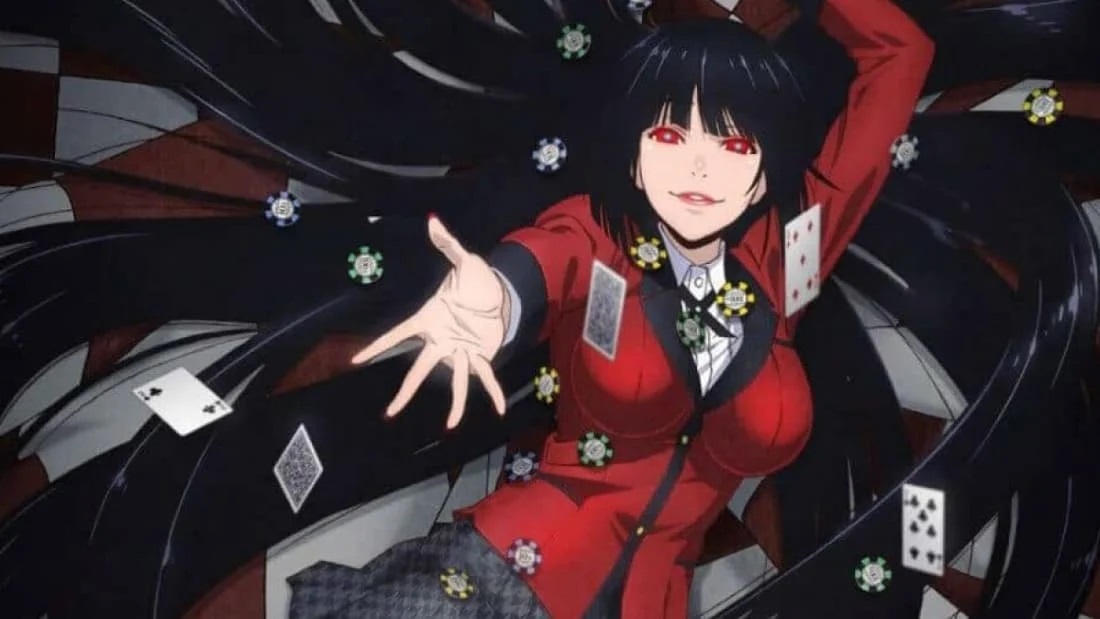 All the characters are unique in some way or another. They have a knack for something, and it stands out as an exciting factor for us viewers as we see them involved in a gamble. They all seem insane yet keep their sanity in control, and look naive but are cunning as a fox; a bunch of smart and intriguing personalities can be witnessed in Kakegurui. But let’s talk about the characters that stand out the most in this series.

She looks cute and timid, but no! She isn’t! Her looks allow her to hit others when their guard is down, and once she traps her enemy, she would swallow them down like a starving snake. She is the one who considers gambling as the ecstatic feeling in the world and can reach any limits to keep up with that feeling. Simple as she appears, her personality has a lot to say—a well-written character for a gambling-oriented series.

One can feel the intimidation and heat along with her presence in an episode. She is smart, ruthless, and hostile to anyone who stands against her. Possessed by the idea of gambling being the ultimate satisfaction, she stands as an admirable rival to Yumeko. Not to mention her personality speaks confidence and pride along with cruelty and misery for its opponents.

The fact that every student belongs to a rich and prosperous family degrades the essence of the series to a significant extent. Even though the ‘Give It All’ idea was implemented a lot of the time, viewers unconsciously knew that the other character can still go on in their bets. Absurdly high amounts of money don’t intensify the situation well enough.

Gambling is exotic for many characters, causing them to lose their sanity as they play a match with a strong opponent. However, the fact that every character as such goes insane a lot of times, makes this element somewhat useless. One may feel the craze in the first few episodes but later on, they would get used to those expressions.