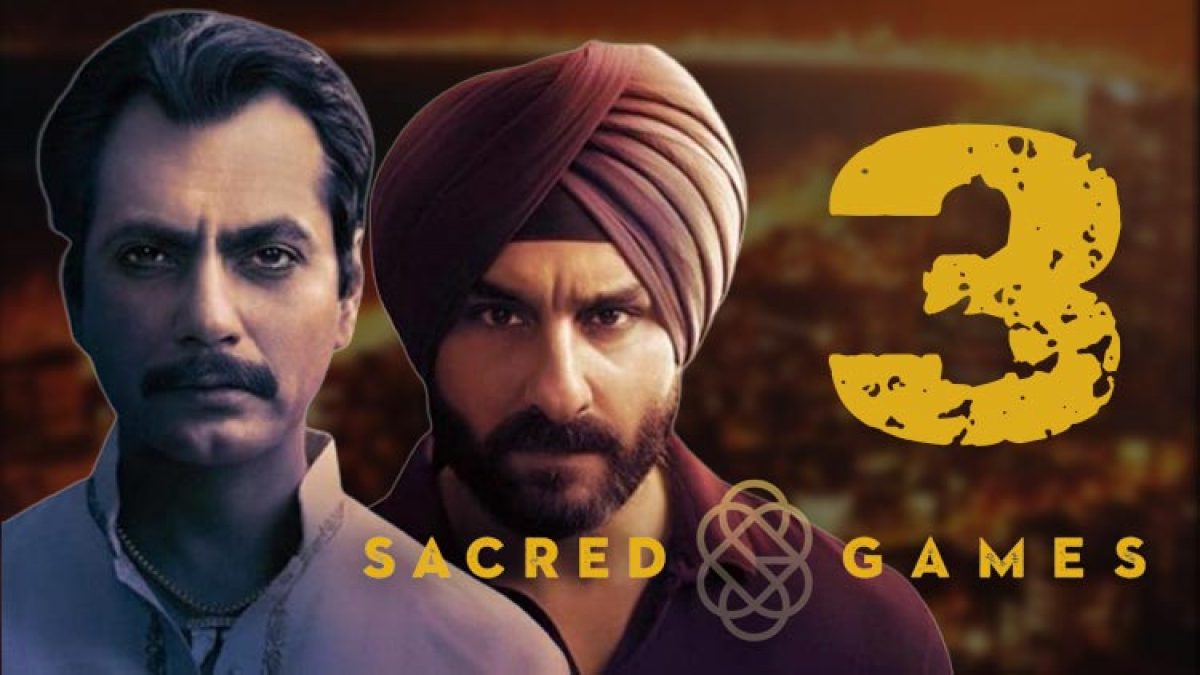 Sacred Games Season 3: An Indian web series, television thriller, Sacred Games, is based on a novel written by Vikram Chandra in 2006, under the same name as that of the series. The series is directed by Vikramaditya Motwane and Anurag Kashyap, produce under the banner of Phantom Flims.

It is said that the Vice-president of Netflix contacted Motwane to create Indian content for the platform in 2014. Hence, this series came into existence with its recognition as the first Indian Netflix original series and has got tons of response by the viewers, which is resulting in the release of its various seasons. 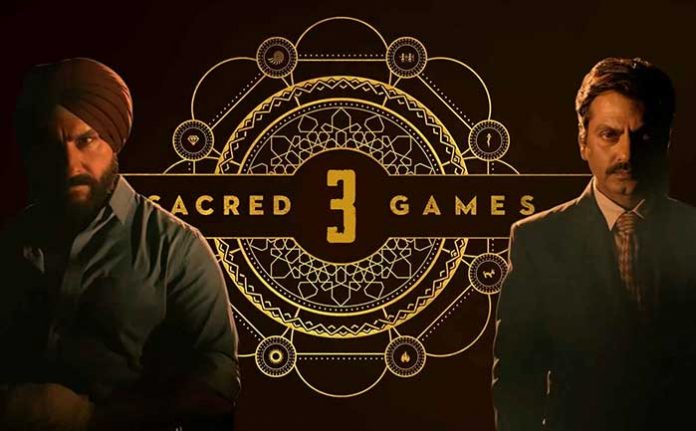 The first and the second season of the series contains eight episodes, so we assume that the third season of the series, Sacred Games, will also have the same number of episodes to entertain the viewers. Saif Ali Khan, who acted as the main role in the series, spoke about the third season to the Press of India, but it has not yet been confirmed as he said, “The story ends at the end of the season this season” that is season 2.

The end of the first season left the series with an open door to explosive stories shown in further coming seasons. The second season closed with a massive cliffhanger, where Sartaj Singh put a stop to the bomb by having three attempts for the code.

The screen turns black after entering the code for the third time, which left viewers in interrogation. The third season is expected to start with some new story, but with the same cast, including to run it and again end in an interesting way, which can keep the audience pulling their hair after watching it.

The season 3 cast is most probably said to be continued with the cast characters seen in season 1 and season 2 which includes: 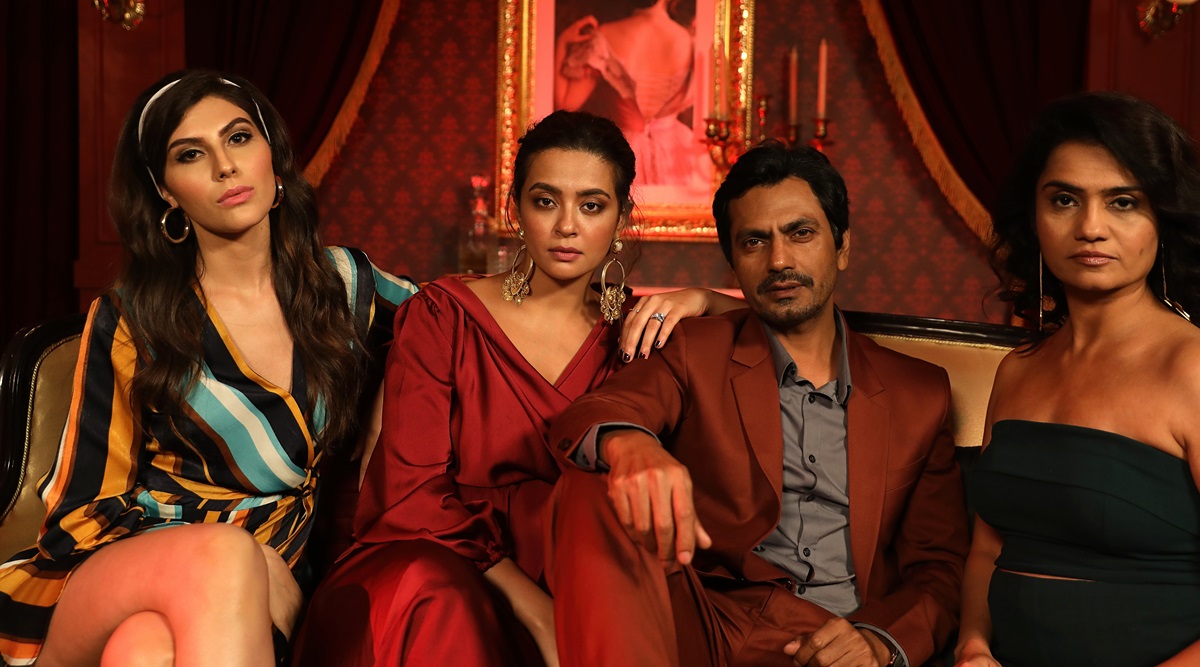 As we talked earlier, the third season of Sacred Games is expected to be released in September 2020, but we might be seeing a delay due to the ongoing Coronavirus Pandemic. Sacred Games Season 3 is filmed and produced in India, and at the very moment, there is lockdown across the whole India due to Coronavirus; filming and shooting of the shows have stopped, and it looks like we won’t be getting Sacred Games Season 3 this year. However, it is still too early to speak.

We will have to wait for the official confirmation. Nonetheless, Sacred Games Season 3 is getting delayed.

There have been two seasons to date released of the series. Sacred Games is described as Indian espionage that lies with the surfaces of the economic renaissance. It deals with an emotional world which links between organized crime and the continuous local politics, causing the story more interesting for the audience. Here is what, the first season and the second season of the series says. Both the seasons contains eight episodes each. The series runs on two parallel tracks, one with winding the story of the underground of Mumbai city in the 80s and 90s and second with the modern hunt in day to day life behind the death of gangster bizarre final words.

The first season explains about Sikh police, Sartaj Singh inspector is seemingly invited as the Bombay officer to pursue the lord of criminals of the G-Company, Ganesh Gaitonde. Gaitonde reveals hints of the identity which collaborators with his own life along with its harrowing times. The season explains about the Bombay officer seeking knowledge about the criminal, his prey, throughout the journey of catching him, the two players of the series ( Sartaj Singh and Ganesh Gaitonde) founds out a different scenario that they were entangled in the fact part which expands beyond their city. Sacred Games later in this season goes on lager themes than as the story-line moves further.

The second season gives a summary of the first season and then continues with the story of Sartaj’s struggle to find his prey Ganesh Gaitonde. In contrast, he continues to build his empire in Kenya. This season introduces new characters to the viewers. Gaitonde meets Guruji, who he believes has all the answers to his problems. The Bombay police officers find a way to visit Guruji’s ashram. Sartaj finds about Shahid Khan, a person who’s motives are not clear and looks like he might be a part of Gaitonde’s circle. The police also discover about the gangster’s nuclear consignment delivered to India. Later on, Gaitonde defies RAW’S order to kill shahid.