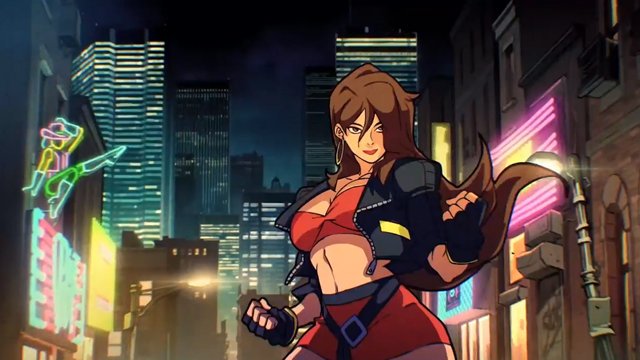 2018 has been an exceptional year for gamers, as we got to see so many awesome games which released this year, and many other games which were announced but, they’re still in development and are likely to come out in 2019 but, among them came a surprising one, Streets of Rage 4. The announcement of the sequel was made earlier this year, and ever since that, fans have been going crazy.

Streets of Rage 4 is in development, and it will be coming out this year. The publisher of this game is DotEmu while it’s developed by Lizardcube and Guard Crush Games. This game is a side-scrolling beat them up the game and is a continuation of the series the first game of which released back in the 1990s.

Till now, different screenshots of the game have been released along with a gameplay trailer. From all of it, it’s confirmed that the fan-favorite fighters, Blaze and Alex will be returning for the sequel and while the original essence of the game has been maintained, the graphics look amazing with re-created artwork which enhanced the visuals to a great extent.

Fans can really look forward to it as from the screenshots, it seems that the project will be pretty awesome, and if you love the series then, you should probably get this one considering the fact that it’s returning after a pretty long time.

Streets of Rage 4is set for 2020 on Nintendo Switch, PlayStation 4, Xbox One, and Microsoft Windows

As per several reports, the Streets of Rage 4 is still on schedule for its release in later 2020. Yuzo Koshiro’s legendary composer would be coming on seat to help out with the newest entry in the Streets of Rage 4. Yuzo has previously worked on many legendary games as head of sound for Assassin’s Creed IV: Black Flag, A Plague Tale: Innocence and Dying Light 2.

I’m very grateful and humble for being the main composer on Streets of Rage 4. Of course the legendary @yuzokoshiro has also brought his magic! Many thanks to @Dotemu @Guard_Crush @lizardcube and @SEGA to have given me this opportunity! https://t.co/75Pxa31sDK