Tower of God is a story of a group of people stuck under a tower, Twenty-Fifth Bam and Rachel. They have spent most of life stuck in this place until things start to change for them. Tower of God was released this spring and is already being called the ‘next big thing’ in the anime industry because of its solid plot, great characters, and unique art style. Tower of God is a South Korean web manhwa (Webtoon) written and illustrated by SIU. An anime television series adaptation of the web manhwa series was initially announced at Seoul Comic-Con in August 2019. It got adapted into an anime series and ran from 1st April 2020 to 24th June 2020.

Tower of God sounds simplistic at first glance, but it’s a fascinating story with quite many twists and turns. Though, there are few sequences in anime series that don’t go according to the Webtoon, that was inevitable when they animated 78 full-length chapters into 13 episodes, in the end, everything fits perfectly, and so it doesn’t disappoint you. The story’s pacing is a little bit slow in the beginning, but later on, it catches the pace and keeps you engaged, the characters are revealed soon enough, and their motives are revealed little by little, and the world of the tower remains surrounded by mystery.

Tower of God is one of the best anime shows that was released this spring, and it has a total of 13 episodes, but in these 13 episodes, the story goes from level 0 to level 100 very quickly, and that will make you wait for the second season. The Webtoon manhwa readers might think that the level of anime is not great as few sequences were removed, but as a standalone, the anime is a pretty good watch. It is a must-watch. 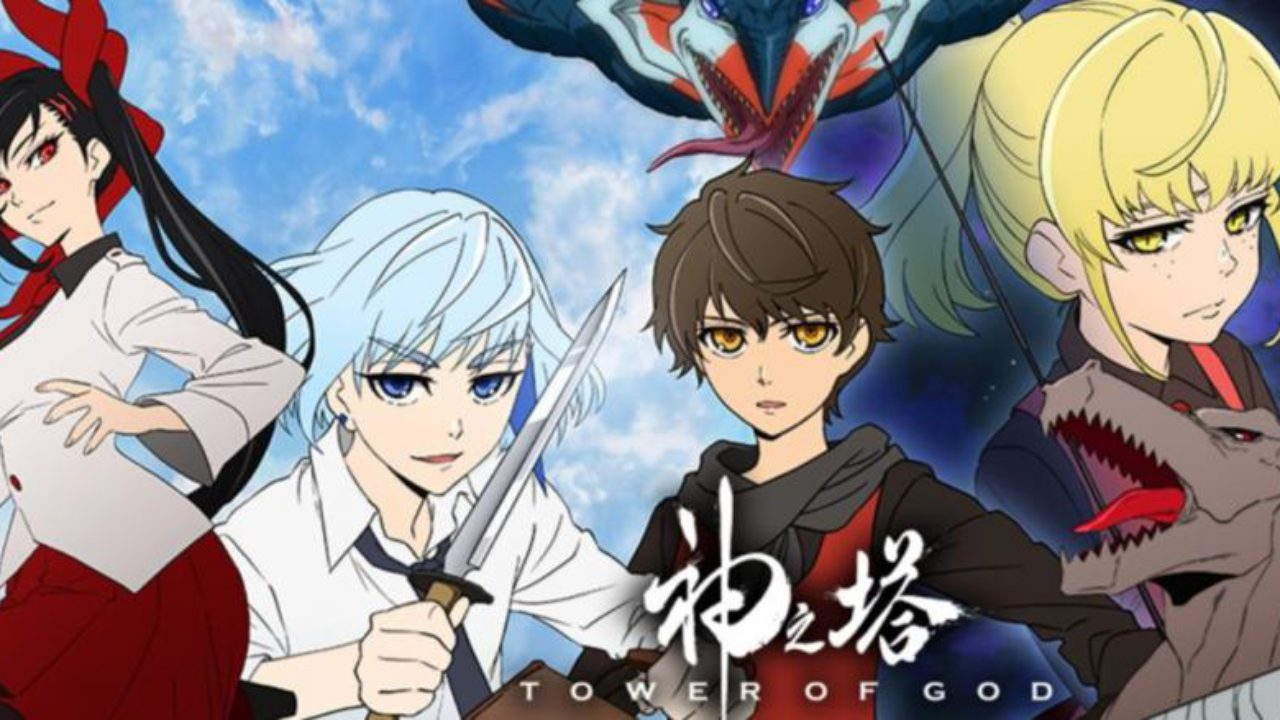 Tower of God has a great set of characters, Bam a genuinely nice guy, innocent, kind, and soft-hearted. Khun Aguero Agnes, the coolest guy and the star of season 1, his intellect matched with unshakeable confidence, is a delight to watch. Rak Wrathraiser, who is the second most innocent person in the tower after Bam, is comic relief and hilariously entertaining. Bam’s personality in season 1 is of a generic main character, but what do you expect from a person who has only known a single person his entire life, but as the story moves further, we expect that Bam would surely have some character development. Apart from these characters, Anaak Jahad, Shibisu, Yuri Jahad, Hatz, Laurie, and Endorse Jahad also make up for quite a great set of characters.

The art style used in the Tower of God is unique and memorable; it looks more sketchy and unusual than the art style we mostly see nowadays. In the beginning, the art style had mixed reception, some loved the change, which gave a different feel as compared to other anime, but some couldn’t get used to the change. Though most importantly, the art style is fitting for the story, and this also makes Tower of God a cut above the rest.

One thing that stood out the most was the soundtrack and background scores. During intense fight scenes or emotional moments, Kevin Penkin has delivered the background scores without fail. As for the opening ‘Top’ and ending ‘Slump’, they both are fabulous, and the lyrics of the tracks are perfect for the series, I couldn’t expect less as it is performed by one of the best K-pop bands ‘Stray Kids’ in Japanese, Korean and English for the respective dubs.

The series is produced by Telecom Animation Film, with Aniplex subsidiary Rialto Entertainment responsible for Japanese production. Telecom Animation Film has produced anime shows like ‘Orange’ and ‘Baki’ in the past; the upcoming show ‘Don’t toy with me, Miss Nagatoro’ is also a production of Telecom Animation Film. Crunchyroll streams the broadcast of ‘Tower of God’ as a co-production under its “Crunchyroll Originals” title. Previously Crunchyroll has streamed ‘In/Spectre’ under the label of ‘Crunchyroll Originals’, and there are many upcoming shows already announced under this label. Some of them released this year are ‘The God of High School’, ‘Gibiate’, ‘Noblesse’, ‘Freak Angels’. ‘The God of High School’ and ‘Noblesse’ are adaptations of Webtoon, and ‘Freak Angels’ is an adaptation of webcomic.