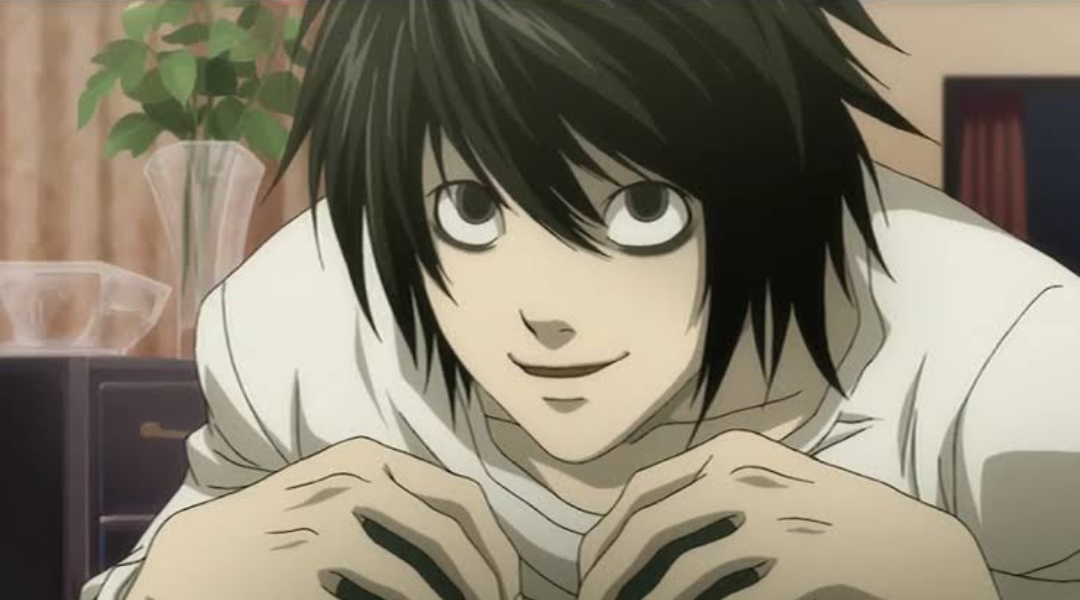 Killing off the impactful supporting characters have never been new into the anime world as it serves as a great way of plot development. However, sometimes the characters get endings that are far too painful to watch and a little too early for the viewers to accept. This concept makes the series more impactful, for sure, but premature deaths are definitely the last thing the viewers would ask the writers for. Here is a list of the top ten anime characters who were made to die too early in the show. Have a look at it. 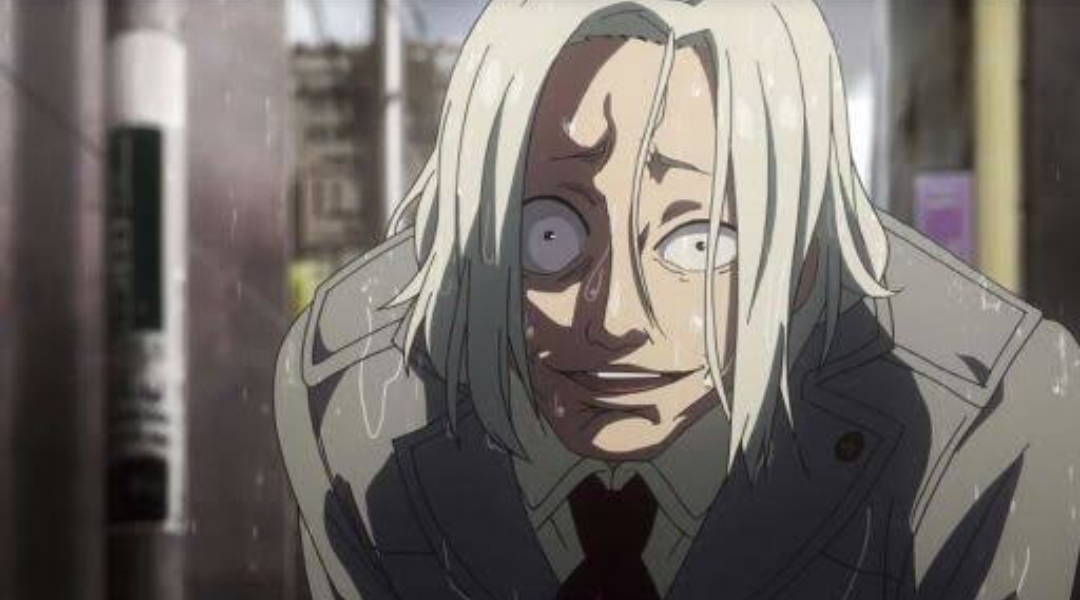 Even though Kureo Mado was an antagonist in the show, ‘Tokyo Ghoul,’ he managed to leave a mark among the viewers. A psychotic member of the Commission of Counter Ghoul, Mado was experienced and ruthless and had unmatchable Ghoul killing skills. Although there’s nothing good about him to point out, a villain like him in the series was indeed needed. The character managed to stand out among the other Doves and perhaps we could have seen a lot more fierce rivalry between him and Touka had he been not killed so soon. Mado was fond of quinques, which are the weapons made out of the kagune of ghosts and this somehow leads to his death in the first season. 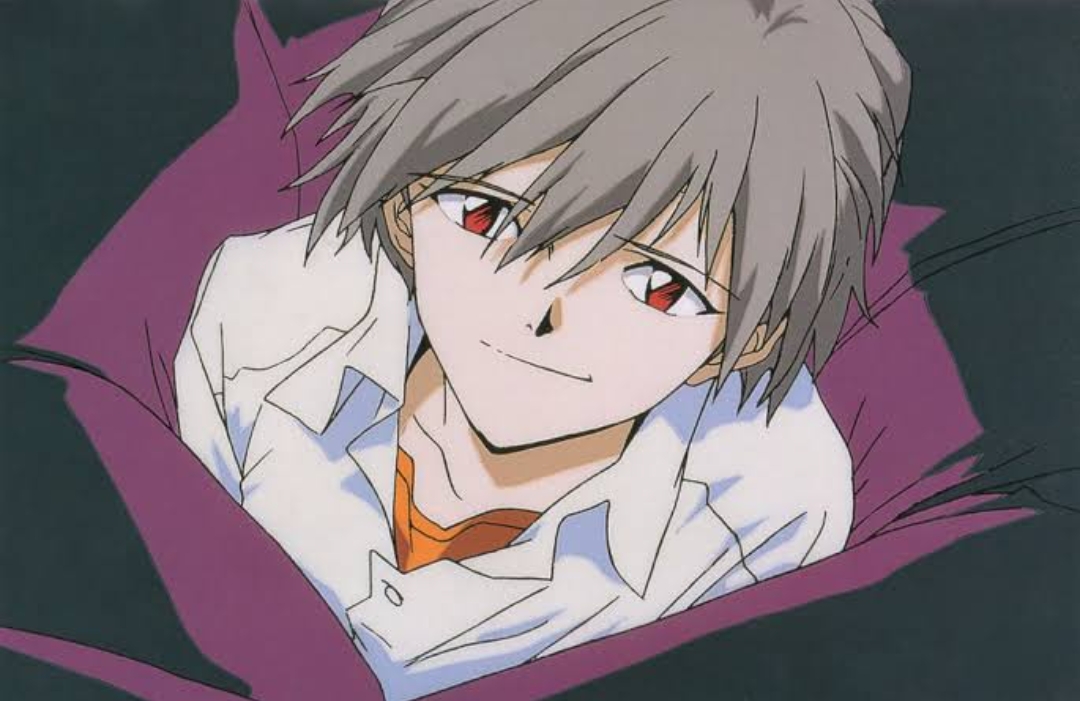 One of the first characters who got to connect with Shinji Ikari on a serious basis, Kaworu Nagisa indeed made his character shine in just a single episode. Just as Shinji felt like opening up to other people after spending a night with Kaworu, he is killed off in the very next episode. Being an Angel, he was at odds with the NERV organization and Shinji, but he accepts his death at the latter’s hands expressing how meeting him made his life worthwhile. Not that he suffered a tragic end, still his death isn’t something the viewers would have wanted to see when he’s a cinnamon bun too precious for this world. He was even brought back in the rebuild series, though his fate did not change. Had Kaworu survived till the end, the ending would have been a lot more satisfying and less complicated as well. 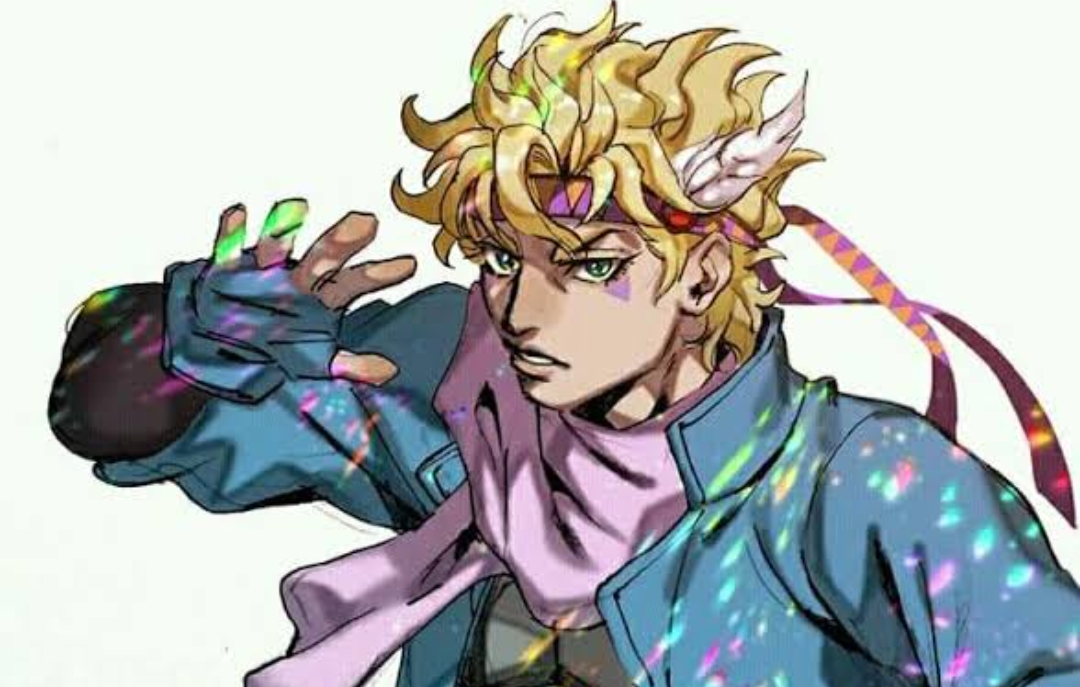 The plot of ‘JoJo’s Bizarre Adventure‘ primarily centres on the Joestar family battling supernatural enemies with the help of their peculiar superpowers. Despite Caesar Zeppeli not being a part of the Joestar clan, his death was no less devastating for the viewers. He could defeat the Pillar Men all by himself and even joined forces with Joseph Joestar to end the god-like race. It was unfortunate how decided to confront two Pillar Men together at the heat of the moment and ended up getting crushed under a massive stone cross. The man was as good as JoJo and it was none but him who could make bubbles look perilous. At least he could have been given a more dignified death, or perhaps no death at all! It feels so great to imagine how Stardust crusaders would have appeared with two grandpas having their backs. 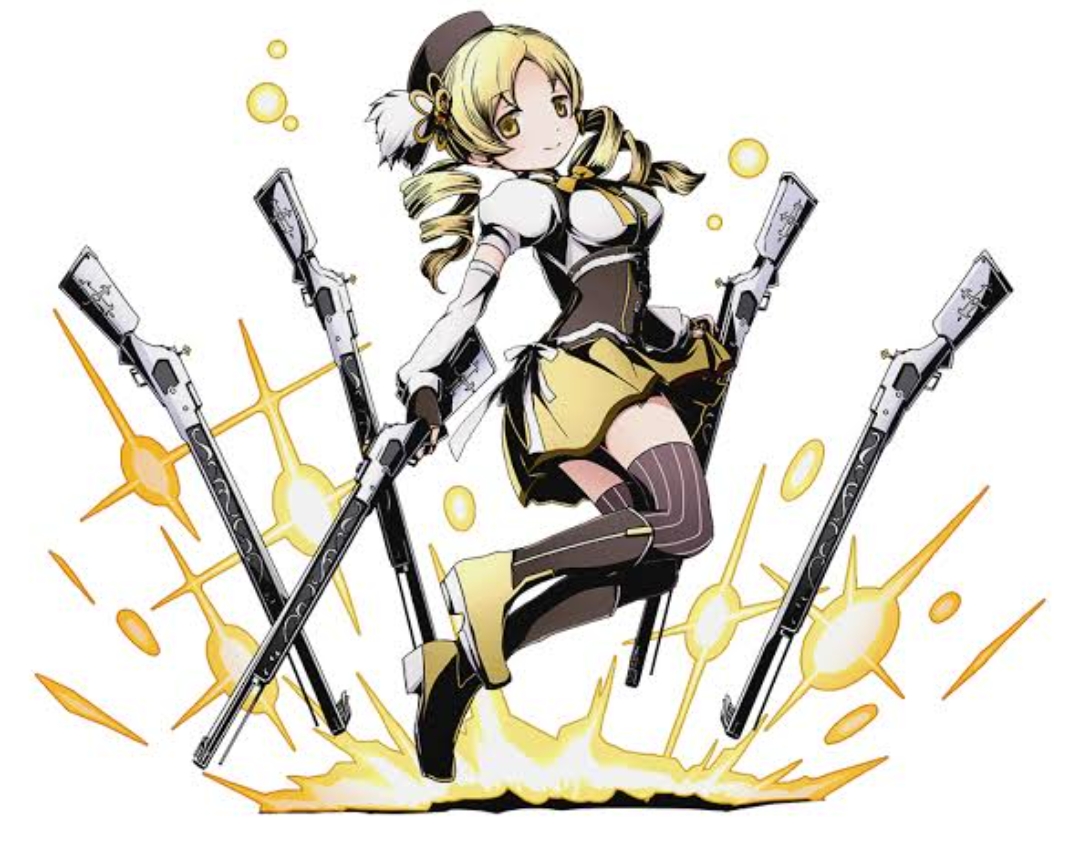 Mami was kind, warm and welcoming and it seemed as if she had everything under control before she was killed by a witch unceremoniously. She was a mentor to Madoka and others and was responsible to warn them of the dangers and delights involved in fighting witches. Mami was made to die in the anime in order to illustrate the dangers of fighting the witches but it was totally unfair from her perspective to get such fate as a magical girl who took up the position just for her survival.

Read: The Most Powerful Characters Of ‘Yashahime’ Ranked 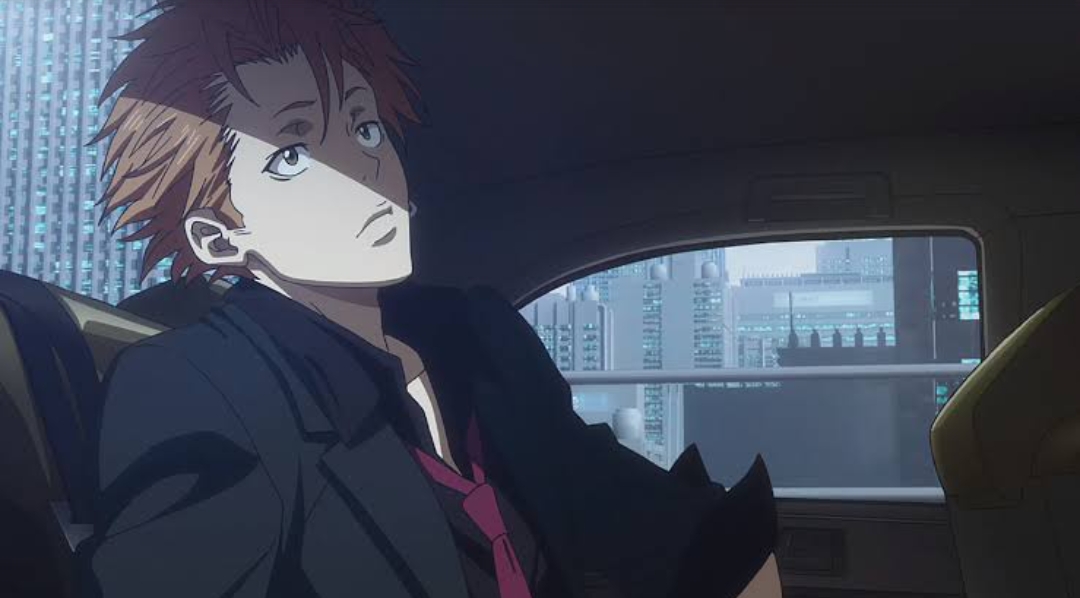 One of the characters whom we desperately wanted to see again in the next season is none other than the Enforcers’ resident jokester, Shusei Kagari. Although he is mainly known for tickling our funny bones with his jokes and sarcasm, his life had never been fun. He had to become an Enforcer since it was already decided as soon as he turned five. He used to help the police to locate the criminals but was never himself inclined to commit crimes. Eventually, he suppressed his unhappiness and did what he was supposed to, disguising his miserable life dearly with his smile. It was kind of tragic to have Shusei Kagari’s character killed off in between a mission and although we hoped his sacrifice would have real meaning, no major change was brought out. His absence definitely made the show lose its humour to some extent.

The most heartbreaking deaths are of the ones who stand out more than just mere supporting characters and Kamina’s character is definitely one of them. The man, who over the course of eight episodes, win our hearts with his love for a particular busty lady, his condemnation for shirts and his trust in his little brother— Kamina cheered us, made us laugh and then forced us to shed tears at his death. Although the demise of his character served a bigger purpose, the makers of the anime could have got what they wanted without having to eliminate a magnificent character like him. Getting to see him die during one of the most important battles of his life is indeed disappointing and unwanted.

4. Your Lie In April: Kaori Miyazono 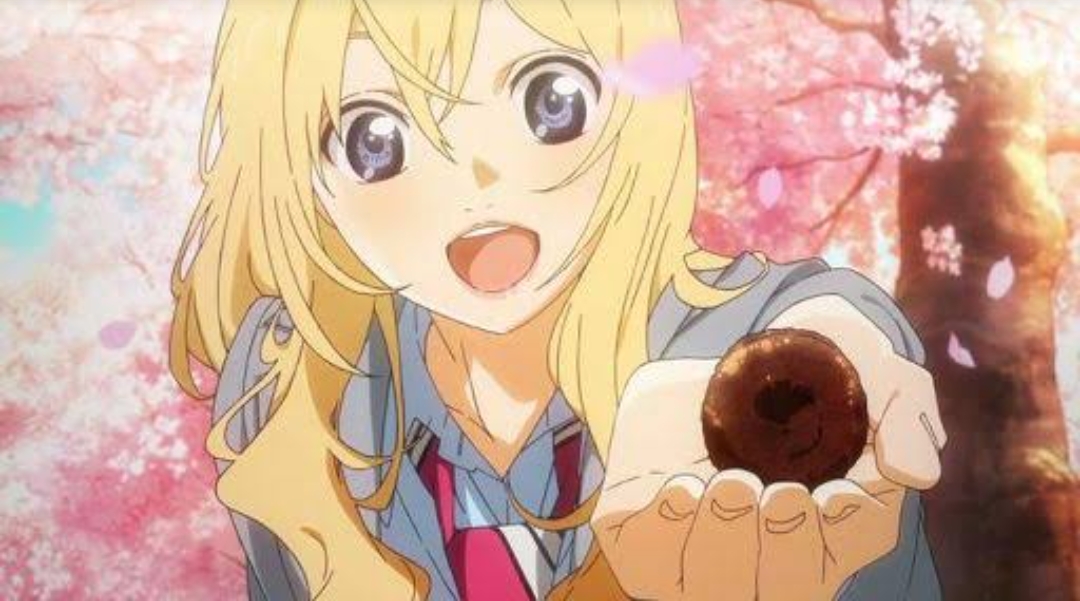 Does it not cross your mind once in a while what if Kaori did not die in the anime? Well, at least we would not have to cry a river and force a whole box of tissues to become non-existent. Kaori was a pure-hearted person and had dreams of her own like any other teenager. However, that does not let go of the fact that she suffered from a terminal illness and had to die when the time demands. What seems more heartbreaking is the fact that she could not get to confess her true feelings to Kousei Arima nor know that he reciprocated them as well. At least she could have a satisfying ending of her own by confessing her love but the writers did her dirty. 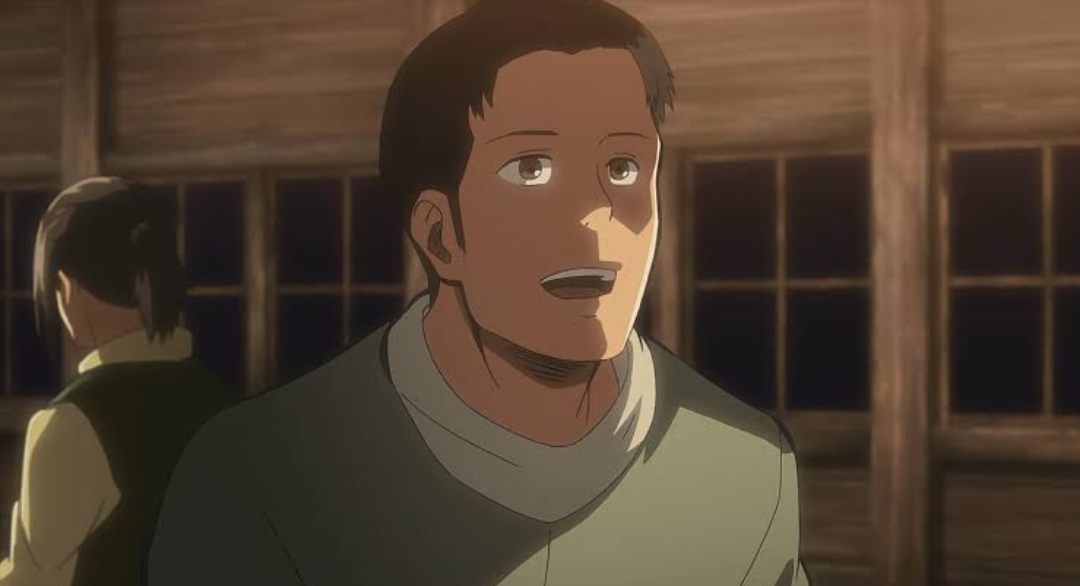 Marco is just another character whose idealistic views could have helped to bring about changes in the organisation but ended up with one of the first major deaths. He just wanted to be friends with everyone’s favourite prick Jean and this could have delivered some potential plotlines for the anime as well. Instead, the death of Marco did not bring about much of the substance to the show and even deprived the viewers to watch the budding friendship between him and Jean. His death comes off as a warning to Jean as he decides not to let any more of his comrades die like the way Marco did.

What made the viewers keep coming back to this anime was the battle of the brain taking place between L. God of the New World (Ryuzaki) and Light Yagami (Kira). No matter who won the battle at the end, L definitely managed to create a huge impact on the fan base, enough to let some of the viewers stop watching the show after his death. His replacement, Near did manage to take Light down, but the chemistry between them was nowhere close to the surprising intimate bonding between L and Light. Had it been L who defeated Light, the show would have been more interesting and the standard of the anime as a whole would have risen. 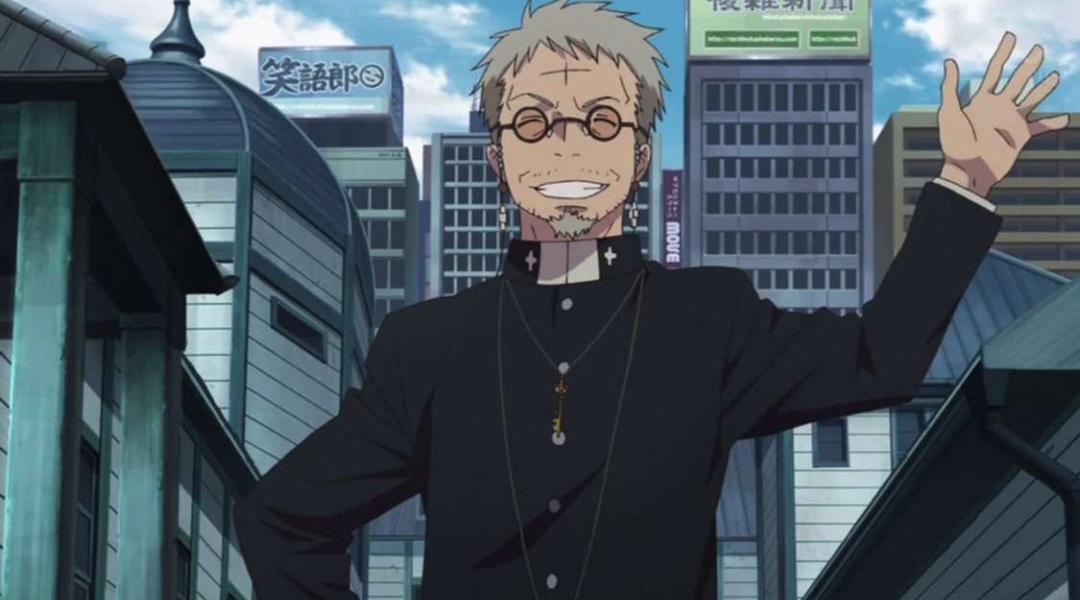 You have to admit, Shiro Fujimoto’s character did not deserve to die so soon. However, unlike the father figures of most other anime heroes who faced a miserable ending, Shirou was not someone easily defeatable. He was a Paladin priest having the capability to exorcise demons in motion and if not for the Devil himself, Rin’s biological father, he might not have fallen under the demonic possession. Not only did he not kill Rin and Yukio, the sons of the Devil, but raised them going against his principles. Although it was ridiculously brave of him to stab himself to death in order to end the possession by the Devil, it seemed unfair that the viewers got to see so less of him in action. It would have been great to see him getting more screen time before his death.