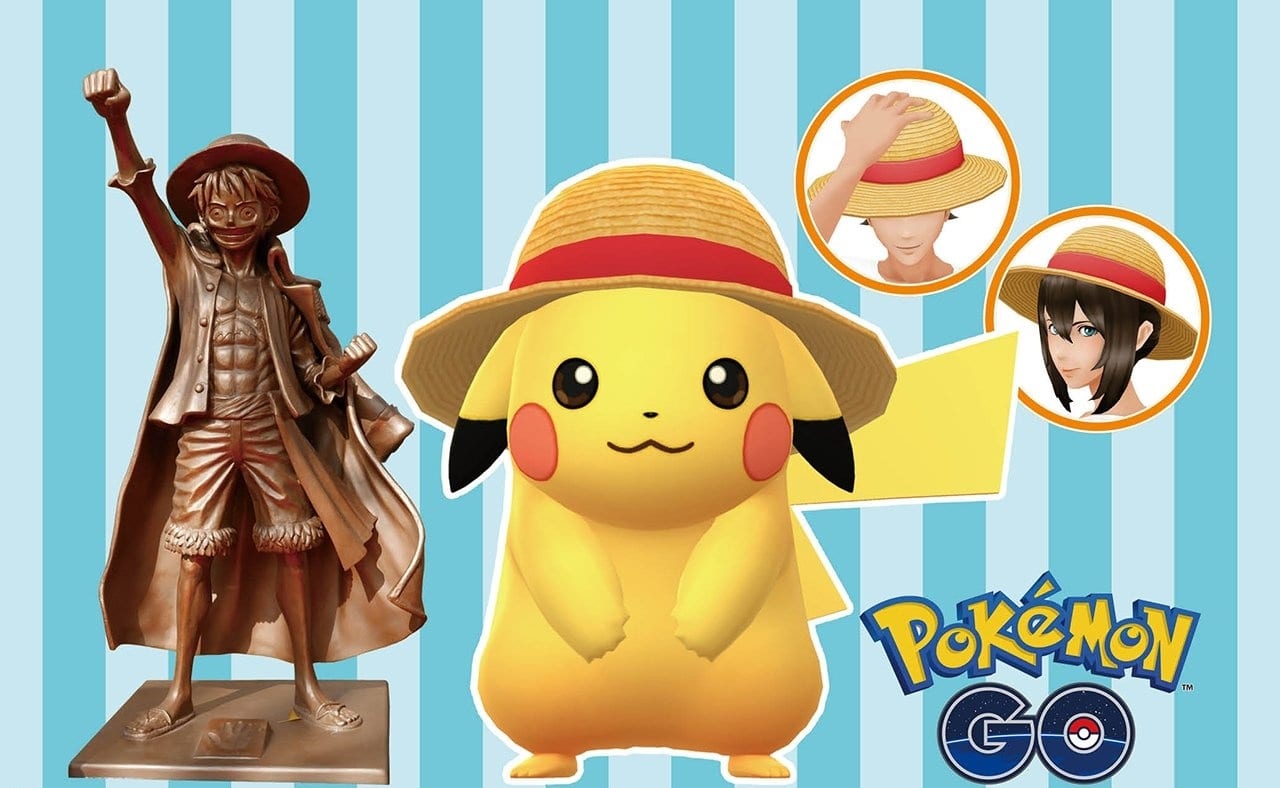 Pokemon and One Piece is getting a surprise collaboration with One Piece. It was confirmed earlier that Pokemon Go would be collaborating with One Piece. It was announced by Pokemon Go that a special Pikachu would be available in Pokemon Go starting from July 22nd. The new Pikachu will have Luffy’s straw hat. The new Pikachu is being released because of an ongoing campaign to support the reconstruction of the Kumamoto Prefecture, that was hit with a very nasty earthquake in 2016.

The new event is also being used to celebrate the third anniversary of Pokemon Go’s release in Japan and the 22nd anniversary of One Piece. Eiichiro Oda, One Piece creator, has been actively participating in the rebuilding of Kumamoto Prefecture because he was born there. He has been donating several statues that feature the Straw Hat Pirates, which are going to be placed all around the Prefecture.

These statues are gonna be turned into PokeStops, which will feature special sequential images drawn by Oda that form a comic. Also, the players will be able to pick up Luffy’s straw hat as a costume item. The Pokemon Go event is going to take place from July 22 to July 29. So, don’t forget to mark your calendars so that you don’t miss the event.