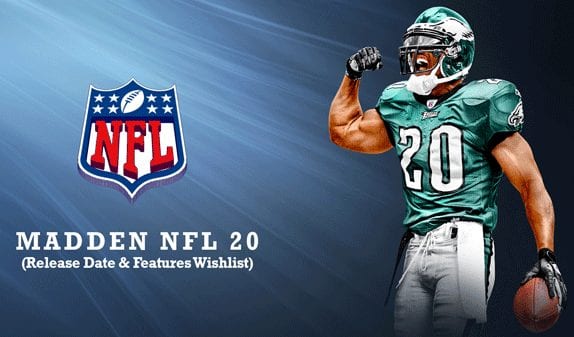 EA’s Madden NFL 20 is one of the most anticipated games of 2019, just as it is every single year. The game is expected to come with major improvements this year and fans are expecting EA to finally step up and make huge changes, not just re-skin the game and sell it as an upgrade.

Madden 20 is definitely going to be better. After having faced a lot of criticism, EA will definitely want to improve the experience of the game. In this post, we’ll be discussing everything about the game, including the update, the gameplay expectations and everything else that we know. So, let’s get started on this post right now.

So, when do we expect Madden NFL 20 to get announced? Games like Madden usually get announced at the same time every year, that is, during the Q2 phase of the year. This year, we expect things to be the same and Madden 20 will likely be announced in May, or June 2019. The update of the game is expected to be in the same fall window.

We think Madden NFL 20 will come out with loads of new features. Rumors suggest that one of the biggest improvements that will be made to the game aside from enhanced graphics and player updates is the ability to make a player in Franchise. This used to be the renditions of the PlayStation 2 game, and we hope that it makes its way back to the next installment of the game too. Aside from this, rumors suggest that the game will have improved commentary and advanced emotions for players.

The Madden 20 update expected for August 2019, and there is an excellent chance that an official announcement will be made early this month. Parent company EA Sports usually releases a Madden game which is timed to the start of the NFL pre-season games, and we’ve seen them push up the release slightly in recent years.

This year sources have speculated update for August 9th only if production company EA sticks to their new schedule. This would indicate likely that a special edition of the game would and should arrive on August 6th for EA Access and Origin Access Premier subscribers and they may be able to play the game as early as August 1st. The Madden 20 is priced at $59.99 for the base version of the game according to GameStop website. GameStop is currently the only retailer listing Madden 20 for sale and only the base edition of the game.

One should expect Madden NFL 20 to be priced at $79.99 or similar for the special edition that would be focusing on Madden Ultimate Team bonuses.