Selling Sunset Season 4: Release Date, Cast, Plot and All You Need to Know

With the conclusion of Selling Sunset Season 3, fans are desperately waiting for a new season, however, what is the current status of the show? 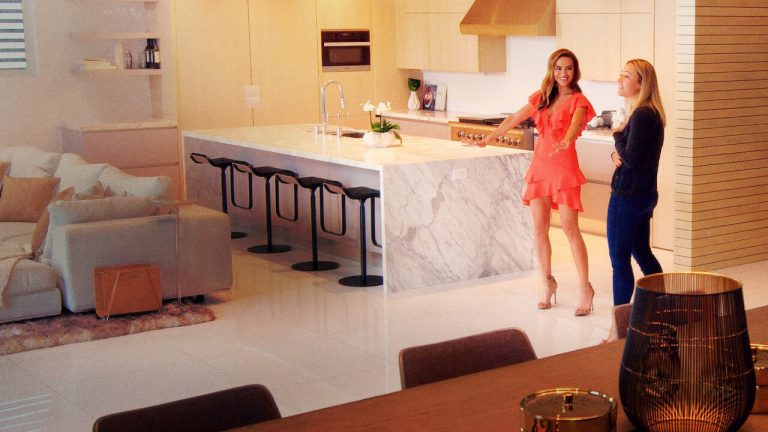 The American reality TV series Selling Sunset just concluded its third season, and fans can’t wait to see what lies ahead in season 4. A lot of new information and speculations have surfaced up, and we have gathered all the recent updates and information regarding the show, so here is everything you need to know about Selling Sunset Season 4.

As of now, Netflix is yet to renew the show for its fourth installment, however, according to the cast, the show will get a renewal soon. In an interview, Chrishell Stause revealed that the show is a ‘breakout success,’ and she is highly confident that Netflix will give season 4 a green light soon. Christine Quinn is also very excited to join the family back despite revealing some of her problems regarding office-politics.

Selling Sunset follows the lives of a group of agents, and it revolves around Los Angeles’ high-end properties that are marketed by the real estate brokerage firm of the Oppenheim Group. The show focuses on both the professional and personal lives of these agents. The show returned with its third season, and fans are looking forward to seeing what happens in the fourth season if that gets a green signal from the network.

According to the latest updates, the upcoming season will follow the events from season 3’s finale, and it will welcome some new guests as well. According to various speculations, the show still has a lot of more drama, especially between Christine and Chrishell, that will keep up for more seasons beyond 4. Apart from that, season 4 might also explore the fallout of Justin Hartley and Chrishell’s divorce.

Also, the showrunner Adam DiVello dropped an interesting update on season 4. Although the show is yet to be renewed, Adam DiVello teased fans that season 4 might feature Tarek El Moussa (the person Heather Rae Young got engaged with). DiVello also revealed that amidst the current pandemic, they would eventually have to follow Netflix’s protocols and because the crew consists of members less than 40, DeVillo shrugs off the social-distancing related problems.

As far as the cast of the show is concerned, all the girls are expected to return except Maya Vander. Maya previously hinted that season 3 might be her last season in the show. So, the girls expected to return include Jason Oppenheim, Brett Oppenheim, Chrishell Stause, Christine Quinn, Mary Fitzgerald, and Heather Rae Young. Apart from them, Heather’s partner Tarek El Moussa might also appear in season 4.

Season 3 of Selling Sunset consists of 8 episodes which are as follows:

All of the previous three seasons featured eight episodes, so season 4 is expected to follow the same pattern.

Selling Sunset Season 4 is expected to release in late 2021. The show is yet to be renewed, however, we will keep you posted as soon as Netflix drops the official announcement.