My Hero Academia Season 4 is well and underway, and this season’s main focus is the Shie Hassaikai, also known as the Eight Precepts. Their leader, Overhaul, is the main antagonist of the arc. Overhaul was recently introduced properly when he met Shigaraki Tomura and told him to join forces with him. Unfortunately, the meeting didn’t go as planned, but Overhaul did make a great impression. Right there, some of the members of the Eight Precepts were revealed to us. Still, they haven’t had any major roles in the series yet, but will soon get them. 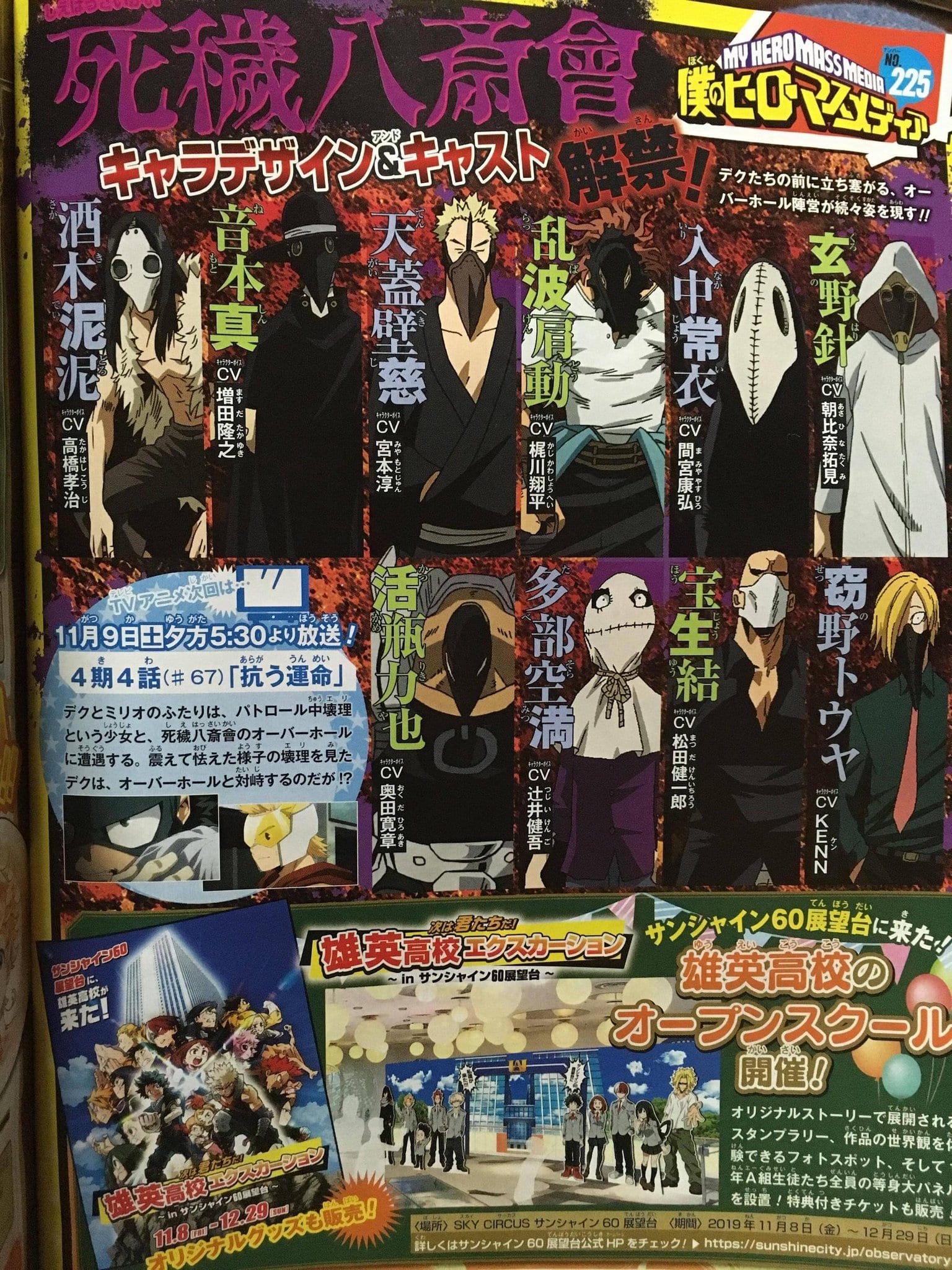 My Hero Academia recently revealed a scan for the Eight Precepts arc, and a total of 10 new characters were revealed to us. Here are the new characters and the voice actors who will be appearing in the Shie Hassaikai arc of the series:

Along with that, we also know that the anime is on a break this week, which means the continuation of the arc will have to wait. Those of you who were looking forward to watching the next episode of the series later this week will be disappointed to know that it won’t happen before November 11, 2019.

What are your thoughts on the new cast members for the Shie Hassaikai arc? Let us know your thoughts in the comments section below!