Boneworks is an upcoming VR that will be releasing for Vive, Index, Rift and Windows Mixed Reality. The game is quite unique as it has complex physics and grappling simulations to such extent that we haven’t seen in a VR game.

In this game, you can grab an enemies’ limbs in different areas but it doesn’t end there as there is realistic climbing, using environmental objects as makeshift weapons, realistic gun handling and physics-based puzzles. All this was shown in the newest trailer. 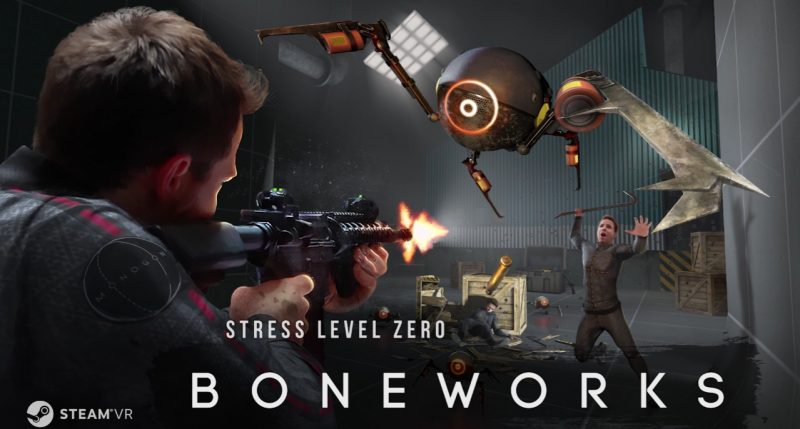 This is quite impressive that we are getting a game like this. It has been done before in Blade & Sorcery doing it very well. However, they’re all either still in early access, or more limited in scope than Boneworks.

The game also has a story in it which is described as “Play through the game’s mysterious narrative and explore the deep inner workings of the Monogon Industries’ artificial intelligence operating system; Myth OS.” There are also a ton of weapons in this game which will make it even more fun to play some of them are swords, axes, clubs, spears, hammers, experimental energy weapons, nonsensical mystery tools, and anomalous physics weapons.

All in all this game look very good and it has gotten the attention of many players. Theof the game has been released which is 10 December 2019 but the price of the game is still unknown.